X
Advertise with us
Akanksha 23 February 2014

Cable-stayed bridges gained popularity over suspension bridges by offering cost savings in steel and concrete, depending on the span. Roadtraffic-technology.com lists the world’s ten longest cable-stayed bridges based on main span length, and details their construction history.

The world’s longest cable-stayed bridge is the 2,680m (main span) JiaShao Bridge spanning the Qiantang River at the mouth of Hangzhou Bay in China. The bridge forms part of the 69.5km Jiaxing-Shaoxing River-crossing Expressway and consists of eight traffic lanes. The bridge is 55.6m wide and features six single-column pylons. It was opened to traffic in July 2013.

JiaShao is the second cross-sea bridge to be constructed in the Hangzhou Bay after the Hangzhou Bay Bridge, which opened to the public in May 2008. The new bridge’s construction was started in December 2008 and used approximately 78,235t of steel and up to 130 bored piles of 3.8m diameter each.

The construction work was carried out by China Railway Baoji Bridge Group (CRBBG), while the piles were installed by China Major Bridge Engineering. The total cost of the bridge was approximately CNY14bn (approximately $2.26bn).

With a main span of 1,104m, the Russky Island Bridge is the world’s second longest cable-stayed bridge. The bridge spans the Eastern Bosporus Strait and connects Russky Island with the city of Vladivostok in Russia. It comprises 11 spans with a combined length of 1,885m, while the overall length, including viaducts, is 3,100m.

The bridge’s construction started in the third quarter of 2008 and traffic was allowed from July 2012. The bridge is made up of two lanes in each direction, with its two concrete towers possessing a height of 321m. The longest and shortest cable stays of the bridge are respectively 579.83m and 135.77m-long.

The Russky Island Bridge is owned by the Federal State Institution Directorate of the Federal Road Agency in Vladivostok. USK MOST was the main contractor for the construction, while NPO Mostovik acted as the designer and consultant. The cables were installed by Freyssinet, a subsidiary of Vinci Construction, while the equipment for structural protection was provided by Maurer Söhne. The total cost of construction reached approximately $1bn.

The Sutong Yangtze River Bridge’s main span measures 1,088m long, while the overall length is 6,000m. The bridge connects the cities of Suzhou and Nantong.

Construction of the cable-stayed bridge started in June 2003 and was completed in January 2008. The bridge was officially opened in June 2008 and contains six traffic lanes including emergency lanes. Supported on bored piles, the bridge’s two towers are more than 300m high. The main span is supported by 272 stay cables with lengths of up to 578m. More than 32.2km of cables built from 200,000t of steel were used for the bridge construction. 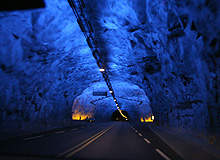 The Stonecutters Bridge crosses the Rambler Channel in Hong Kong, connecting Nam Wan Kok, Tsing Yi Island and Stonecutters Island. Its main span length of 1,018m makes it the fourth longest cable-stayed bridge in the world. The bridge serves as the main entrance to the Kwai Chung Container Port and has an overall length of 1,596m.

Construction of the Stonecutters Bridge commenced in 2004 and the bridge was opened to traffic in December 2009. The bridge was constructed as part of the Route 8 project, an east-west expressway linking Hong Kong International Airport, Chek Lap Kok at Lantau and the urban areas of the Kowloon peninsula. The bridge carries three lanes in each direction, and has two concrete and stainless-steel towers measuring 298m-high.

The main contractor for the bridge project was Maeda-Hitachi-Yokogawa-Hsin Chong Joint Venture (MHYH JV). Aecom acted as the main consultant to the MHYH JV. The main architect was Dissing + Weitling, while Flint&Neill, Halcrow and SMEDI acted as the engineers. The detailed design and construction supervision works were carried out by COWI in association with Ove Arup and Partners. The cable stays for the bridge were supplied by Nippon Steel.

Edong Bridge, with a main span length of 926m across the Yangtze river in Hubei province, is the world’s the fifth longest cable-stayed bridge. Construction on the nine-span continuous cable-stayed bridge was started in 2008 and completed in 2010.

The Tatara Bridge spanning the Seto Inland Sea, with a main span length of 890m, is the sixth longest cable-stayed bridge in the world. The overall length of the bridge is 1,480m and the total width is 30.6m. The bridge forms part of the Nishiseto Expressway, which is commonly known as the Shimanami Kaido.

Construction of the Tatara bridge started in August 1990 and was completed in May 1999. The bridge carries two lanes in each direction including pedestrian and cycle ways, and includes two inverted Y-shaped towers that are 226m-high. The bridge’s side span on the Ikuchijima Island side is 270m, while the side span on the Ohmishima Island side is 320m. The designed speed of the bridge lanes is 80km/h.

The bridge is maintained by Honshu-Shikoku Bridge Authority. IHIYokogawa- NKK-Takigami-Matsuo Specified Construction Joint Venture built the Ohmishima Island side of the bridge.

The Pont de Normandie, with a main span of 856m, is the world’s seventh longest cable-stayed bridge. The bridge crosses the river Seine about 15km east of Le Havre, and has an overall length 2,141m. It carries a two-lane motorway in each direction and links the communes of Le Havre and Honfleur in Normandy. The bridge also features a cycleway and a pedestrian path in both directions.

The bridge began construction in March 1988 and was opened to traffic in January 1995. The two 204m high towers forming part of the bridge required 7,600m³ of concrete and 11,700t of steel frames. The bridge features 184 cable stays with lengths ranging from 95m to 460m, and the towers are supported by 28 piles. Earlier plans considered the option of a suspension bridge over the existing cable-stayed bridge, but the decision was rebuffed.

Michel Virlogeux, along with architects François Doyelle and Charles Lavigne, provided the design for the cable-stayed bridge. Construction was carried out by GIE du Pont de Normandie comprising of Bouygues, Campenon Bernard, Dumez, Monberg & Thorsen, Quillery, Sogea, and Spie Batignolles. The fabrication and erection of the steel deck, including the supply and installation of the cable stays, were carried out by MT Højgaard. The bored piles were supplied by Bilfinger Berger.

The Jiujiang Yangtze River Expressway Bridge, with main span length of 818m and overall length of 1,405m, is the eighth longest cable-stayed bridge in the world. The bridge forms part of the 8,462m Fuzhou to Yinchuan Expressway (Fu yin expressway) and connects Hubei and Jiangxi provinces.

The bridge’s construction was started in 2009 and took approximately four years to complete. It carries six lanes of the Fuyin expressway in two directions and is designed for speeds up to 100km/h. Traffic has been allowed on the bridge since October 2013.

The bridge is comprised of six asymmetric spans and composite girders, and is installed with 216 steel cables. The steel box girders were fabricated by Jiangsu Zhongtai Bridge Steel Structure Company (ZTSS). CCCC Second Harbor Engineering constructed a section of the bridge under a RMB620m (approximately $101m) contract. Ossen Innovation Company supplied the galvanised pre-stressed steel wires used in the production of the bridge cables. China Major Bridge Engineering Company (MBEC) was also involved in the construction of the bridge.

The bridge connects Bailuo Town, Jianli County, and Jingzhou City of Hubei Province at the north bank and Daorenji Town, Yunxi District, and Yueyang City of Hunan Province at the south bank. It has a unilateral cable-stayed structure, and contains mixed beams and double towers. The steel deck of the bridge was built using epoxy asphalt concrete.

The tool bridge carrying three lanes in each direction was constructed with an investment of KRW1.25 trillion (approximately $1.4bn). The construction was started in June 2005 and traffic was allowed in October 2009. The bridge is designed to withstand hurricane force winds, a 7.0 magnitude earthquake, and impact from a 100,000t ship. Its foundations are laid in water up to 20m-deep. The main tower of the bridge is 230m-high.

KODA Development, a joint venture between AMEC and the city of Incheon, owns and manages the bridge. A Samsung-led joint venture, including Samsung Engineering and Construction, Daelim, Daewoo, Hanjin, Hanwha, Kumho and GS, carried out the design and construction. Chodai Company, Seo Yeong, and Hyundai Engineering and Construction provided the structural engineering. Arup, in a joint venture with Halcrow and Dasan, provided the contractor’s checking engineer services. The basic bridge design was developed by Buckland & Taylor.