Dimensions for the Bridge 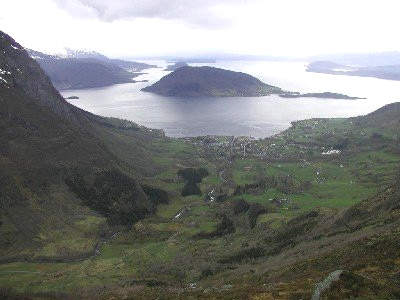 The height of the towers above sea level is approximately 186m. The Hardanger bridge has a clearance above mean high water at mid-span of 55m. 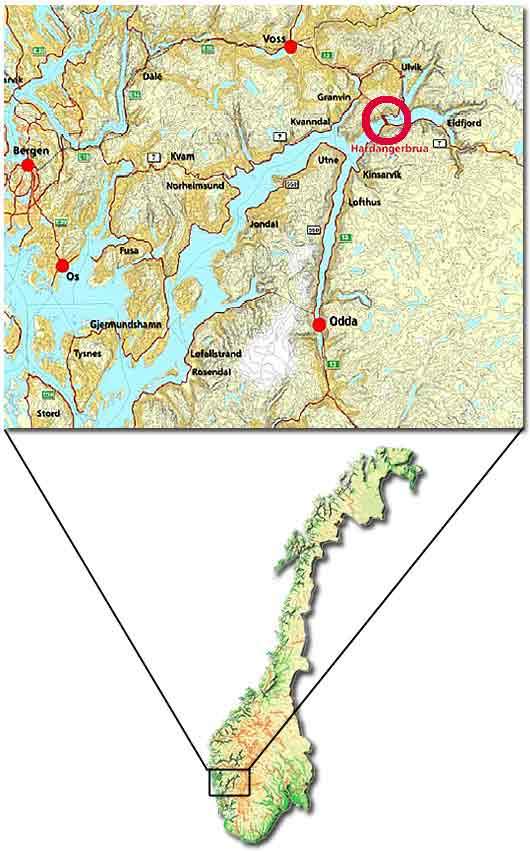 The suspension bridge crosses the Hardangerfjord in south-western Norway. 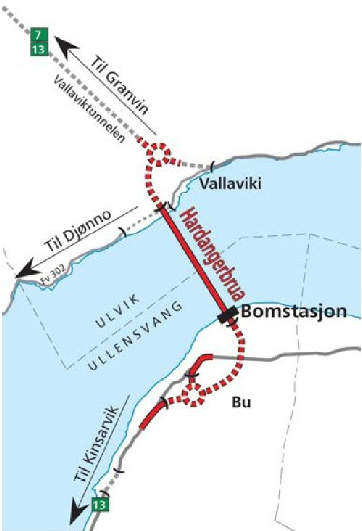 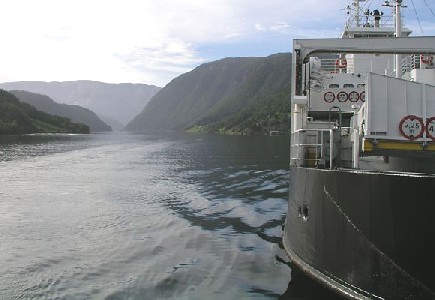 The bridge replaced the ferry connection between Brurvik and Brimnes.

The Hardanger Bridge is a 1,380m-long suspension bridge opened in August 2013. It crosses the Hardangerfjord in Norway and replaced the ferry connection between Brurvik and Brimnes on the highway 7/13.

The bridge has one of the longest spans in the world at 1,310m and is 30m longer than the Golden Gate Bridge in San Francisco.

The Hardanger crossing caused controversy in Norway after several parliamentary parties opposed the project. Approval for the bridge was given in February 2006 by the Storting, Norway’s Parliament.

Construction of the bridge was started in August 2009.

“The bridge has one of the longest spans in the world at 1,310m and is 30m longer than the Golden Gate Bridge in San Francisco.”

The height of the towers above sea level is about 186m. The bridge has a clearance above mean high water at mid-span of 55m.

In addition, a 0.9km-long footpath and a cycle path was built towards the bridge. In the north end, the approach road starts at a roundabout inside the existing Vallavik tunnel. This roundabout divides the traffic between Granvin, Ulvik and the Hardanger bridge.

The south side of the bridge connects to a 1,200m-long tunnel that ends in a three-way roundabout. The approach road is7.5m wide and the speed limit is set at 80km/h. The bridge can handle a daily traffic volume of 2,000 cars.

Purpose of the bridge

Long-distance travel and transport have been made easier by providing a ferry-free connection east-west and north-south. Toll collection is at the south end of the bridge.

Construction of the approach roads and bridge was started in March 2007and May 2009, respectively.

The project’s engineering was carried out by Statens Vegvesen, region west (Veidirektoratet).

The tunnel was constructed by AF Skandinavia. Steel deck and cable works contractor was MT Hojgaard. Concrete works were carried out by Veidekke.

Much of the surplus rock and spoil from the initial stages of construction were distributed at sites in Eidfjord County.

The 1,842m-long, four-lane bridge on the E-18 highway, Norway, is the fourth bridge across the Drammen River.

The I-64 Daniel Boone Bridge provides access for Interstate 64, US Route 40 and US Route 61 crossing the Missouri River between St. Louis County and St. Charles County in Missouri, USA.