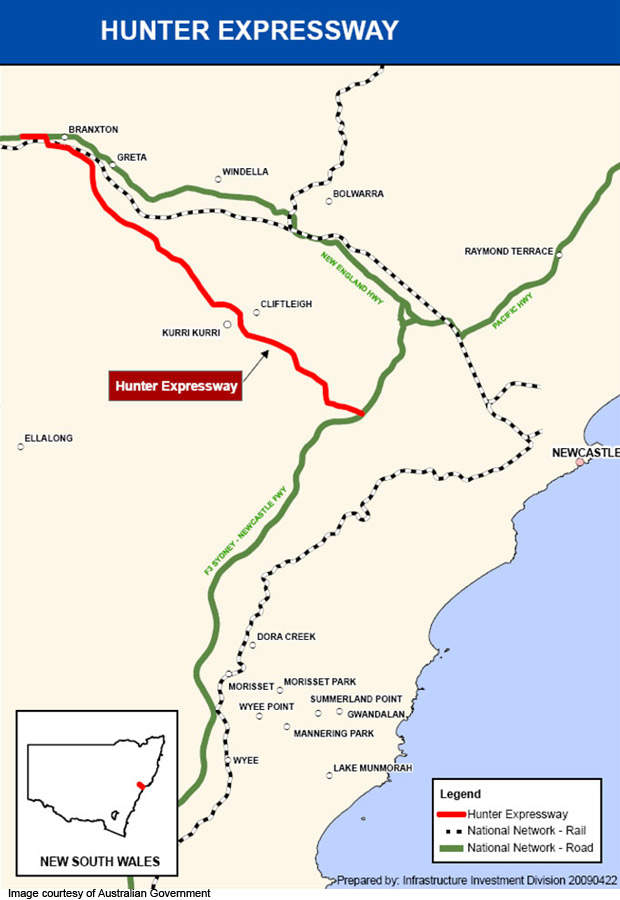 The red line in the map represents the Hunter Expressway. 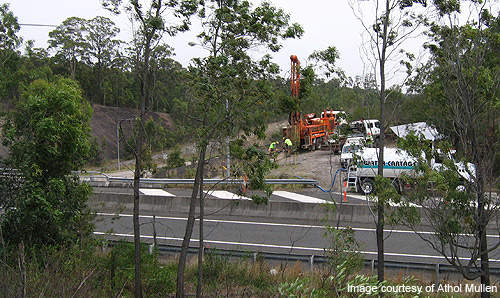 The preparation works for the construction of F3 to Branxton dual carriage way. 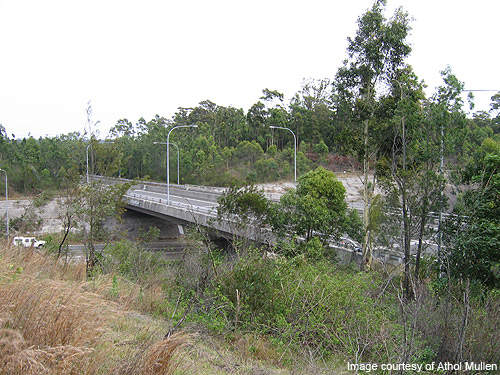 Southeast end of the Hunter Expressway is connected to the F3 Freeway and Newcastle Link Road. 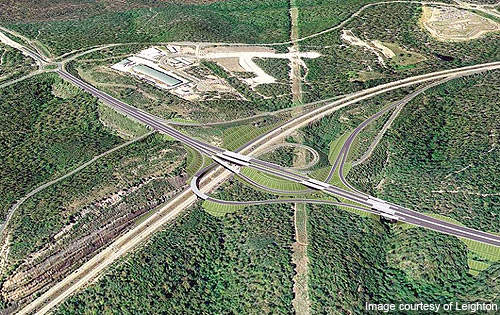 Aerial view of the Hunter Expressway.

The Hunter Expressway is a 40km-long four lane expressway located in New South Wales, Australia. The dual carriageway is a link road, which connects the New England Highway at Branxton and the F3 Freeway (also called Sydney-Newcastle Freeway) at Seahampton.

The expressway was first proposed in 1988. In the planning stage it was called the Kurri Kurri Corridor or F3 to Branxton link.

Construction of the project was started in August 2010 and operations were started in March 2014. The total project cost was estimated at A$1.7bn.

The new expressway reduces the travel time between Newcastle and the Branxton Hunter Region by 28 minutes.

It also relieves congestion on the New England Highway and provides a direct route for freight movements between Upper Hunter and the Port of Newcastle. The expressway is expected to carry about 30,000 vehicles a day. The project has created approximately 800 local jobs during construction.

"It will also relieve congestion on the New England Highway."

The Hunter Expressway is part of a major transportation infrastructure programme in the Hunter Region and consists of six interchanges at Newcastle/M1 Pacific Motorway, Buchanan, Kurri Kurri, Loxford, Allandale and Branxton. It is also connected to the New England Highway at Lower Belford. The Roads and Maritime Services (RMS) of NSW constructed the expressway in two separate sections – eastern section and western section.

In 2001, the design for the expressway was ready with a speed limit of 100km/h. In 2007, however, the RMS made changes to the design, including increasing the speed limit to 110km/h. The modified design was approved by the New South Wales Department of Planning.

The south-east end of the freeway will be connected to the interchange of F3 Freeway and Newcastle Link Road. This interchange will be upgraded with three additional bridges and two full interchanges.

A half interchange was constructed between Loxford and Allandale. The project also included A$20m utility adjustments and repairs to about 10km length of state and local roads.

The project was considered to be technically complex as the corridor has many mine subsidence areas and acid sulphates containing soils.

Construction of the Hunter Expressway

Work on the 13km eastern section was started in August 2010. The scope of work included construction of three 40m high viaduct bridges and 16 other bridges. The eastern section includes two grade-separated interchanges, at the F3 Freeway and at Buchanan.

The viaducts located 1.4-2.7km west of F3 freeway, stretch to a total length of 787m and height of 47m. Two million cubic metres of earth works were carried out during the construction.

Bridge abutments were placed for two of the bridges built over F3 freeway. The piling works for the new bridges at Wallis Creek were completed in July 2011.

The western section includes four grade-separated interchanges – at Kurri Kurri, Loxford, Allandale and Branxton. It involved construction of 22 bridges, three million cubic metres of earth works and treatment of two mine subsidence areas. As of September 2011, around 12% of earth was moved.

Temporary roads were built to divert the existing traffic including the traffic at Allandale interchange. The vegetation and trees in the nearby areas were cleared. The construction water waswill be managed by stormwater drainage and water quality basins installed at the site.

In 2009 federal budget, a funding of A$1.7bn was announced towards the Hunter Expressway construction. The Australian Government and the NSW Government committed to fund A$1.5bn and $200m respectively towards the project.

"Construction of the western section began in April 2011."

In October 2010, Abigroup Contractors was awarded the design build contract for the western section of the Hunter Expressway. RMS continued to work with Abigroup for the final design.

A 50-50 design joint venture (DJV) of SMEC and Sinclair Knight Merz (SKM) was appointed to design the freeway.

SKM also provided proof engineering services for the eastern section of the project.

Geotechnical works for the project were carried out by a joint venture of SMEC, Golders and Douglas Partners.