Riverside and San Bernardino, California, US

The Federal Highway Administration, the City of San Bernardino, County of Riverside, City of Temecula, City of Murrieta, City of Perris. 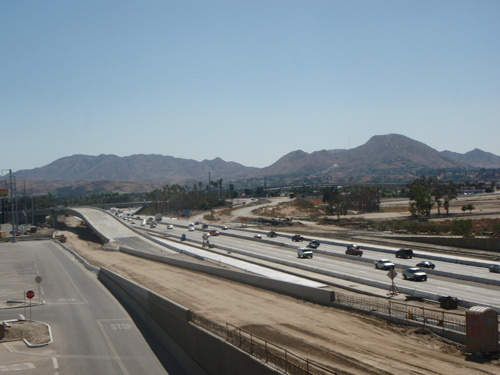 Construction along the I-215 in San Bernardino. 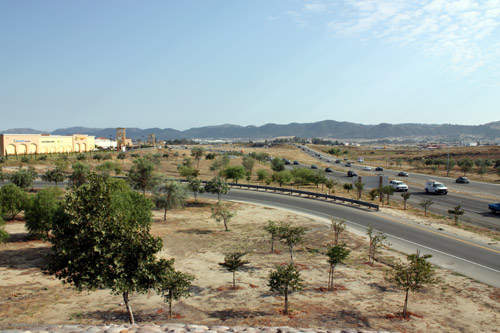 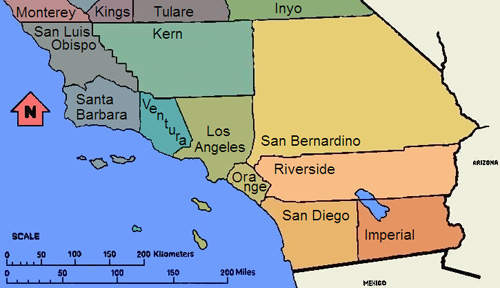 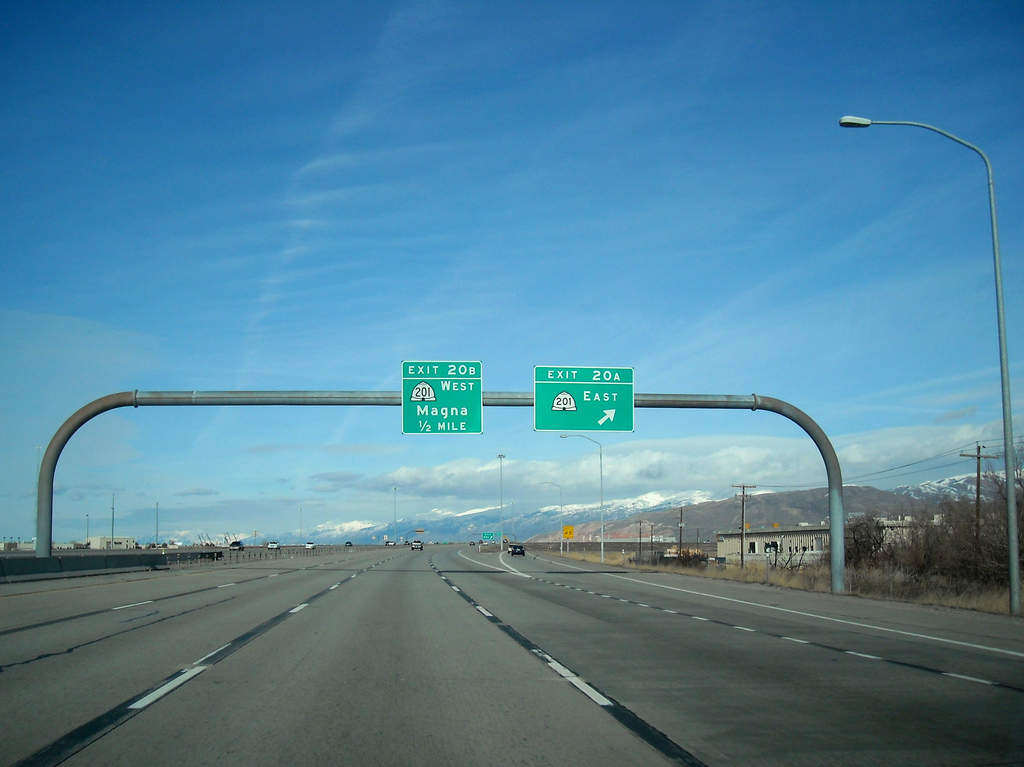 Interstate 215 is a 54.5-mile-long north-south Interstate Highway in California, US. The highway is part of Interstate 15 (I-15) and runs through the cities Riverside and San Bernardino. A section of I-215 was initially built and signed as I-15E.

The I-215 widening project is one of the three largest freeway construction projects in California to receive American Recovery and Reinvestment Act funds.

“The project upgrades and extends 7.5 miles of I-215 from Interstate 10 to University Parkway.”

The widening projects are aimed at enhancing the highway’s capacity and operations. The improvement projects were designed to reduce traffic congestion, improve freeway operations and contribute to the region’s economic vitality.

A project to extend the highway section between Riverside and the San Bernardino County line has also been planned. Construction on this 7.5-mile extension is expected to start in 2012 and will require an investment of $167m.

A carpool lane will be added in both directions on Interstate 215 between San Bernardino and Riverside.

The I-215 widening projects are being carried out by the San Bernardino Associated Governments (SANBAG) and Riverside County Transportation Commission (RCTC).

The $800m I-215 highway widening in San Bernardino is a four-phase project carried out by the California Department of Transportation (Caltrans) in association with San Bernardino Associated Governments and the Federal Highway Administration.

The project upgrades and extends 7.5 miles of I-215 from Interstate 10 to University Parkway. The increasing traffic on I-215 during peak hours necessitated the widening.

Phase 2 construction started in December 2007 by Caltrans and involved the extension of a section of the highway stretching from Orange Show Road to Rialto Avenue Freeway Widening. Phase 2 was completed in July 2010.

The third phase began in September 2009 and is expected to be completed within four years. It will extend the highway from Rialto Avenue to Massachusetts Avenue.

The fourth phase, which began in January 2010, will involve the extension of the highway from Rialto Avenue to University Parkway. The work incorporated in Phase 4 is scheduled for completion in mid-2013.

The RCTC proposed projects to widen 29.25 miles of the I-215 facility in Riverside. The section of highway from I-15/I-215 junction in Temecula to State Route 60 in Riverside will be improved under the projects.

The widening project in Riverside is divided into three sub-projects because of the facility’s length, varying environmental challenges and timing of the funding. The three subprojects are categorised as the South I-215 project, the Central I-215 project and the North I-215 project.

The southern project’s environmental document and preliminary design were finalised in December 2008 while the final design began in January 2009. Construction commenced in early 2011 and will be completed in 2013.

The central project is scheduled to start in 2013 and will be completed in 2016 at an estimated investment of $235m.

The northern project has been approved for state funding through bonds under the Corridor Mobility Improvement Account. The construction of this project will be carried out over three years.

San Bernardino’s project work carried out by SANBAG has been divided into four phases. The project in this region includes the reconstruction of nine interchanges and the addition of a general-use and carpool lane in each direction.

Phase 2 involved the construction of two freeway lanes, one carpool and one mixed flow, two new on- and off-ramps directly on Mill Street and at Orange Show Road.

It also included construction of the Inland Center drive bridge, the widening of the Orange Center Drive off-ramp, a new centre median, wider bridges over Warm Creek and Lytle Creek.

The third phase involves the construction of two new freeway lanes in each direction, one carpool and mixed flow, new on- and off-ramps on 5th Street and Baseline and reconstruction of the Baseline, 2nd, 3rd, 9th and 16th Street bridges.

The fourth phase, which started in January 2010, will involve the construction of freeway ramps connecting I-215 and SR-210, the reconstruction of a bridge at Massachusetts Avenue, Highland Avenue and 27th Street. A southbound auxiliary lane will be added from University Parkway to the I-215/SR-210 interchange and a northbound general-use lane will also be added.

The contractors involved in the widening of I-215 in San Bernardino are Skanska USA Civil and California-based Steve P Rados. The companies formed a joint venture named Skanska/Rados, in which Skanska has a 60% share while Rados holds the remaining 40%.

Out of the total cost of phases 3 and 4, ARRA invested $128m, while $81m is through Proposition 1B funding.

The estimated cost of widening I-215 in Riverside is $417m. The funds from Measure A, Proposition 1B and other state and federal sources are used for Riverside’s widening project, while about $38.6m of Riverside’s southern project will be funded by Proposition 1B Corridor Mobility Improvement Account.