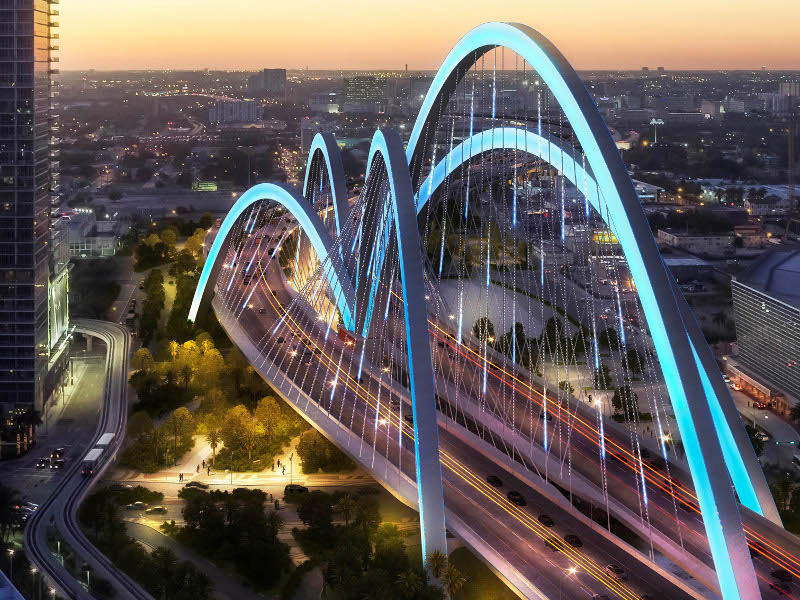 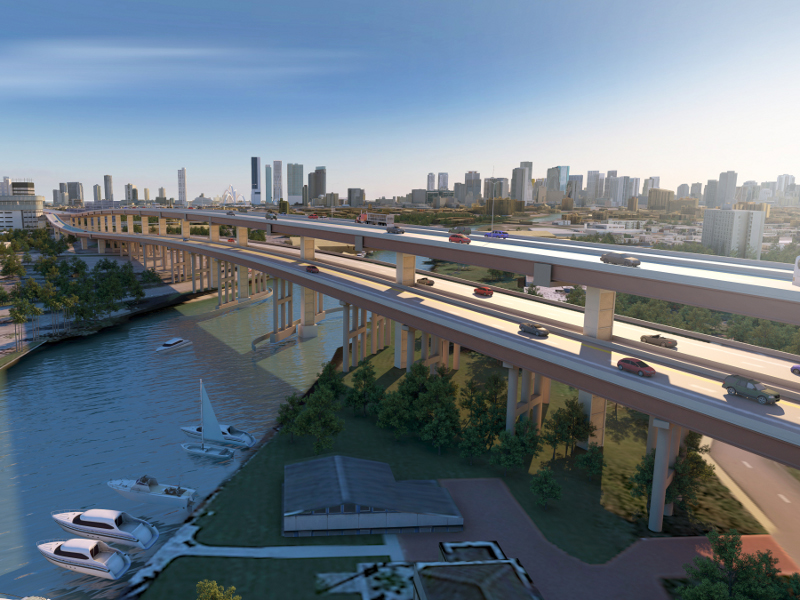 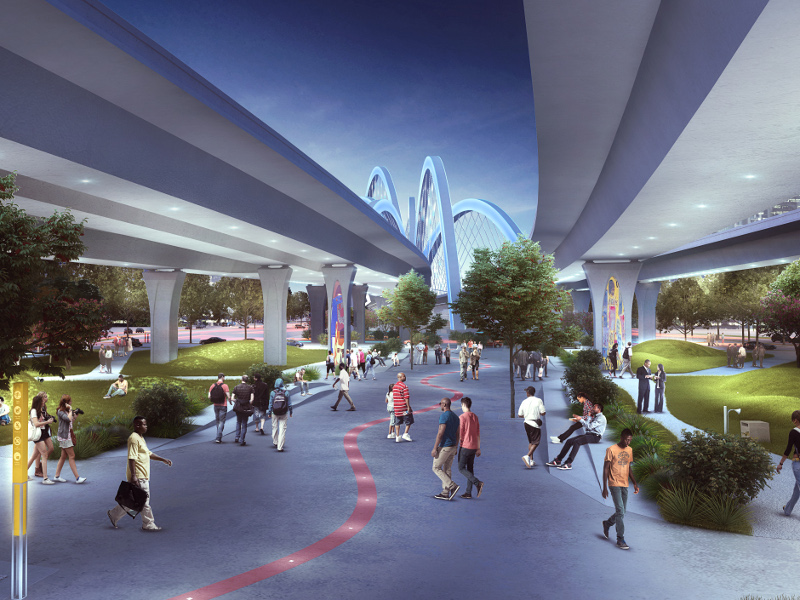 Community activity spaces will be added underneath the I-395. Image courtesy of I-395/SR 836/I-95 Design-Build Project.

The project is being implemented by the Florida Department of Transportation (FDOT) in partnership with the Miami-Dade Expressway Authority (MDX).

A signature bridge named The Fountain will also be built as part of the project, which will provide residents and visitors with better connectivity between communities, as well as enhanced safety and mobility.

Construction work on the improvements is set to start by April 2019 and expected to be completed in 2023.

A 2.25km-long stretch of the I-395 from SR 836/I-95/I-395 Midtown Interchange to the MacArthur Causeway will be reconstructed and improved to provide enhanced mobility.

Three through lanes will be added to the I-395 road in each direction to increase its capacity. Separate connector ramps will be built to ease traffic congestion between the I-395 and the I-95.

“The project is being implemented by the Florida Department of Transportation (FDOT) in partnership with the Miami-Dade Expressway Authority (MDX).”

The 1,025ft signature bridge will be built over NE 2 Avenue and SR5/Biscayne Boulevard and will feature six sweeping arches. Rising 325ft above the ground and spanning 650ft, the arch will be the world’s third-biggest precast concrete segmental arch.

The SR 836 corridor enhancements include the modernisation of a 3.2km-long road from NW 17 Avenue to the Midtown Interchange. A double-decked section of the SR 836 will be built from east of the toll gantry at NW 17 Avenue to I-395 on the east side of the I-95 interchange. The new section will allow users to directly connect to the MacArthur Causeway.

An additional lane will be added on the existing eastbound SR 836 ramp to northbound I-95.

The current roadways and bridges of the SR 836 will serve as a collector-distributor system, upon completion of the improvements.

The concrete pavement on I-95 corridor from NW 8 Street to NW 29 Street will be completely replaced on both the northbound and southbound travel lanes. A new connector ramp will be built from southbound I-95 to westbound SR 836 to improve traffic flow.

An auxiliary lane along northbound I-95 from north of NW 17 Street to NW 29 Street will be added to improve traffic movement from the eastbound SR 836 ramp to northbound I-95.

A 55-acre open community activity space known as Heritage Trail will be created below the signature bridge in Overtown neighbourhood for community events. It will feature historical community figures, fountains, parks and mixed-use areas.

The Heritage Trail includes a market plaza with amenities such as activity courts, amphitheatre, and a water feature. A children’s play area will be situated towards the east of the market plaza.

A circular interactive water fountain, representing the shape of bridge’s arches, will also be built. A pedestrian bridge will be constructed over the railroad tracks to provide direct connection for visitors from Overtown to Miami’s waterfront.

FDOT awarded a contract to a joint venture comprising Archer Western Contractors and de Moya Group in May 2017 for rebuilding the I-395 and constructing the Fountain.

HDR is the lead designer for the I-395 reconstruction and the new signature bridge, while RS&H is responsible for the design of the SR-836 improvements. The design for the I-95 improvements is provided by GOAL Associates, while that of the traffic signal was provided by Metric Engineering.