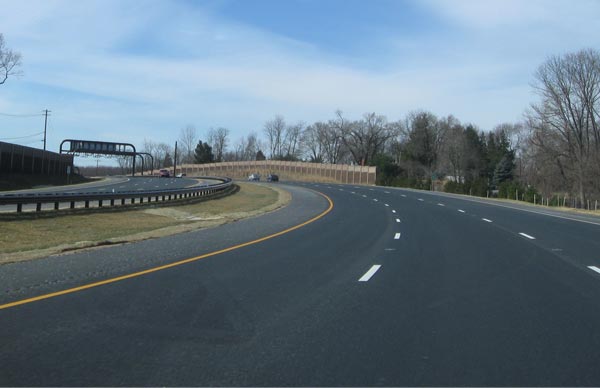 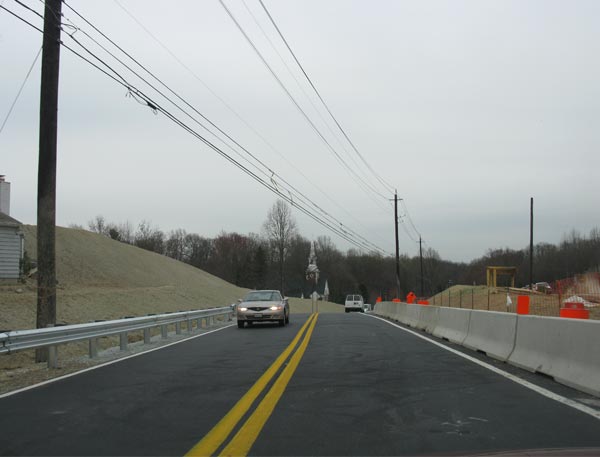 Intercounty Connector (ICC) tollway under construction at Redland Road in the state of Maryland, US. Image courtesy of Andrew Bossi.

Maryland Route 200 (MD 200), also known as the Intercounty Connector (ICC), is an 18.8 mile (30.25km)-long tollway under construction in the state of Maryland, US. The road will extend from Montgomery County to Prince George’s County. The Maryland Transportation Authority (MdTA) will own and operate the ICC.

The ICC will deliver cost-effective transportation infrastructure for people moving between the economic centres of the region. It will improve the traffic flow and reduce traffic congestion on local roads at key intersections. ICC will contribute to the creation of about 14,000 jobs in the area.

The ICC project will deliver 18.8 miles of the new east-west highway. The project also involves the construction of numerous new highway interchanges and bridges.

The ICC will be a multimodal tollway with limited points of access. The roadway is intended to connect present and future development between the I-270 / I-370 and I-95 / US 1 routes passing through the counties of Montgomery and Prince George’s.

The Maryland State Highway Administration (SHA) is involved in the planning, approvals, design, procurement and construction management of the project. The ICC project team includes the US Department of Transportation Federal Highway Administration (FHWA), the Maryland Department of Transportation (MDOT) and ICC Corridor Partners.

“The ICC will deliver cost-effective transportation infrastructure for people moving between the economic centres of the region.”

ICC was earlier planned to be constructed under five contract packages, but now it is being constructed under four separate design-build phases, namely contracts A, B, C and D / E. Construction on the first segment – a seven-mile road between I-270 / I-370 and MD 97 – began in November 2007. It was opened for public use in February 2011.

The second major segment, including contract B and C from MD 97 to I-95, opened to traffic in November 2011. The segment included the construction of 6.9 miles of highway from east of MD 97 to west of US 29, plus a four mile-long section from west of US 29 to I-95.

Construction on feeder lanes along the I-95 and a one-mile section between I-95 and US Route 1 will be completed by 2014, under the final phase of the project.

The MDTA will operate and maintain the ICC once it opens for traffic. The road will be the first all-electronic, variably priced tollway of Maryland.

The ICC will not be provided with any toll booths or cash toll collection points. Toll charges will be collected electronically when vehicles pass beneath the tolling structures. E-ZPass technology will be used for this purpose. The users travelling without E-ZPass will be sent a bill through the mail and levied the video toll rate (VRT).

The US DOT provided $516m through a TIFIA (Transportation Infrastructure Finance and Innovation Act) loan.

Contractors involved in the US state’s congestion-relieving tollway

In March 2007, Intercounty Constructors was awarded a $478.7m contract to design and build the first phase of the ICC. Works included the construction of a seven-mile segment between I-270 / I-370 and Georgia Avenue (MD 97).

“The road will extend from Montgomery County to Prince George’s County. The MdTA will own and operate the ICC.”

In November 2007, ICC Constructors (IC3) was awarded a $513.9m contract to design and build the second major segment of four miles on ICC, from west of US 29 to east of I-95, along with about two miles of auxiliary lanes on I-95, including two interchanges at US 29 and I-95.

In February 2012, ICC Constructors (IC3) was awarded an $89m contract to design and build the final segment, including a one-mile section between I-95 and US 1 in Prince George’s County.