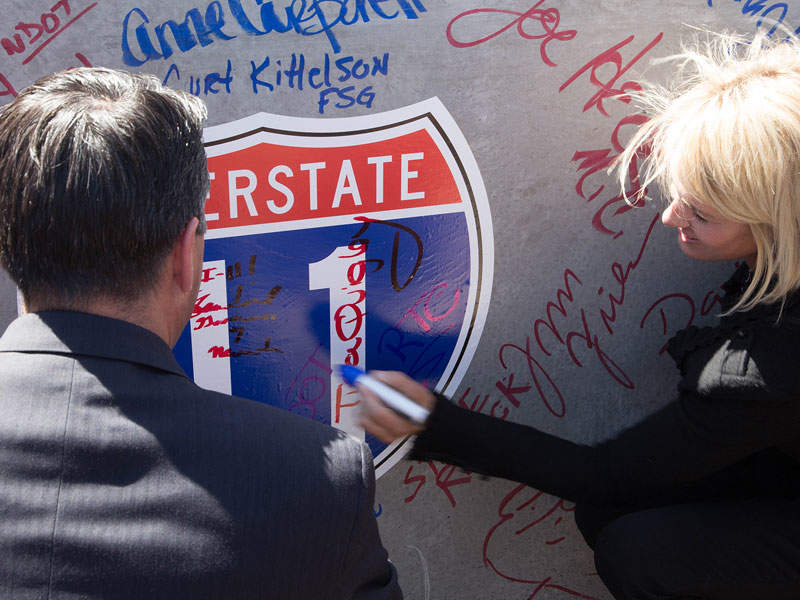 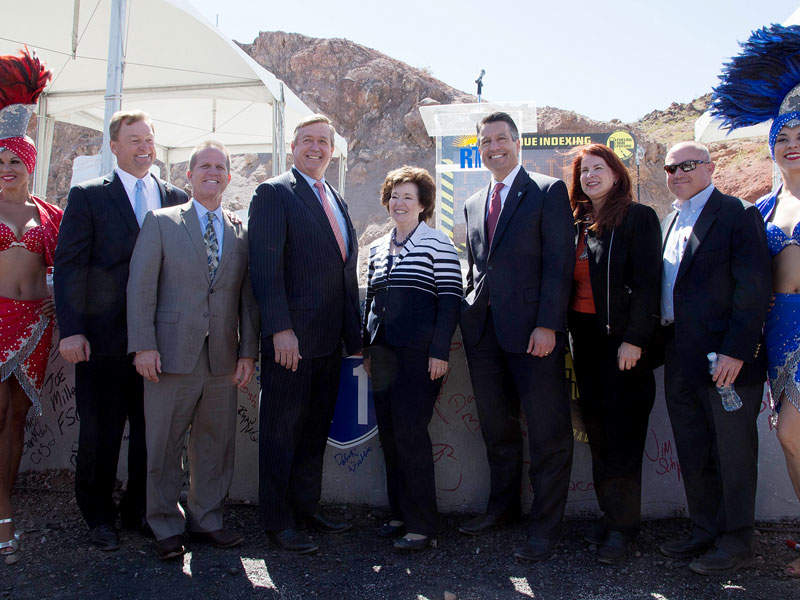 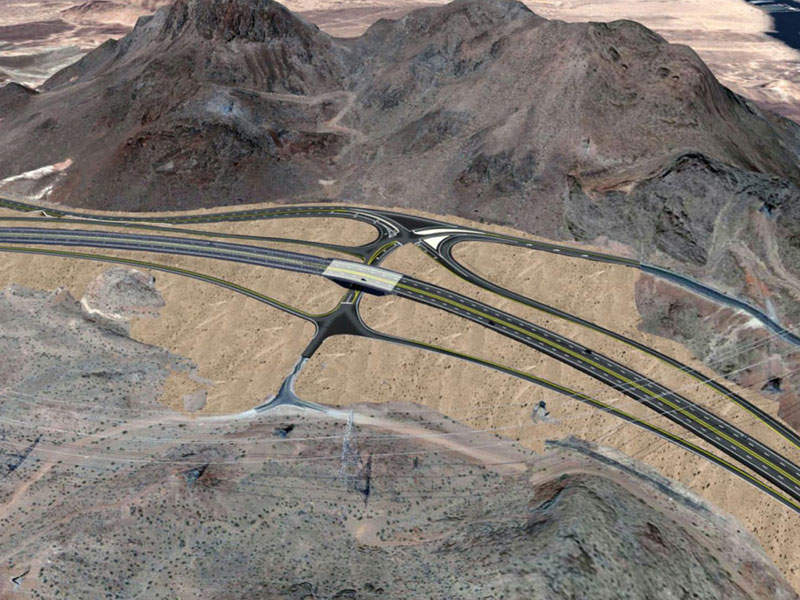 A 3,500ft section of southbound US Highway 93 between Wagon Wheel Drive and Railroad Pass Casino in Henderson will be shifted in order to connect it to the first segment of Interstate 11. Image courtesy of the Nevada Department of Transportation (NDOT).

The Interstate 11 Boulder City Bypass connecting Las Vegas with Phoenix is a section of the I-11 highway. It was officially opened in August 2018.

The Nevada Department of Transportation (NDOT) and the Regional Transportation Commission of Southern Nevada (RTC) developed the project, which included the construction of a four-lane road with interchanges at I-11/US 95 and I-11/US 93. It also included the reconfiguration of the interchange at the US 93/State Route 172 Hoover Dam Exit.

Final environmental impact statement for the 15.5-mile (25km) project was completed in 2005.

The $318m freeway project construction was undertaken in two phases and created approximately 4,000 direct and indirect jobs in the region.

Ground-breaking for the first phase of the project was conducted in April 2015, while the construction  was completed by May 2018. Construction of the phase two of the bypass began in 2015 and it was opened incompleted in August 2018.

The freeway connecting Las Vegas and Phoenix was designated as Interstate 11 under the 2012 surface transportation reauthorisation programme, also known as the Moving Ahead for Progress in the 21st Century Act (MAP-21).

Concrete pavement was opted for the project instead of asphalt due to its longevity, a step that  is expected to reduce maintenance costs by 13%-28% in the long-run.

The visual elements of the project included the construction of a 1,200ft-long, 28ft-wide, cast-in-place textured, multi-coloured concrete wall, which was coated with an anti-graffiti film and features graphics highlighting the construction of Hoover Dam.

The four lane freeway comprises 11 bridges and five under/overcrossings for the protection of wildlife.

The first phase of the two-phased development project invovled the construction of a 2.5 mile-long, four-lane concrete interstate freeway between Silverline Road and Foothills Drive.

“The $318m freeway project construction was undertaken in two phases and created approximately 4,000 direct and indirect jobs in the region.”

The completion of the first phase minimises traffic congestion, enhances safety, and increases travel and commerce between Arizona and Nevada. In addition, a full diamond interchange at Railroad Pass was constructed with a loop ramp.

A 12.5-mile (20.1km) section from I-515 to US 93 near the new Hoover Dam Bypass Bridge was constructed during the second phase. It links the project from Silverline Road to the Nevada Interchange, which was developed as part of the Federal Highway Administration’s Hoover Dam Bypass project.

The second phase was constructed by RTC, but NDOT is responsible for its maintenance.

As of February 2017, Fisher Industries completed 62% of the project while LVP completed 90% of the grading, started construction of nine bridges out of 11, and excavated more than five million cubic yards of rocks.

LVP completed 65% of the work on the second phase of the project by the end of 2016.

In 2014, the RTC entered agreements with the Western Area Power Administration (Western) and the Colorado River Commission (CRC) to relocate their electrical transmission facilities, which come in the way of the Bypass alignment.

As of February 2015, Western relocated all their facilities, while CRC relocated its facilities by June 2015.

The $83m first phase was completed using $68m in federal funding and $10m of RTC/FRI funds (Fuel Revenue Indexing), while the remaining $5m was funded by the state.

The US Federal Government provided $181.2m for the $230m second phase, while the FRI provided the remaining $53.8m.

Contractors involved with the I-11 Boulder City Bypass

Fisher Sand and Gravel won a $83m contract in October 2014 for the first phase of the project.

Las Vegas Paving won the design-build contract for the second phase works in January 2015. CA Group was engaged as the lead engineer for the phase two.