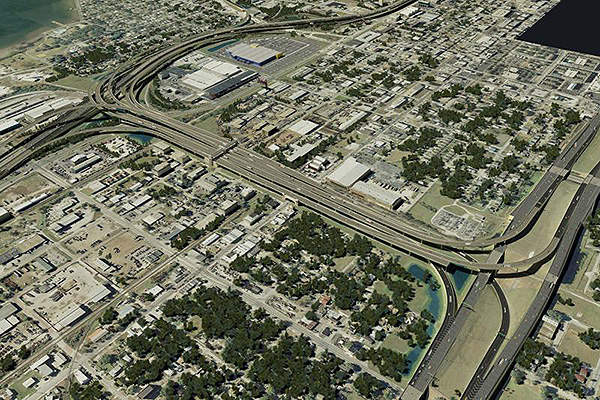 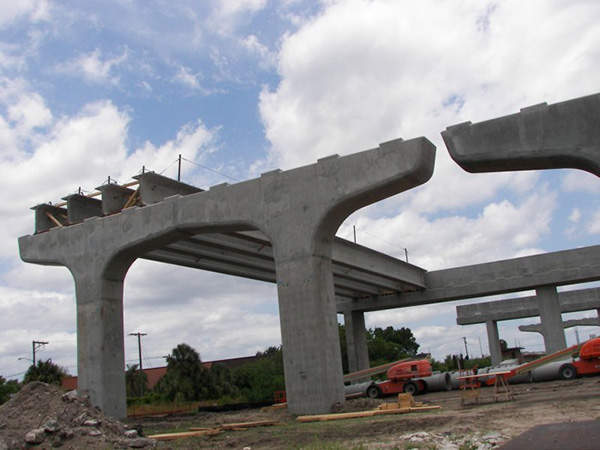 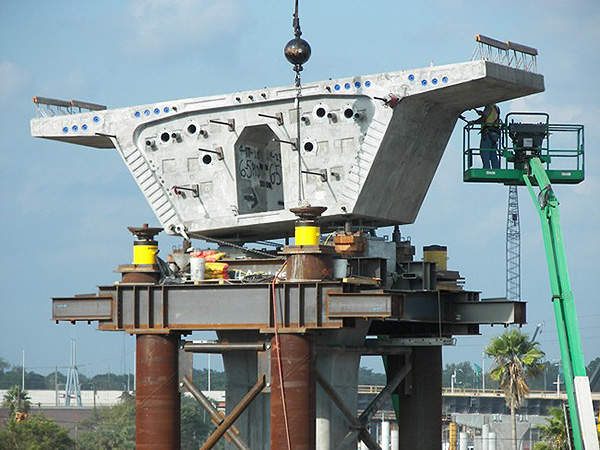 The bridge segments being erected; the one mile-long route consists of 35 bridges in total. Image courtesy of Florida Department of Transportation.

The Florida Department of Transportation (FDOT) has built a new corridor that connects the Interstate 4 (I-4) highway with Lee Roy Selmon Crosstown Expressway, west of 31st Street in Tampa, US. It links both of the east-west corridors in a bid to improve the movement of goods and people.

The project was jointly developed by the Florida Department of Transportation, Florida’s Turnpike Enterprise and the Tampa-Hillsborough County Expressway Authority (THEA). Construction began in March 2010 and was completed in October 2014.

Project history and benefits of Interstate 4

“The new connecting road has a sophisticated toll facility with an all-electronic toll collection system.”

The project was conceived in late 1990s as a high-speed route between South Tampa and Orlando, and also from Lutz to Brandon. The planning for the project was completed in late 2008, with funding secured in the summer of 2009.

The new corridor will serve as an additional hurricane evacuation route and improve the mobility for emergency services. Direct access roads will be built for exclusive use of trucks running to the Port of Tampa, which will reduce the heavy traffic from local roads in Ybor City.

The new connecting road will have a sophisticated toll facility with an all-electronic toll collection system, through the SunPass prepaid toll programme and toll-by-plate system. It also will feature a series of interconnecting one and two-lane ramps that merge into a 12-lane roadway.

The new corridor broke ground for construction in March 2010 and was opened on 6 January 2014. It included construction of a limited access, elevated interchange between Selmon Expressway north and the west side of 31st Street to I-4. The design included the construction of a series of ramps to improve the traffic flow.

All the precast segmental box girders used for the construction were established in a casting yard, located near the port of Tampa.

Bridge construction along the connector in Tampa

The contractor adopted a balanced-cantilever and span-by-span construction method for the construction of the bridges. Drilled shafts socketed into sound limestone were used as the primary foundation element for bridges. More than 1,131 drilled shafts ranging between 36in and 54in in diameter, and 49ft and 183ft in length, 3ft and 61ft rock sockets were also used.

More than 300 concrete substructure units, which included bents with inverted-T caps and monolithic piers, were used in the bridge construction, while a bottom-up concrete placement method was used for the columns and piers.

Contractors involved with the I-4 / Selmon Expressway project

The project was designed by PBS&J, also the prime consultant for the project, while the segmental bridges on the new corridor were designed by both PBS&J and FIGG.

In November 2009, the $389m construction contract was awarded to a joint venture of PCL Civil Constructors and Archer Western Contractors.

In March 2010, the PCL / Archer Western joint venture awarded a $1m subcontract to Wowjoint Holdings to supply customised heavy-duty equipment for the project. Wowjoint provided two Mobilifters for the bridge construction in the corridor.

The total cost of the project was $426m. Tampa-Hillsborough County Expressway Authority (THEA) obtained $105m in funding from the American Recovery and Reinvestment Act of 2009.