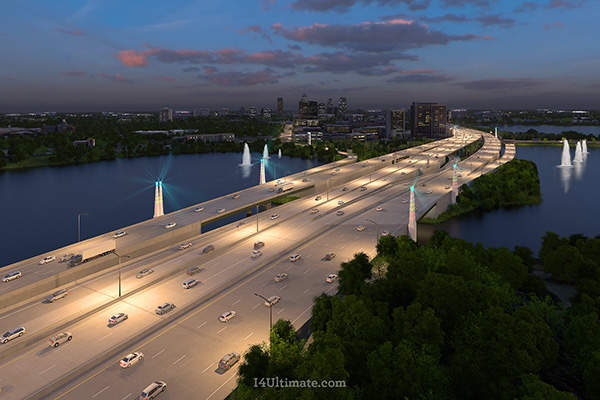 The I-4 Ultimate improvement project will reconstruct 21 miles of the Interstate-4 between Kirkman Road and the State Road 434. Credit: I-4 Mobility Partners. 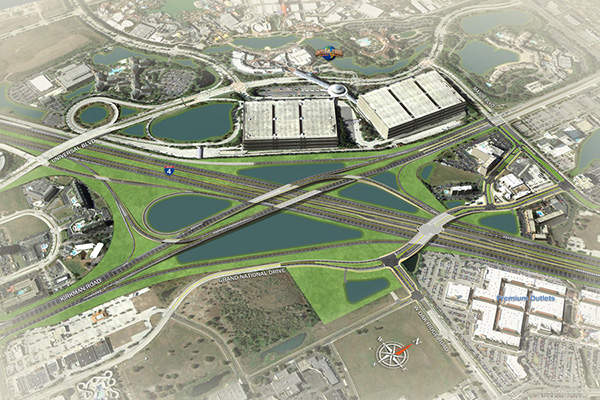 The improvements are expected to be completed in 2021. Credit: I-4 Mobility Partners. 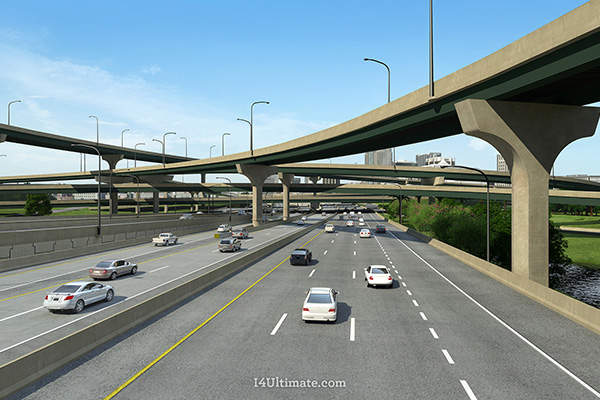 The I-4 Ultimate project will include the construction of four new tolled Express Lanes, two in each direction. Credit: I-4 Mobility Partners.

The Florida Department of Transportation (FDOT) is improving the Interstate-4 in Central Florida, US, under the Interstate-4 Ultimate improvement project. The 73 mile-long major stretch of the I-4 handles approximately 1.5 million average daily trips and has become one of the busiest roads in Central Florida. The improvement aims at reconstructing 21 miles of the interstate highway while adding new expressways.

The construction of the I-4 Ultimate improvement project began on 17 February 2015 and is expected to be completed by 2021.

The project is estimated to cost $2.3bn and is being executed under a public-private partnership (P3) concession agreement with a contract condition of 40 years.

Interstate-4 is 132 mile-long extending from I-275 in Tampa to I-95 in Volusia County. The first 8.2-mile segment of the road was opened in 1965 and numerous construction programmes were executed over the last 25 years to improve its capacity.

The multimodal master plan for the improvements project was designed in October 1996. It will include complete reconstruction of the interstate between Kirkman Road in Orange County and State Road 434 in Seminole County. It also involves the construction of four new tolled Express Lanes, two in each direction, and the reconstruction of 15 major interchanges and more than 140 bridges.

A variable method of tolling enables the free flow of traffic and will be used at the expressway lanes. The tolls will be collected electronically and the express lanes will feature automated signs at the entrance to notify the motorists about the toll charges.

A concrete barrier will separate the express lanes having a speed limit of 50mph. The lanes will be directly connected to the SR 408, additional auxiliary lanes and pedestrian crossings along the roadway. The entry and exit points will have a monumental pylon to improve the aesthetics.

Funding and ownership of the Interstate-4 Ultimate project

The project is financed by I-4 Mobility Partners, a concessionaire comprising Skanska, John Laing and a consortium of six commercial banks. The US Federal Highway Administration contributed $949m under the TIFIA credit assistance programme. Central Florida Expressway Authority and Florida Turnpike Enterprise also funded the project. A Skanska-led team achieved financial closure with FDOT for the I-4 improvement project in September 2014.

The FDOT will remain the owner of the highway while the concessionaire will be responsible for the cost overrun risks for construction, long-term maintenance of the roadway and the repayment of the project debt. Florida’s Turnpike Enterprise, a part of FDOT, collects tolls for FDOT on the I-4 Ultimate.

The contract to design, build, finance, operate and maintain the I-4 Ultimate improvements project was awarded to the team of I-4 Mobility Partners. The team comprises Skanska Infrastructure, John Laing Investments, Skanska USA Civil Southeast, Granite Construction and Lane Construction.

HDR Engineering and Jacobs Engineering are the lead engineers, while Infrastructure Corporation of America (ICA) will act as the lead operations and maintenance firm. RS&H is providing owner’s representative services to FDOT.

Volkert was selected to provide quality assurance service for the project.