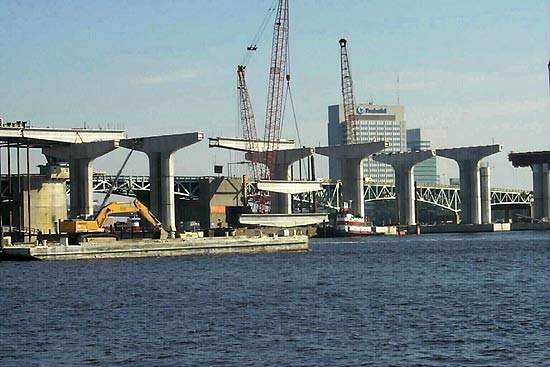 The new Fuller Warren Bridge in Jacksonville, Florida, USA, is an eight-lane, 1.4-mile-long bridge across the St. Johns River. 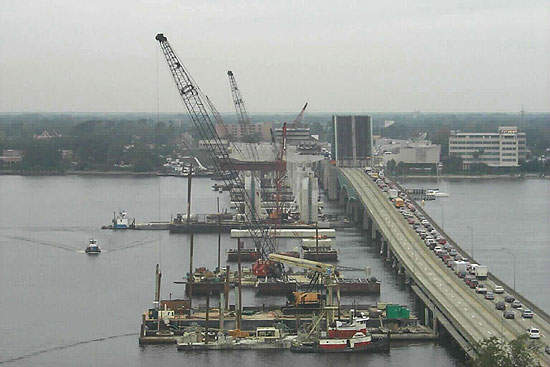 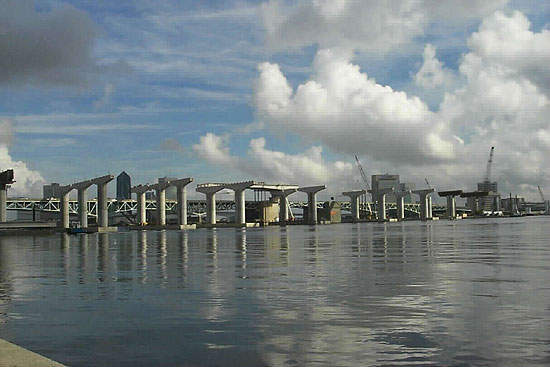 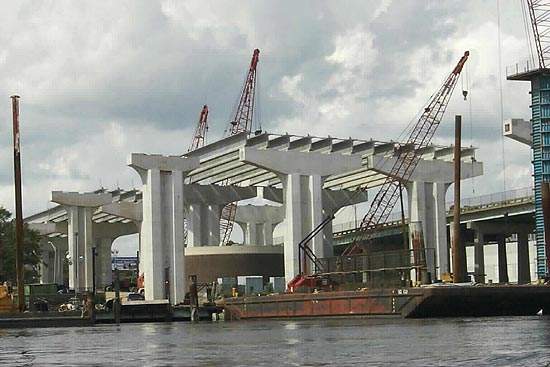 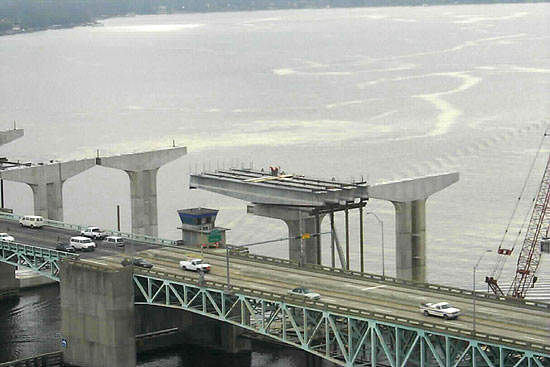 The new Fuller Warren Bridge in Jacksonville, Florida, USA, is an eight-lane, 1.4-mile-long bridge across the St. Johns River. Part of the I-95 interstate system, the project was sponsored by the Florida Department of Transportation (FDOT).

One section of the new bridge was opened to traffic in April 2000 but it wasn’t until November 2002 that all eight lanes were fully opened.

The bridge is eight lanes wide, four in each direction, and 1.4 miles long. It can carry approx. 100,000 vehicles per day.

The study for the new project was carried out in 1990 and the final design contract was awarded in 1992 to HNTB Corporation.

The overall cost of the project was around $100 million.

The replacement bridge structure consists of 52 spans totalling more than 7,500ft. The main span over the shipping channel is 250ft with a vertical clearance of 75ft.

Approach spans, with a few exceptions, are 140ft long and use 78ft modified bulb tee beams made continuous for live load. At the east end of the project an existing bridge over the FEC railroad, constructed with steel beams, was widened.

Elastomeric bearing pads were used throughout the project except at the three-span channel unit where pot bearings were installed. Seismic continuity between the super and sub-structure is provided by 1ft 6in-diameter dowels cast into and projecting out of the top of the pier caps. The projecting dowels reside inside 8ft x 4ft structural tube sections cast into the bottom surface of end diaphragms.

The superstructure is supported by hammerhead type piers founded on 36ft, 48ft or 72ft diameter drilled shafts. The land pier columns are cast-in-place. The river pier columns and all of the beams on the project were precast at a yard set up.