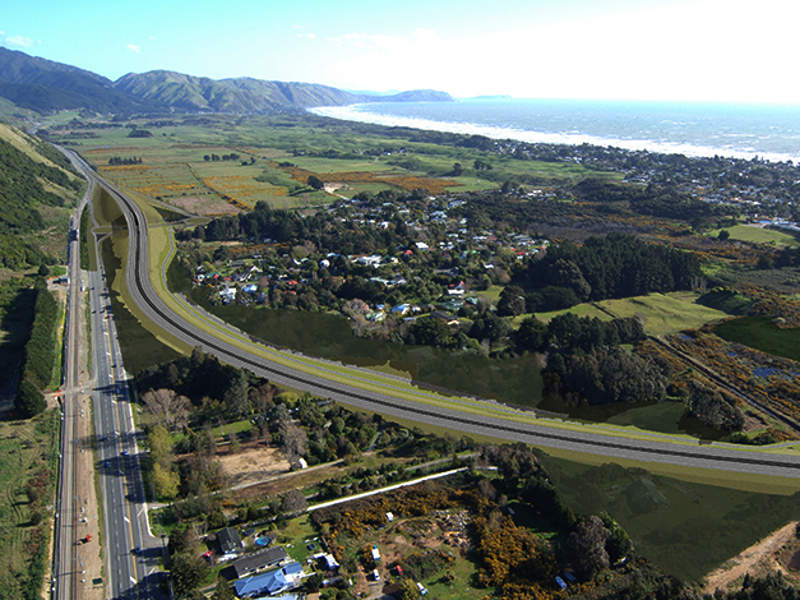 The Kāpiti Expressway is being developed by the NZ Transport Agency (NZTA). Credit: Boffa Miskell. 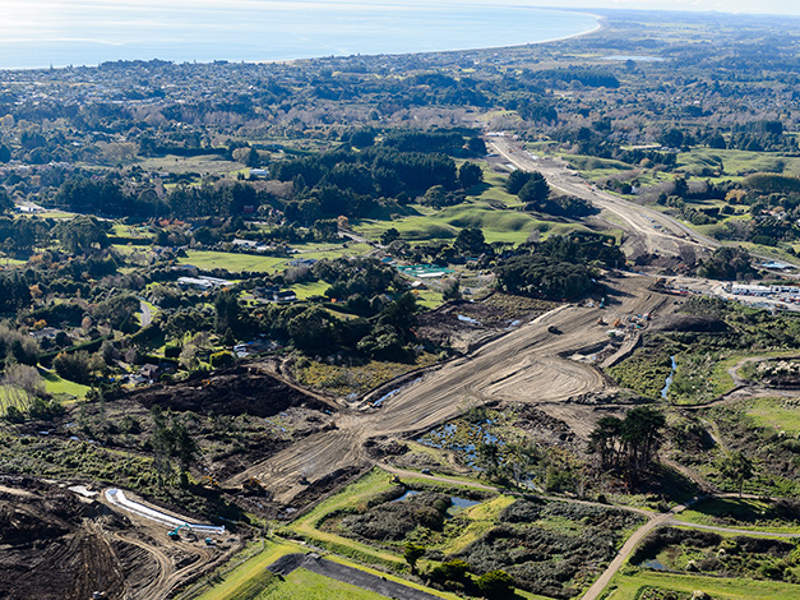 Construction began on the MacKays to Peka Peka section of the Kāpiti Expressway in December 2013. Credit: Boffa Miskell. 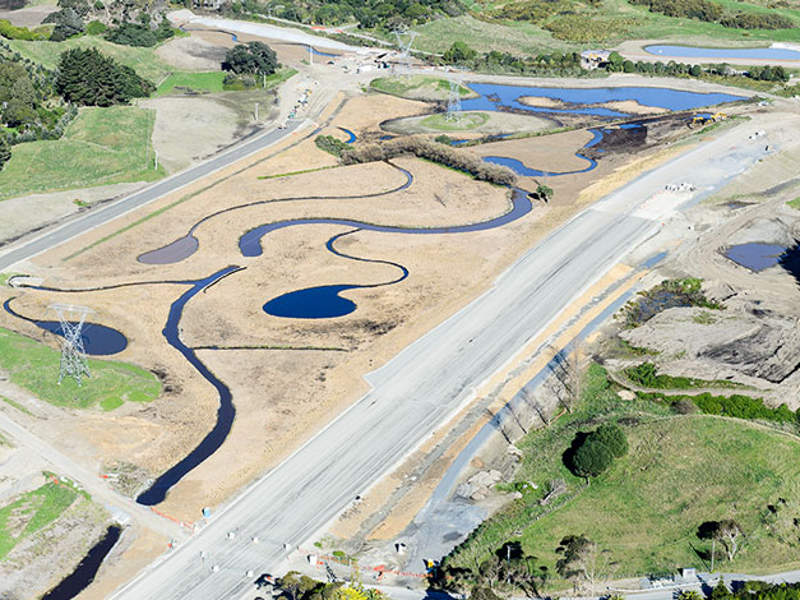 The Kāpiti Expressway is scheduled to become fully operational by 2020. Credit: Boffa Miskell.

Kāpiti Expressway is a new four-lane grade-separated expressway being laid through the Kāpiti Coast of the south-western region of North Island, New Zealand.

The development will link the northern Kāpiti Coast with the Wellington central business district (CBD) upon becoming fully operational in 2020.

The new motorway will reduce congestion on local roads and improve the efficiency of freight and passenger commutation.

It will also offer a reliable and safe route for the area’s population in the event of natural disasters, while also contributing to economic growth and productivity in the region.

The NZ Transport Agency (NZTA) filed an application with the Environmental Protection Authority (EPA) in April 2012 for the construction .of a new motorway between MacKays and Peka Peka, which is the southern section of the Kāpiti Expressway.

An independent board of inquiry (BOI) was set up by the Minister for the Environment to review the application in July 2012, which subsequently approved the proposal in April 2013.

The 18km-long, four-lane expressway forms a part of the Wellington Northern Corridor, which comprises seven roads that have been identified as having national significance by the government.

NZTA initiated the tender process for the construction of the northern section of the Kāpiti Expressway from Peka Peka to Otaki in April 2010. It will be laid parallel to the existing State Highway 1 section up to Te Horo.

Updated route alignment and cost estimates of the project were revealed by the NZTA in January 2012. The $330m project received approval from the Board of Inquiry in February 2014.

The northern and southern sections of the expressway feature two traffic lanes in each direction, with a central safety barrier and grade separations.

The expressway also includes a shared pathway to serve pedestrians, cyclists and horse riders. Construction on the MacKays to Peka Peka section began in December 2013 and the road was opened for traffic in February 2017, four months ahead of the original schedule.

The project was completed at a cost of $630m.

Kāpiti Expressway is scheduled to be fully operational by 2020, with the completion of the 15km-long final section between Peka Peka and Otaki.

The MacKays to Peka Peka section witnessed the construction of 16km-long new four-lane motorway and the upgrade of a 2km-long segment, as well as 18 new bridges, including a 180m-long new crossing over the Waikanae River.

The bridges are designed to resist the compounded effects of large earthquakes and liquefaction.

Approximately 3.5 million cubic metres of earthworks were completed, and connections to local roads at Raumati, Paraparaumu, Waikanae and Peka Peka were created.

Environmental protection activities included planting and landscaping on 140ha of land, in addition to the creation of 9.5ha of new or restored wetlands.

Major construction activities on the Peka Peka-Ōtaki section are scheduled to start in mid-2017.

The project scope also includes the construction of an over-bridge at Te Horo, a flyover just north of Ōtaki and the realignment of approximately 1.2km of the North Island Main Trunk Railway (NIMT) through Ōtaki.

A vehicle over-bridge at Rahui Road, a four-lane bridge over Ōtaki River, and an over-bridge at Taylors Road are also outlined in the project’s plans.

The MacKays to Peka Peka (M2PP) Alliance comprising the NZTA, Fletcher Construction, Higgins Group and Beca was responsible for the completion of the Mackays-Peka Peka section of the Kapiti Expressway.

The Kapiti Coast District Council (KCD) is a non-commercial partner in the coalition.

Boffa Miskell was contracted by the M2PP Alliance in January 2010 to provide planning, ecological, landscaping, urban design, heritage and cultural services throughout the planning, preliminary design and approval stages.

Fletcher Construction received a contract from the NZ Transport Agency to construct the Peka Peka-Ōtaki section in November 2016.

Goodman Contractors was engaged to perform the earthworks for the MacKays-Peka Peka section.