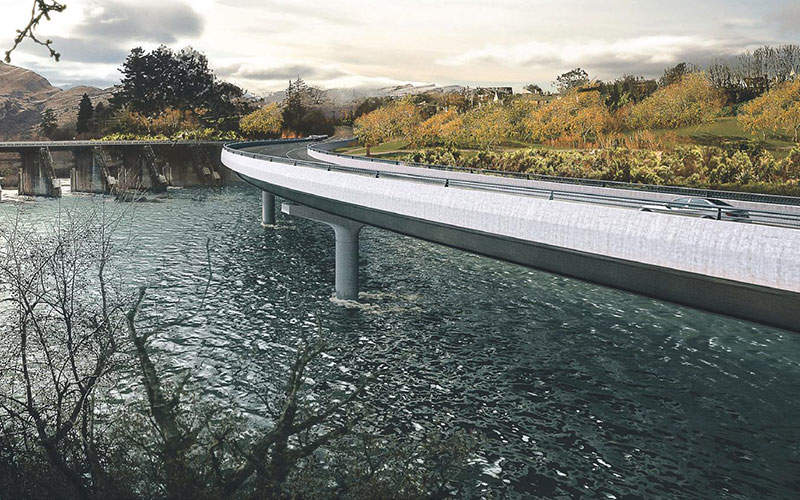 The new bridge is expected to be approximately 250m-long and 14m-wide. Credit: NZ Transport Agency. 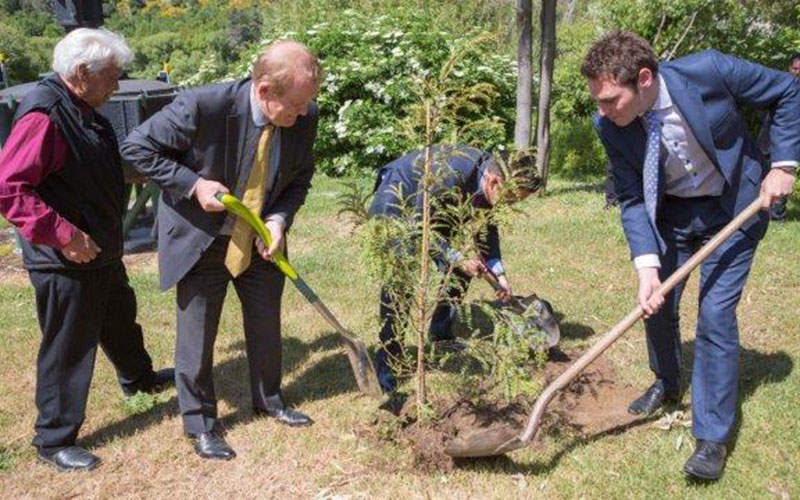 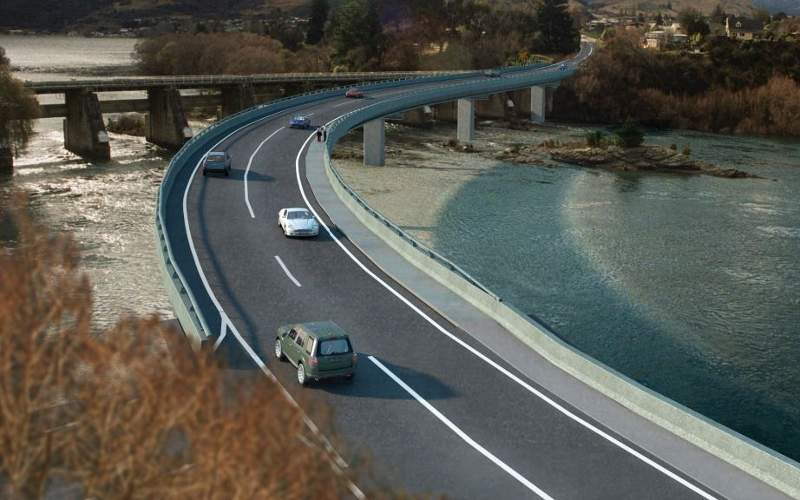 Construction of a new replacement bridge on New Zealand’s State Highway 6 (SH6) over the Kawarau River at Frankton in Kawarau Falls began in December 2015. The new two-lane bridge replaces the old single-lane bridge in the ever-increasing traffic at Frankton Flats commercial development area. The project is managed by New Zealand Transport Agency (NZTA).

More than 7,000 vehicles pass through the existing Kawarau Falls Bridge each day. The new bridge provides safer and secure southern highway access into the Wakatipu Basin without any traffic congestion. It was opened to traffic in May 2018.

Constructed in 1924, the existing Kawarau Falls Bridge serves two-way traffic on a single lane. The bridge requires increasing maintenance to meet the rise in traffic volumes in the Frankton Flats area.

Its scoping report in 2001 proposed eight new options for the construction of a new river bridge at Kawarau Falls. The scheme assessment report (SAR) for the same was prepared in 2003 that considered four options after public consultations.

The SAR was commissioned in 2005 to review and confirm the preferred option for the new bridge construction. As part of the review, the commission took full geotechnical investigation into the river and its banks into consideration. It also further analysed and involved the affected parties in consultation.

A public open day was held in Frankton before the preparation of a notice of requirement and resource consents for the new bridge construction in December 2011. Following the public hearing, Queenstown Lakes District Council appointed Commissioners in February 2013.

Otago Regional Council gave the necessary consents to build the new bridge. Funding for the project was announced in June 2014 by the New Zealand Government under the regional road package.

Three bids were received by the end of June 2015 for the construction of the new bridge. McConnell Dowell Constructors was selected as a design-build contractor for construction.

Design of the new bridge over Kawarau River

The new bridge is built just downstream from the existing bridge with a modified northern approach from Frankton. The southern approach is tied in with the present highway that runs along the river bank.

Constructed in a curve with a 163m radius, the new 250m-long, 14m-wide bridge is designed to withstand a once in 2,500 years earthquake. It includes two full traffic lanes with a wide-sealed road shoulder to safely accommodate cyclists and a footpath on one side.

The design places four steel beams spanning between single-column piers located 45m apart. It also includes a slim superstructure and guardrails installation, which maximises the view of the river for the bridge users.

The old bridge continues to remain in place and become part of the Queenstown Trail cycling and walking network, which increases safety for visitors and locals enjoying the Lake Wakatipu environment.

It eliminates delays at the existing one-lane bridge and improves the State Highway link from Queenstown to Southland and Milford Sound. It also provides safer and more efficient connections to Queenstown International Airport, Frankton Flats and the Queenstown central business district (CBD).

McConnell Dowell Constructors was awarded a NZ$22m ($16.1m) design-build contract for the replacement bridge in September 2015. It worked in collaboration with Novare Design, the bridge design engineers.