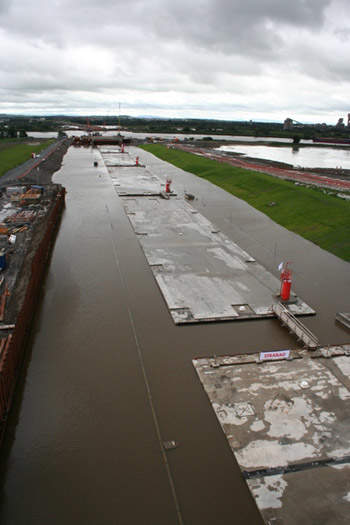 The casting basin north of the River Shannon 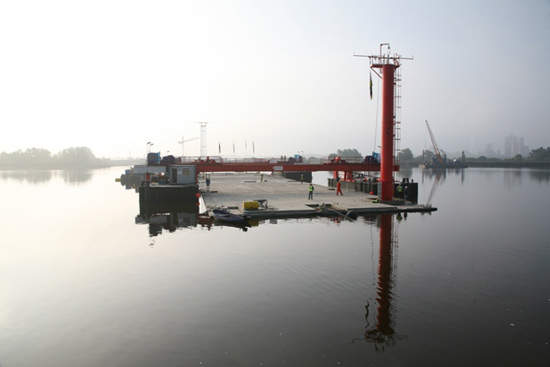 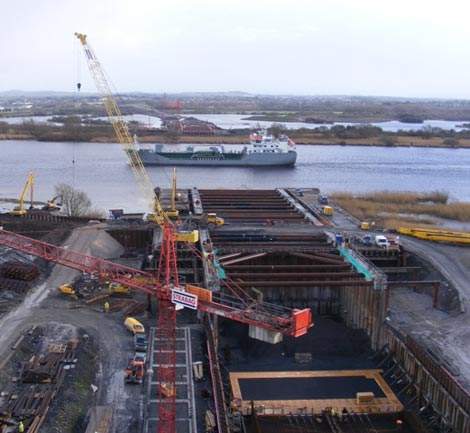 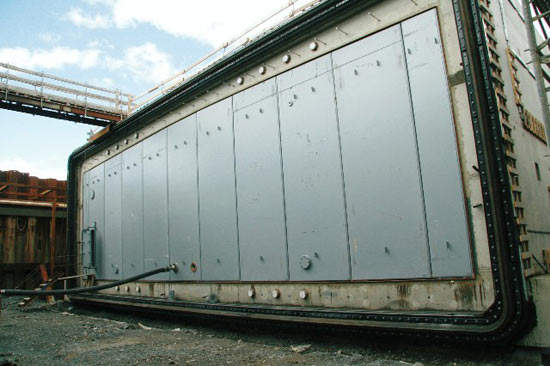 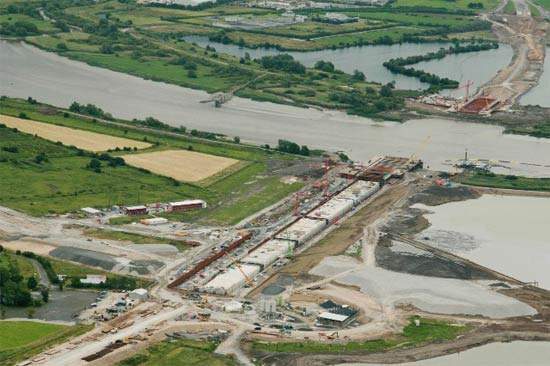 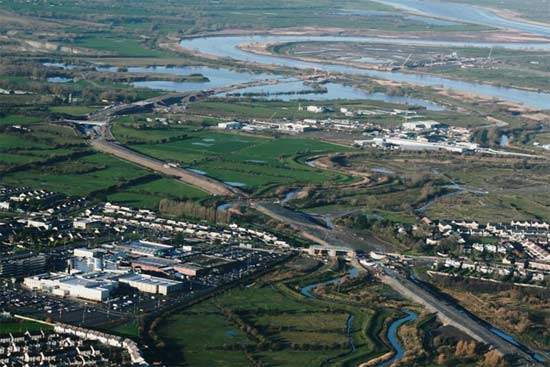 The Limerick Tunnel is part of the Limerick South Ring Road project that has been underway since August 2006. The ring road project will eventually see a tolled connection between the Dublin Road, N7 to the Ennis Road N18.

The ring road connection project is itself divided into six sections and two phases with the Limerick Tunnel project being phase two. The ring road project is a public private partnership (PPP) and required an investment of around €660m with the government providing around €360m.

The project was first identified as a necessary project in 1987 but was first awarded pilot project status in June 1999 and following successful environmental impact studies was put into an active state. Phase one connects the Dublin road N7 to the Cork road N20/21 and was completed in May 2004. Phase two began in August 2006 (35-year concession) with the PPP contract awarded to the Direct Route Consortium (Kellogg Brown and Root Ltd, Strabag AG, John Sisk and Son (Holdings)
Ltd, Lagan Holdings Ltd, Roadbridge Ltd (Mulcair)).

Finance for the PPP part of the project was provided by Meridiam Infrastructure Finance SCA SICAR, Allied Irish Banks plc, European Investment bank, HBOS and funds from consortium members. Construction began in October 2006 and was completed by June 2010. The tunnel was opened to the public in July 2010, two months ahead of schedule. This part of the project included: 9.75km of two lane dual carriageway, 2.3km of single lane dual carriageway, 675m long tunnel under the River Shannon, 750m causeway across Bunlicky lake (7m above sea level), 11 bridges, six underpasses, eight culverts and two Toll Plazas.

The six sections of the project are designated as: N18 interchange, Clonmacken link, the tunnel, N69 Dock road interchange, Ballinacurra creek and the N7/N20 Rossbrien interchange.

The N18 interchange section lies between the new Dual Carriageway and the N18 dual carriageway. The Cratloemoyle and Meelick roundabouts have replaced the median gaps. A part of the eastbound and westbound lanes of the N18 has been realigned with the mainline South Ring Road crossing over it.

The Clonmacken link is a tolled road that connects the Limerick Tunnel dual carriageway to the Clonmacken roundabout. The N69 Dock Road is a grade separated junction situated between the Irish cement plant and the waste water treatment plant on the line of the N69. Two roundabouts on either side of the mainline are linked by a single bridge.

“The tunnel is comprised of five 100m cast elements which were produced in the temporary linear casting basin.”

The 675m tolled tunnel under the river Shannon is the fourth crossing in the town of Limerick, linking Coonagh on the northern bank to Bunlicky on the south bank. This construction involved a twin tube structure with one bore for southbound traffic and one for northbound traffic. Each tunnel has two lanes along with an emergency walkway on each side.

The construction began in 2006 and the technique used for construction involved an immersed tube method. The design was carried out by Capita Symonds, the main contractor was Strabag International, and the subcontractor was Van Oord ACZ, with formwork by PERI and Tunnel equipment by Strabag Anlagentechnik.

The tunnel is comprised of five 100m cast elements which were produced in the temporary linear casting basin north of the river (produced by excavating 500,000m² of material) between August 2006 and May 2007. Following this the river channel was dredged (400,000m² of material) and the casting basin flooded before the tube elements were floated into the channel and then immersed/flooded and positioned in their channel (May 2007 to May 2008).

During 2008-2009, the fit-out of the tunnel and the construction of the cut and cover portals and end approach ramps were completed. Finally, the mechanical and electrical tunnel works were carried out between July 2009 and May 2010. The tunnel is designed to handle around 40,000 vehicles per day.

The elements were winched into position at a rate of travel of 3m/min. Once correctly placed the element was lowered into its final position in the trench by pumping water back into the ballast tanks and controlling the descent into the trench with pontoon gantry winches. The raising and lowering of the element in the river is actually similar to the method employed by submarines when diving or surfacing.

“Element positioning is similar to the method employed by submarines when diving or surfacing.”

The accurate position of the element was taken by surveyors using total station survey instruments on the North Bank by readings taken off the element survey tower and access tower. Last adjustments to the vertical alignment were made using hydraulic jacks within the element positioned over concrete pads placed in the river prior to the immersion. Each of the five elements were then pulled together using hydraulic rams, compressing the rubber gasket between the elements and forming the primary water seal.

Following the clamping phase, operators entered the tunnel element through a man access tower and released the river water trapped between the tunnel element bulkheads. Once the position of the element was confirmed by the surveyors, the void between the element and the riverbed was filled with sand (3,000m²) to bed it into position. The sand was placed under the element by pumping sand and water slurry through a network of pipes embedded in the base. The next phase required the placement of rock fill around the element. This rock fill is called ‘locking fill’ as it locks the element in position. Further layers of rock fill and rock armour were placed over the tunnel to protect it in the trench.