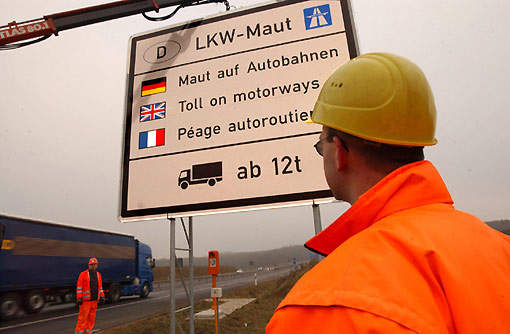 In January 2005 a new toll system was introduced on the 12,000km of German autobahn for all trucks with a maximum weight of 12t and above. 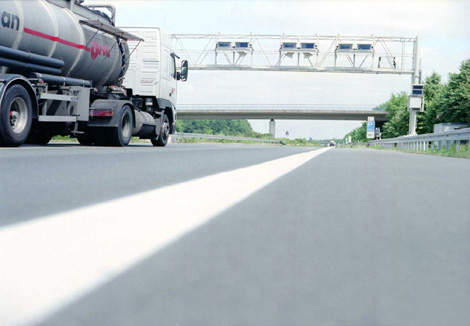 Germany's LKW-MAUT is a governmental tax for trucks based on the distance driven in kilometres, number of axles and the emission category of the truck. 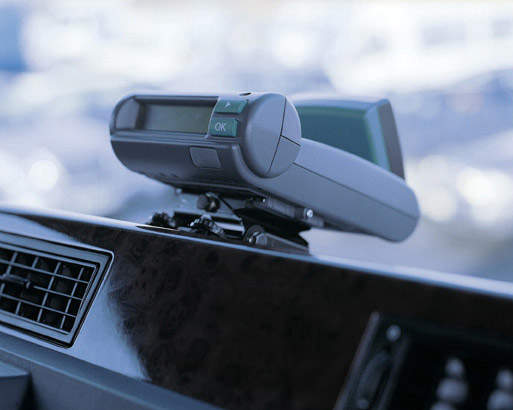 On Board Units (OBU) work via GPS, the on-board odometer or tachograph, a digital map and GSM (used to authorise payment via a wireless link). 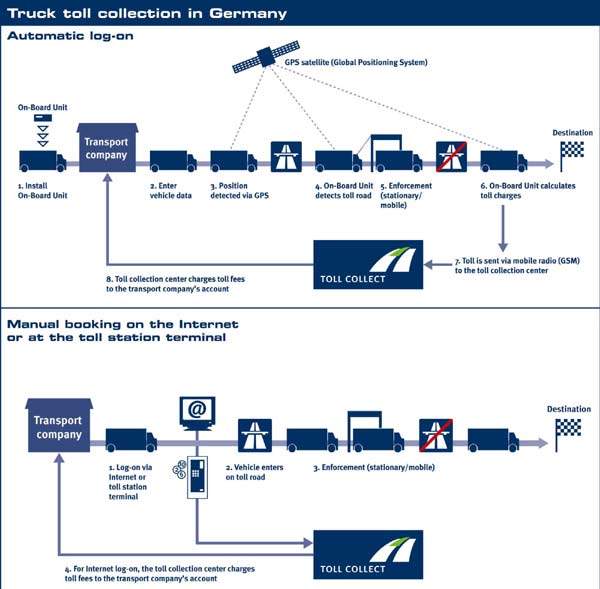 The toll collection system will work via several methods: On Board Units (OBU), manual payment terminals and via the internet. 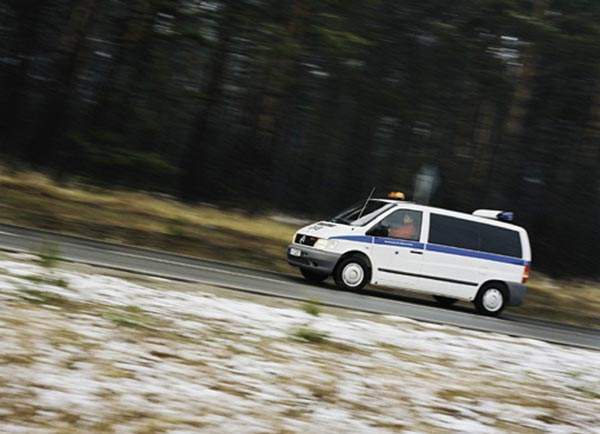 Toll collection will rely on trust to some extent but a fleet of 300 vehicles with 540 officers of the Federal Office of Freight (BAG) will patrol the autobahns checking on vehicles and drivers. 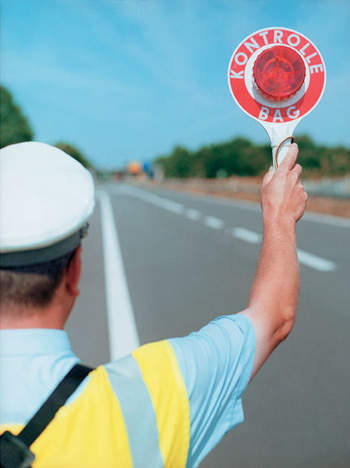 The BAG will have police powers to request trucks to stop for examination at any point during their journey.

In January 2005 a new toll system was introduced on the 12,000km of German autobahn for all trucks with a maximum weight of 12t and above. The new toll system, called LKW-MAUT, is a governmental tax for trucks based on the distance driven in kilometres, number of axles and the emission category of the truck (the average charge is €0.13.5 per kilometre, which was increased in September 2007). The tax is levied for all trucks using German autobahns, whether they are full or empty, foreign or domestic.

The toll system was constructed and is administered by a company called Toll Collect. Toll Collect is a consortium formed by Daimler-Chrysler (45%, original controlling partner), Deutsche Telecom (45%, current controlling partner) and Cofiroute (10%). The system is a major undertaking that now affects over 1.5 million lorry drivers in Germany and the rest of Europe. The tolls collected, which amount to some €2.4bn per year, are being used by the government on road improvements and new road construction.

The investment into the system by Toll Collect is believed to have been in the order of €700m. The system can monitor between 1.3 and 1.5 million trucks, which travel an estimated 23 billion km/year.

The German government officially awarded the contract for the system to Toll Collect in August 2002. This was contested by a rival consortium, AGES-MAUT (Shell, Vodafone and various financial institutions), but the case was lost and the contract stood. The government contract initially called for the system to be ready by August 2003 and severe financial penalties were incorporated for any delays.

Several delays occurred in the system development due to various technical problems, which led to an announcement of a cancellation of the contract in February 2004 (only one year to build such an extensive and complex system was not really realistic). A renegotiation of the contract followed in March 2004 with more realistic timelines and financial penalties agreed between the German government and Toll Collect (who took a 5% cut in fees).

“The LKW-MAUT system can monitor between 1.3 and 1.5 million trucks, which travel an estimated 23 billion km/year.”

Thankfully, the version 2 implementation went through on time. The German government has lost €3bn because of the late introduction of the system and recovery of this has been pursued through legal arbitration.

To account for the renegotiations in the contract, Toll Collect carried out an extensive reorganisation of its resources to meet the new terms of the contract and gave Siemens a major role in the development of phase two of the project. The first phase was judged by independent observers as a success (it collected €665m in its first three months of operation).

Many European countries are watching the system closely as this is the first time a GPS-based toll system has been used. Some hauliers complain about the unfair tax on the logistics business in Germany and others have said that the system is just not that good at picking up lorries on the German road system. One company completed 145 journeys without paying the toll charge.

The toll system is not based on toll booths or plazas on the highways themselves but instead works via several methods: On Board Units (OBU), manual payment terminals and via the internet.

OBUs work via GPS and the on-board odometer or tachograph as a back-up to determine how far the lorries have travelled by reference to a digital map and GSM to authorise the payment of the toll via a wireless link.

Manual payment is available for those vehicles not equipped with an OBU; there will be over 3,500 toll payment terminals at motorway service stations or rest areas where drivers can enter the details of their journey and pay the toll in advance (only in Euros if it is cash, or by using a credit card or oil company/fuel card) and receive a ticket receipt.

For those drivers who would like to pay the toll well in advance there is also the option of paying via the internet. Total truck registration was approaching 1 million in early 2008.

In addition to 300 toll checker gantries strategically located throughout the country, Toll Enforcement also relies on mobile patrols, consisting of a fleet of 300 vehicles with 540 officers of the Federal Office of Freight (BAG). The officers patrol the autobahns, checking vehicles and drivers to see if they have paid the toll or have the OBU installed (these vehicles will be equipped with an infrared short range DSRC (Dedicated Short Range Communications) system that can be used to scan and monitor trucks in motion). The BAG has police powers to request trucks to stop for examination at any point during their journey.

The autobahn system also has a 300 gantries equipped with IR detection equipment and high resolution cameras able to pick out trucks via profiling (and record number plates). These send a DSRC signal to a DSRC transponder (which are part of the OBU) in the lorry to check on the accuracy of the GPS as a back-up and also alert BAG officers to toll violations. The OBU is also able to work with the new Galileo satellite system for positioning (fully operational 2008) which is being developed in Europe as a more accurate alternative to GPS.

The toll system will be fully functional from the start, with no restrictions. The automatic section of the system was activated in two stages (phases): software version 1.0 has a digital map of the toll road network and the fee parameters. As of January 2005, the map and fee parameters cannot be updated via the wireless GSM mobile telecommunications.

However, foreseeable changes in the toll network were pre-programmed into version 1.0 and have become effective as required on the appointed date. In the course of regular workshop visits from August 2005, e.g. for servicing inspections, the OBU software can be updated to version 2.0 by January 2006.

This version guarantees that the digital map and the fee tariffs are constantly updatable. In May 2008 a new route model was activated for the system and transmitted to the OBUs installed in vehicles via mobile radio signals. The update included over 400 changes, including three newly opened traffic junctions:

There was also route information for new road segments due to become active in the forthcoming months such as parts of the A113 from Berlin Adlershof to the Schönefeld Airport and the A117 between Waltersdorfer Dreieck and Grünau.

In 2007 Toll Collect even extended the scheme onto major trunk roads in Germany to prevent what was seen as toll avoidance by some truck drivers. These route changes included: the B75 between the Hamburg-Marmstorf access to the A7 motorway and the A253 motorway; the B4 from the Hamburg-Eidelstedt access, north of the A23 motorway, to Bad Bramstedt; and the B9 between the German-French border and the Kandel-Süd access to the A65 motorway.

These route changes uploaded to OBUs via mobile radio signals over the course of several weeks.

Deutsche Telecom is the controlling shareholder and operations managers for the project while T-Systems, a subsidiary of Deutsche Telecom, are the general contractors with responsibility for system construction, fixed-line infrastructure and programming. T-Mobile and Vodafone are handling the GSM mobile communications section of the project.

“In 2007 Toll Collect extended the scheme onto major trunk roads in Germany to prevent what was seen as toll avoidance by some truck drivers.”

Siemens have been given the responsibility as technical project coordinators for the OBU version 2.0 software. The toll payment terminals were supplied by Hoeft Wessel AG of Hanover (contract value estimated at €87m) and NCR (National Cash Register) of the US. Grundig (DIN slot mounted type) and Siemens (on dash board type) are the two suppliers for the OBUs. The OBUs use a GPS system manufactured by Navman NZ of New Zealand in conjunction with Unitronic of Germany, using a Rockwell Conexant design (contract worth $40m).

The OBU also uses a GSM wireless unit supplied by Wavecom of France. There are 1,850 authorised installer and servicing companies for the OBUs in Germany and surrounding countries.

VITRONIC of Wiesbaden, Germany, were given complete responsibility for the enforcement of the tolling system and provided the 300 gantries, located nationwide, for the system.

The toll gantries and BAG enforcement vehicles use a multifunctional active infrared 1Mbit/sec DSRC system supplied by EFKON of Austria, which has supplied over 1 million enforcement devices for the system. The car systems will also include a mobile office, payment terminals, copiers and scanners to create court proof evidence of toll violations and one hand-held enforcement device per vehicle. The full DSRC system contains dual interfaces:

EFKON is also providing infrared multilane free flow enforcement for 300 sites in busier locations such as border crossings and roads leading into cities. These are designed for vehicle speeds of up to 250km/hr. In addition, there are 200 solar powered GPS-backup beacons for locations that cannot be tolled by GPS, for example exits after tunnels and road construction sites. All EFKON equipment has been deployed under the ISO TC 204 CALM standard for full compatibility with other supplied equipment.