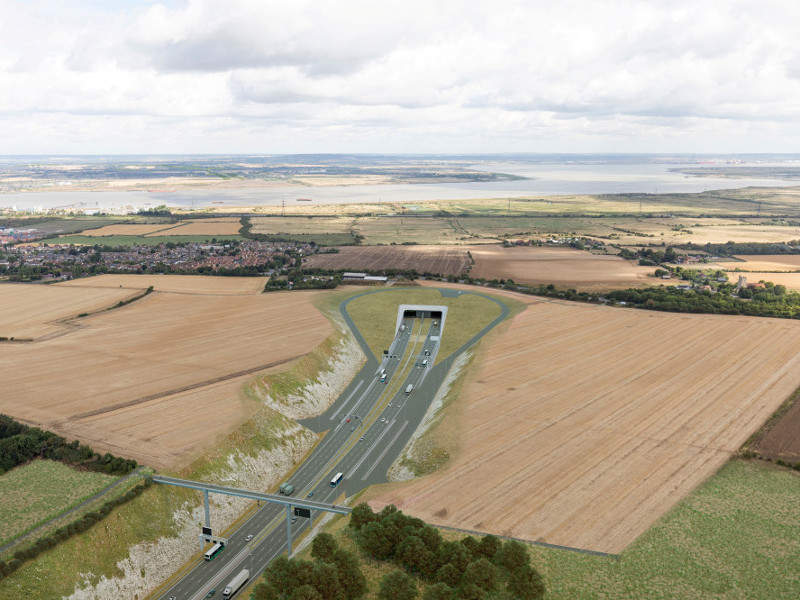 The Lower Thames Crossing will be a 23km-long new motorway connecting Kent, Thurrock, and Essex. Image courtesy of COWI. 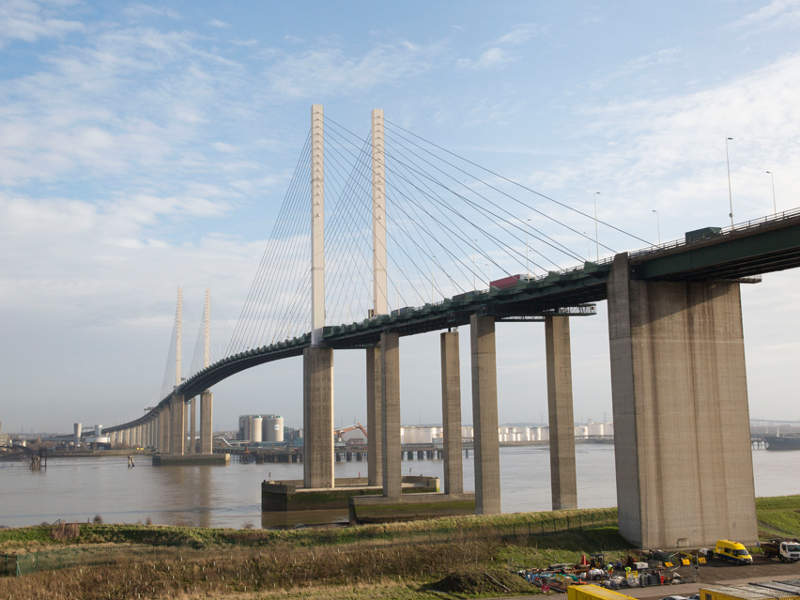 The new crossing will reduce congestion at Dartford Crossing and improve connectivity. Image courtesy of Crown. 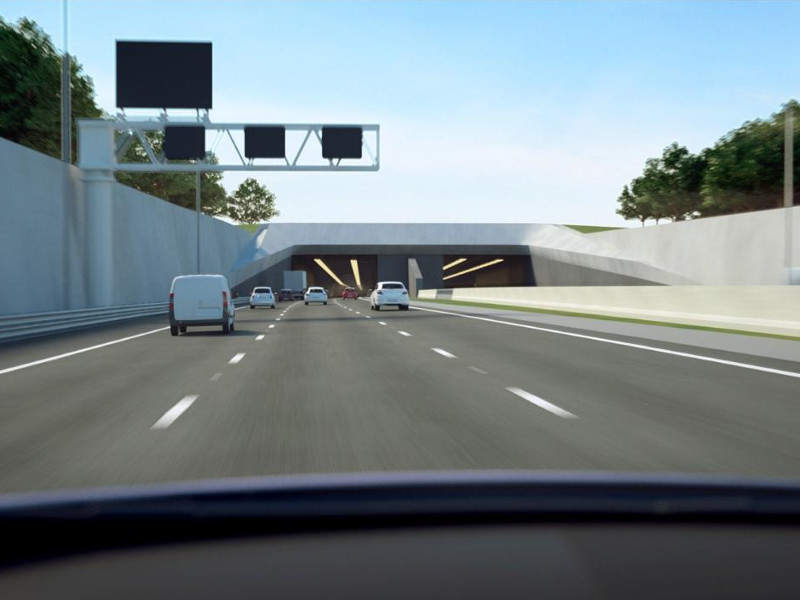 The Lower Thames Crossing will also include a 4km-long twin-tube tunnel under river Thames. Image courtesy of COWI.

The Lower Thames Crossing is a new motorway proposed to be built below the River Thames in the UK. The 23km-long road will include a 4km-long twin tunnel, which will be the second longest road tunnel in the country. The project will increase the road capacity across the river east of London.

The new motorway will connect Gravesham in Kent and Thurrock in Essex through a tunnel. It will be one of the biggest and complex road projects ever built in the UK.

The preferred route for the road was announced in April 2017 and a public engagement event was held in October 2018. The project is being undertaken by Highways England.

Construction of the Lower Thames Crossing is expected to commence in 2021 and scheduled for completion in 2027.

The new motorway will have three lanes in each direction, with a speed limit of 70mph. It will connect the tunnel to the A2 and M2 in Kent on the southern side and A13 and junction 29 of the M25 in the London Borough of Havering on the northern side.

The crossing will also feature a 4km-long twin-tube tunnel under the Thames River, for southbound and northbound traffic. With a diameter of 16m, the tunnel will be one of the largest bored-tunnels in the world.

Improvements to the connecting roads, including M25, A2 and A13, will also be performed as part of the project. The project will also involve the construction and renovation of new and existing structures such as bridges, buildings, tunnel entrances, viaducts, and electricity pylons.

The motorway will have emergency areas at 1,500m intervals except in the tunnel, in addition to concrete central barriers and lighting to avoid risks.

It will also have the provision for a rest and service area (RaSA), which will improve the customer experience. The RaSA will include parking spaces, electric vehicle charging points, toilets and washing facilities, a grassed picnic area, and fuel and food outlets.

The construction works will require the creation of several components along the project route such as offices, equipment storage and maintenance, materials storage, staff accommodation, vehicle parking and welfare facilities.

The tunnel construction will initially include a precast facility for tunnel lining production and storage, a separation plant for processing excavated material, a water treatment plant and hyperbaric facilities.

A temporary substation will also be built to supply power for the tunnel boring machines (TBMs) and supporting functions.

The Southern tunnel entrance has been moved 350m to the south for reduction of impact on the Thames Estuary and Marshes Ramsar site. A direct connectivity has been provided between Gravesend and the M2/A2 eastbound and the Gravesend East junction while link roads have been redesigned to improve the journey times.

The maintenance depot has been relocated to the existing Highways England facilities. The route between Tilbury and A 13 junction has been moved 60m north-east to avoid major overhead cable diversion works.

Slip roads have been redesigned at the junction between the Lower Thames Crossing, A13, A1089 and A1013 for reduction in the visual impact and improve safety and connectivity at the junctions.

Asouthbound lane between the M25 and A13 junction has been removed to reduce the route’s impact and also provide sufficient long-term vehicle capacity.

The southbound link from the M25 to the Lower Thames Crossing has been redesigned to avoid the need for demolition and reconstruction of the existing Ockendon Road bridge over the M25.

The crossing will reduce journey times along few sections of the A127 and the M20. It will also minimise congestion at Dartford Crossing and east-west approach roads, including the M25, A13 and A2.

The new road will increase the traffic capacity across the Thames from four lanes in each direction to seven lanes. It is expected to carry 4.5 million heavy goods vehicles in its first year of operations.

Lower Thames Crossing will boost the economy by reducing delays and offering safer and more reliable journeys. It will also potentially create more than 6,000 jobs and more than £8bn ($10.2bn) of economic benefits.

Comprising Arcadis, Jacobs and COWI, the LTC CASCADE joint venture (JV) was awarded a ten-year contract by Highways England to provide technical support throughout the development and construction of the crossing.