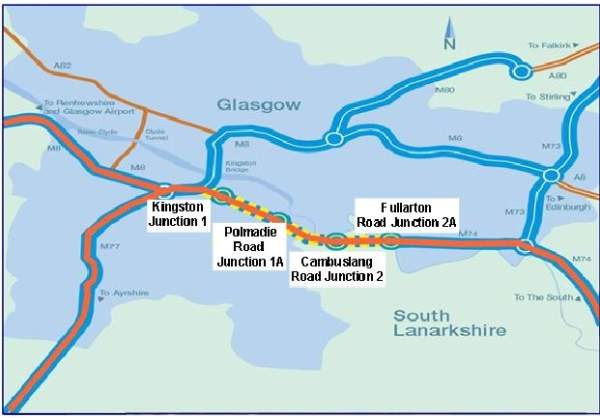 The M74 motorway extension is an 8km motorway link that connects the M74 at Fullarton Road to the M8 motorway, west of Kingston Bridge. Image courtesy of Transport Scotland. 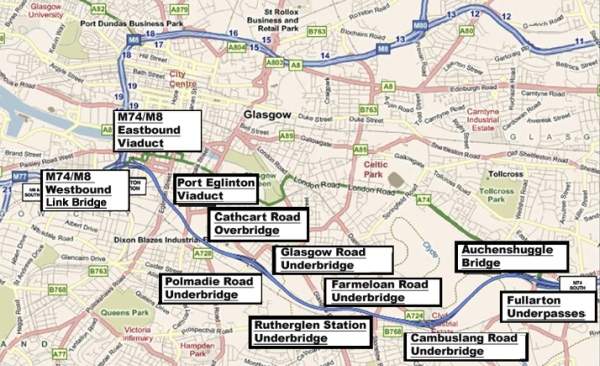 The project will improve the transport links between western Scotland and other parts of Scotland. Image courtesy of Transport Scotland. 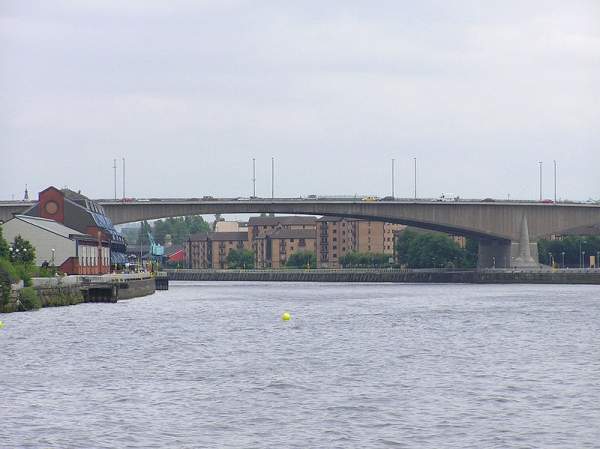 The new motorway section will be linked to the carriageways of westbound M8 motorway at Kingston Bridge. Image courtesy of Iain Thompson. 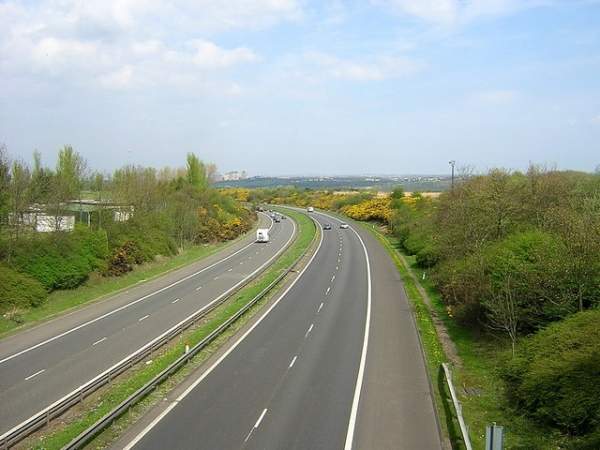 The motorway link is an important part of the transportation development for the 2014 Common Wealth games which will be conducted in Scotland in 2014. Image courtesy of Finlay McWalter.

The M74 motorway completion involves an 8km (5mi) long motorway link, connecting the M74 motorway at Fullarton Road near Carmyle to the M8 motorway west of Kingston Bridge. The extension passes south and east of Glasgow, Rutherglen and Cambuslang.

“The M74 motorway completion was estimated to cost £657m ($1.02bn) including costs of land acquisition.”

The extension link was built as part of Scotland’s transportation improvement investments. The project is expected to improve the transport links in western Scotland to other parts of Scotland. It will reduce traffic congestion and the average amount of road accidents each year. It will also create new jobs across western Scotland.

The motorway extension link plays a vital role in the Clyde Gateway regeneration, a project aimed at developing the communities in western Glasgow.

It is also an important part of the transportation development for the Common Wealth, games which will be conducted in Scotland in 2014.

The extension link begins near Carmyle and crosses the brownfield and industrial sites of Cambuslang, Rutherglen, Polmadie and Eglinton and finally joins the M8 at Tradeston.

Construction of the M74 extension

Construction on the motorway link began in May 2008 and was completed by June 2011.

A total of 500 concrete beams were used in the motorway link. Around eight miles of stone columns were used. The construction work also involved 280,000 tons (t) of pavement and 24,000t of low noise surfacing.

Around 24mi of drainage and culvert works were completed. A total of 70,000m3 of structural concrete and 24,000t of structural steel was used for the construction.

The Glasgow to Edinburgh route witnessed 100mi of piling works. Around 166mi of vertical drains and 500mi of drilling works were completed.

Construction of the M8 / M74 eastbound viaduct began in August 2008 and was completed by Spring 2010.

Auchenshuggle Bridge (Clyde Crossing) construction began in May 2009 and was completed in the first quarter of 2011.

“The extension link was built as part of Scotland’s transportation improvement investments.”

Construction of the Rutherglen Station Underbridge was completed in Autumn 2010. Strathbungo Rail Underpass was built in the last quarter of 2010.

Work on Cathcart Road Overbridge was initiated in July 2008 and completed by Spring 2011.

Foundations of the Polmadie Road Underbridge were laid in early 2008 and the construction was completed by Spring 2011.

Contractors playing a part in the project

The M74 motorway completion was estimated to cost £657m ($1.02bn) including the costs of land acquisition, works and construction. Land acquisition was completed at a cost of £200m ($312m).

Around 87.35% of the estimated cost was funded by the Scottish government and the remaining amount was financed by Glasgow City, South Lanarkshire and Renfrewshire Councils.