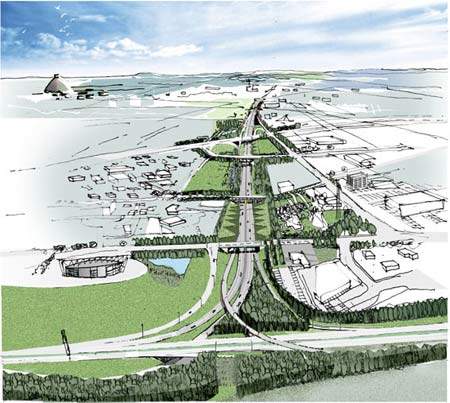 The State Highway 20 extension project in Manukau is a new motorway extension designed to bypass the city between Manukau and the North Shore in New Zealand. 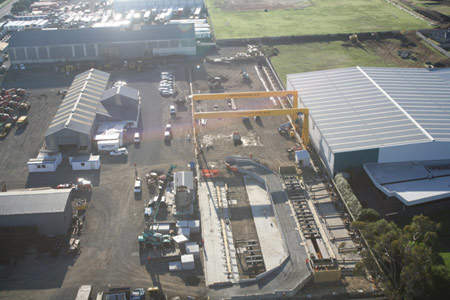 The SH20 to SH1 Manukau Extension project was launched by Transit New Zealand in conjunction with the Manukau City Council. 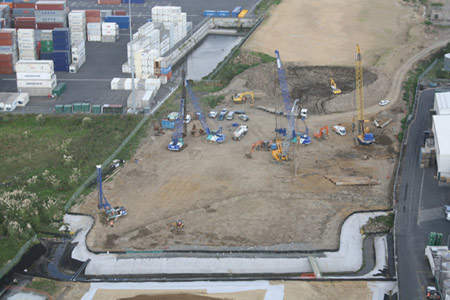 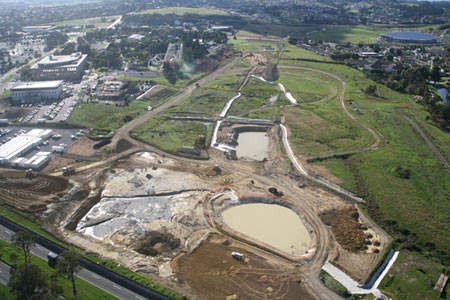 The design and construction of the SH20 to SH1 Manukau Extension was carried out by Leighton Works, a joint venture (JV) between Leighton Contractors and New Zealand-based Works Infrastructure. 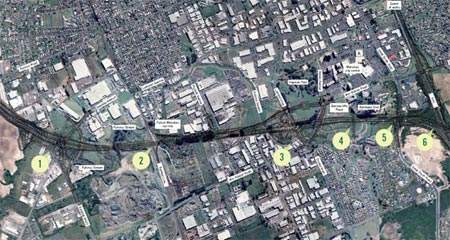 An aerial view of the SH20 to SH1 Manukau Extension project.

Map of the SH20 to SH1 Manukau Extension project.

The State Highway 20 extension project in Manukau is a motorway extension in New Zealand (NZ) designed to bypass the city between Manukau and the North Shore. It was launched by Transit New Zealand, in conjunction with the Manukau City Council.

The SH20 Manukau Extension was designed to help relieve congestion on key roads around the city centre such as Cavendish Drive and Great South Road where further retail, business, apartment and entertainment developments are expected. The new road replaced Wiri Station Road as the main link from Manukau city centre to the Southwestern Motorway.

Concurrent with the motorway works, Manukau City Council had undertaken a separate project to connect Nesdale Avenue with Cavendish Drive.

The $210m extension project commenced in June 2006 and was completed by January 2011. According to the NZ Transport Agency, the new motorway played a crucial role in making the 2011 Rugby World Cup a successful event, which the country hosted.

The design and construction of the project were carried out by Leighton Works, a joint venture (JV) between international construction company Leighton Contractors and New Zealand-based Works Infrastructure.

Works Infrastructure supplied more than 150,000t of asphaltic concrete from their Auckland plant for the road surface.

The project was developed jointly by KiwiRail, Auckland Regional Transport Authority (ARTA) and Manukau City Council. The whole project was finished in January 2011.

Before the commencement of the extension project, patronage of these services had risen by 70%. Manukau City Council also viewed the SH20 Manukau Extension as a critical connection to support future growth at the Wiri and Auckland International Airport business zones and an expected increase in the population of 40,000 people at the new nearby suburb of Flatbush.

Nesdale Avenue was extended to pass under the new motorway and across a diversion of the Puhinui Stream from where it joins the existing SH20.

The Nesdale Interchange is a major exit and an entry point for traffic to and from the new motorway.

Twin bridges have been built to cross the North Island Main Trunk Rail Line. Each bridge has four spans totalling 120m in length. Earthworks formed a platform alongside the motorway for the future rail link to Manukau city centre. Work on the bridges started in mid-2008 and continued until July 2010.

Traffic to and from Manukau city centre uses the interchange as a major access point for the completed motorway in both directions. It is also the main exit and entry point for Manukau Central Business District traffic to get to the Southern Motorway (SH1). A bridge was built to allow Lambie Drive to pass over the new motorway.

There is also a rail underpass for the future rail link to Manukau city centre. During construction, the traffic was handled in shifts in Lambie Drive to allow the work to proceed. Work at this site started in early 2008 and was concluded in early 2009.

Work at Barrowcliffe Place allowed direct bridge access from the undeveloped area south of Wiri Station Road across the motorway to Manukau city centre. It includes a local road bridge and pedestrian access (work was started in 2007 by Manukau City Council).

A bridge was built at Great South Road to allow the new SH20 Motorway to pass over it. The bridge was constructed in two stages. Traffic has shifted around the construction at various stages.

The SH1 and SH20 motorways join at the SH1 interchange. The interchange features a 240m-long curved flyover with ten spans. The exit ramp from SH1 to Great South Road has been realigned. Now the traffic travelling to Auckland from the south has direct access to SH20, to the airport and the Western Ring Route. Traffic from SH20 is now able to join SH1 travelling both north and south. This interchange was constructed in three stages. Construction work started in early 2007 and continued until late 2009.

There are three interchanges with motorway-to-motorway connections to SH20 and SH1 at Manukau City. The project involved 13 bridges and 268,000m² of pavement across 140ha. It required nearly 920,000m³ of earthworks. The work also included five motorway crossings over local roads and streams, as well as the main North Island rail line.