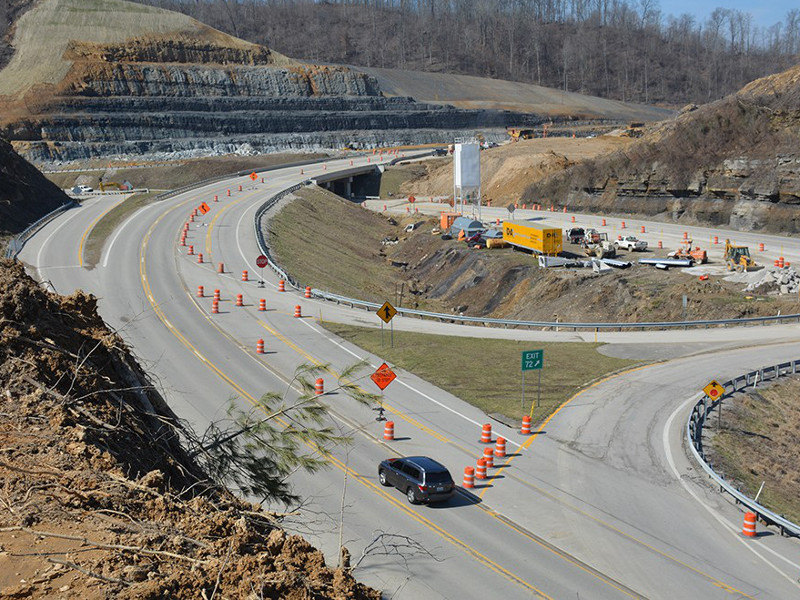 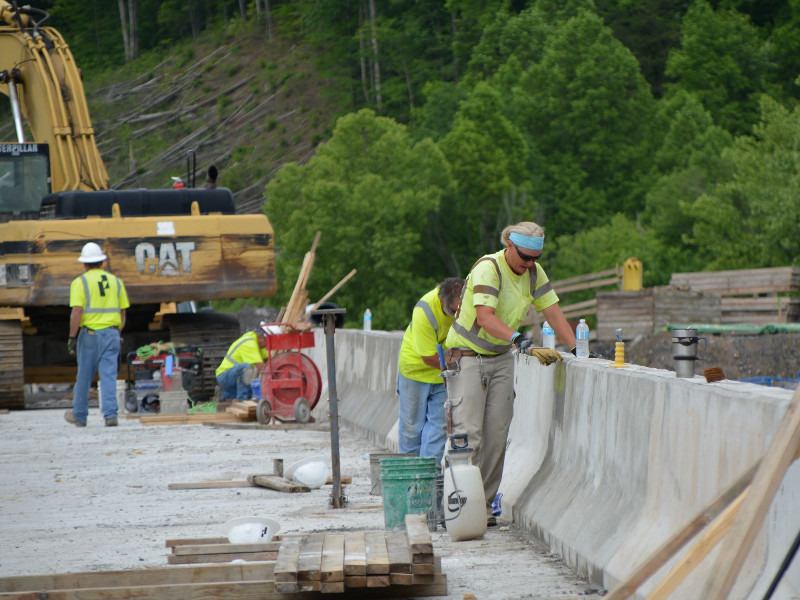 The expansion project will connect Eastern Kentucky with the rest of the Commonwealth. Image courtesy of Kentucky Transportation Cabinet. 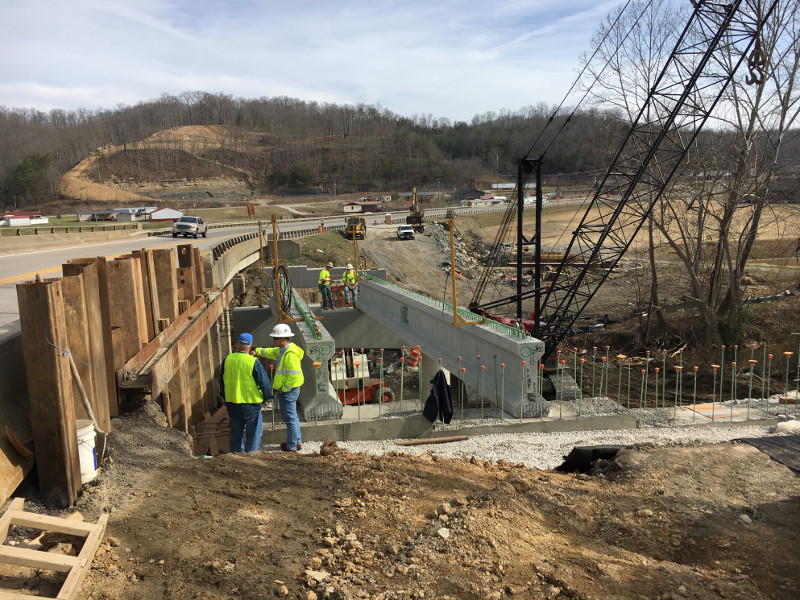 Construction works of the project were begun in October 2014. Image courtesy of Kentucky Transportation Cabinet. 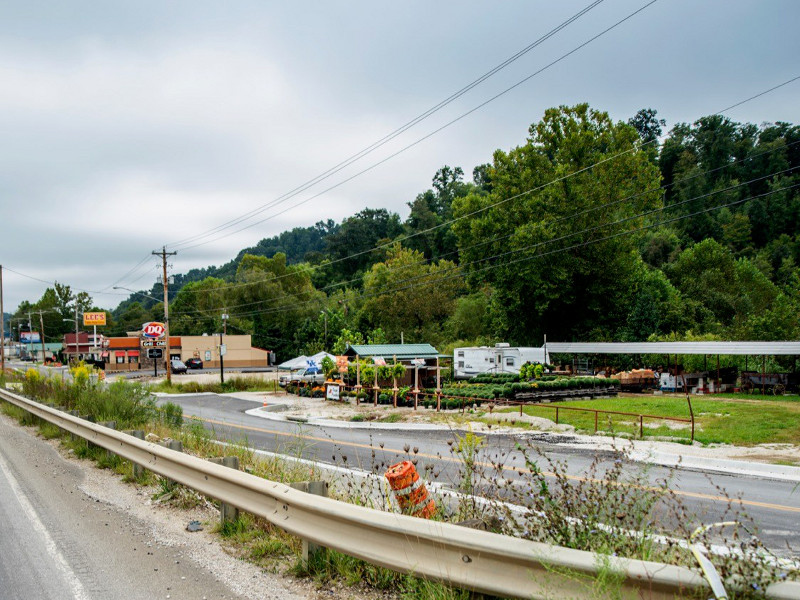 The project construction is expected to take eight to ten years to finish. Image courtesy of Kentucky Transportation Cabinet.

The Mountain Parkway Expansion is a 46-mile (74km) highway improvement project being undertaken to widen and stretch the highway from Interstate 64 near Winchester to US 23 near Prestonsburg.

The $753m project involves the construction of two additional lanes to the high-speed corridor running from Paducah to Pikeville. It will improve the connectivity between Eastern Kentucky and other Commonwealth states.

Construction of the project started in October 2014 near Salyersville and is scheduled to be completed by 2024.

Opened in 1963, Mountain Parkway is a 120km-long state highway that connects the rural areas of Eastern Kentucky and Central Kentucky.

In January 2014, the leaders in Kentucky approved the plan to widen the parkway and increase the number of lanes to four. In addition to connecting with the US 23 highway, the project is also expected to link Pikeville, Prestonsburg, and Paintsville.

Vehicular movement on the first new pavement of the expansion near Gifford Road began in November 2016.

The Mountain Parkway expansion will widen the existing 30 miles (48.2km) stretch between Campton and Salyersville by adding two new lanes to the existing two lanes. It will also add a new 16-mile (25.7km) parkway from Salyersville along the KY 114 to Prestonsburg.

“Opened in 1963, Mountain Parkway is a 120km-long state highway that connects the rural areas of Eastern Kentucky and Central Kentucky.”

To be executed in phases, the project is further divided into six major segments. All segments will include widening the parkway to four lanes and several subsections.

The Wolfe County segment involves the widening of 11 miles (17.7km) of the existing roadway from the end of the four-lane section near Campton to the west of the Lee City/West Liberty interchange.

Morgan County segment is an 8.2-mile (13km) segment starting from Exit 57 (Lee City/West Liberty) near Helechawa to the Cutino-Hager Road overpass. The two existing interchanges will be upgraded as part of the project, in addition to improving the S curve near the Morgan/Magoffin county line.

The Magoffin County west and central segments are 4.6-mile (7.4km) and 5.7-mile (9.1km) roadways respectively. Works under the west segment include moving the existing parkway alignment to the south, in addition to constructing a new interchange at KY 3046 (Kernie-Ova-Seitz Road) for local access. The central segment includes the modernisation of two existing interchanges and the construction of a new interchange at Gifford Road.

Salyersville Restaurant Row segment includes the widening of roads from two to four lanes for a 2.4 miles (3.8km)-long section from the eastern end of the parkway through the Restaurant Row district in Salyersville to the east of the KY 114 junction. It also includes the construction of new access roads to support the existing commercial and retail corridor. The expansion of the segment will be completed by the end of 2019.

The KY 114 segment will involve the widening of a 14-mile (22.5km) roadway from US 460/KY 114 junction near Salyersville to KY 404 near Prestonsburg. It will also include the parkway extension from the east of Restaurant Row segment to the US 23 at Prestonsburg while minimising entry points to ensure safety and mobility.

Preliminary planning, design and engineering work for all the segments of the Mountain Parkway expansion have been completed. The widening of the Magoffin County Central segment was completed in 2016.

Design alternatives are being considered at the Wolfe County and KY 114 segments to identify the effective route to improve the parkway.

In September 2014, the project also received a $24m federal TIGER grant for the construction of a crucial segment in Salyersville during the same month.

Bizzack Construction was awarded a $19.4m contract to widen 1.4 miles (2.25km) of the parkway and the construction of the Gifford Road interchange.

Kentucky Transportation Cabinet awarded a $22.2m contract to Greer Mining in 2014, which includes improvements to the KY 7/Salyersville interchange.

WSP | Parsons Brinckerhoff was awarded the contract to design the 17.7km segment in Wolfe County.

The consortium of Hi-View and Haydon Bridge Company was contracted for the construction of the Morgan County segment in December 2016. KTC has engaged Hinkle Contracting Services for performing the work along the Restaurant Row segment of the Mountain Parkway expansion.