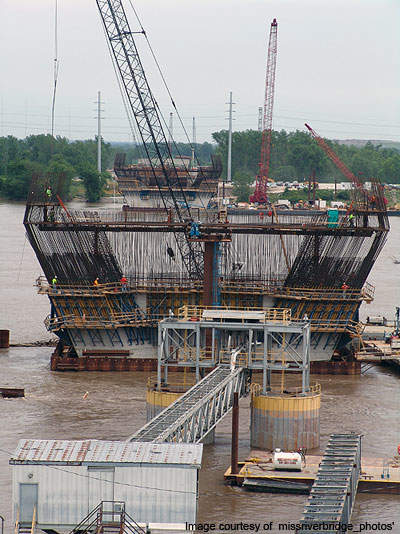 The Stan Musial Veterans Memorial Bridge is the first bridge built in the past 40 years over the Mississippi river connecting St. Louis and Illinois. 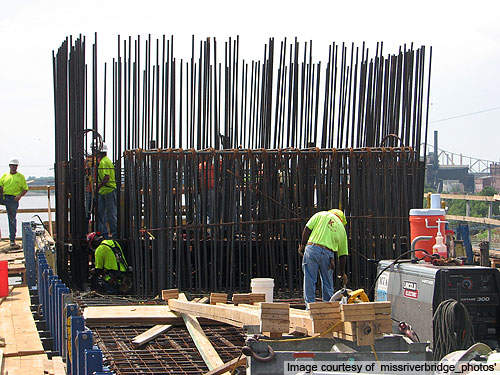 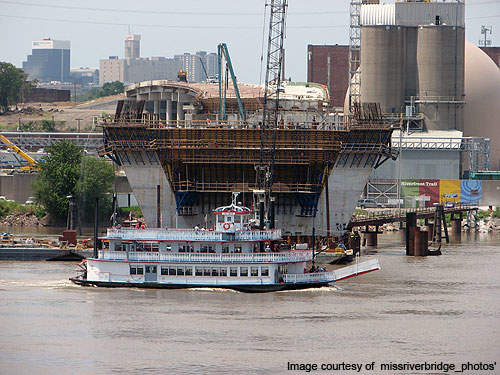 It was located one mile north of the Martin Luther King Bridge. 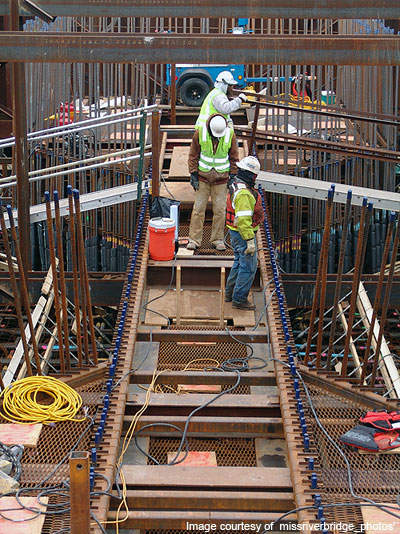 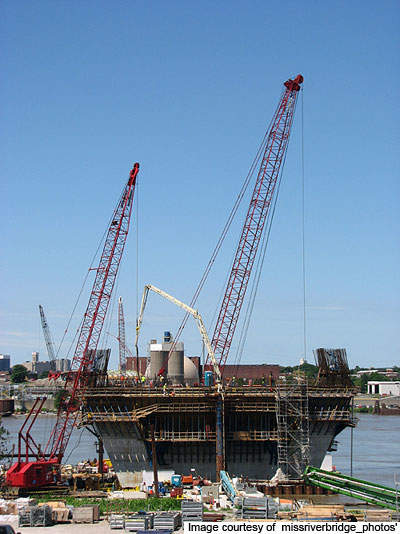 The Stan Musial Veterans Memorial Bridge is the first bridge to be built in the past 40 years over the Mississippi River connecting St Louis and Illinois. At 2,770ft, it is the third longest cable-stayed bridge in the US.

The states of Illinois and Missouri, in 2001, obtained approval from the federal government to build the bridge and associated roadways with an estimated investment of $1.8bn to $2.2bn. Lack of sufficient funds to simultaneously construct all the components, however, forced Illinois and Missouri to redesign the bridge.

The redesigned project estimated to cost $695m broke ground in April 2010 and was opened to traffic in February 2014. The new bridge reduces the traffic congestion on the Poplar Street Bridge, which links St Louis of Missouri to Eastern Illinois. It reduces the accident frequency and also the travel time. It also improves system linkages and community access.

The entire project spans 6,460ft, including the Illinois approach, the main bridge and the Missouri approach.

The new cable-stayed bridge links St Louis of Missouri to the St Claire County of south-west Illinois. It is linked to the I-70 roadway and downtown St Louis by the Missouri I-70 interchange.

The existing tri level interchange meets at the Poplar Street Bridge. The area is improved and new ramps are added to and from the bridge.

The Missouri interchange and I-55/64/70 tri level interchange witnesed additional improvements. The relocated I-70 is extended to I-55/70 interchange of Illinois.

The main span of the four-way cable-stayed bridge is 457m (1,500ft) long, 26m wide and 122m high. It has two single-pylon towers, a nine degree inclination from the river and three planes of cables. It is connected to the Illinois and Missouri approaches at its two ends. The pylon towers are 400ft high above the water level.

Construction of the bridge linking St. Louis and Illinois

Construction works were initiated in 2010. The test shafts were bored into the river in early 2010 and foundation was laid for the construction of the bridge.

“The new bridge reduces the traffic congestion on the Poplar Street Bridge which links St Louis of Missouri to Eastern Illinois.”

Ground breaking ceremony on the Illinois approach was conducted in August 2010. Reconstruction on the St. Louis Avenue Bridge, which was demolished in June 2010, was completed in 2010. The bridge was opened to traffic in November 2010.

Foundation works for the construction of the main bridge were completed in spring 2011. A framework was built on both ends of the river by using approximately 1.9 million lb of steel.

Girders and concrete panels were placed on the Missouri approach in spring 2011. The girders are six feet tall and have a length ranging from 115ft to 145ft.

Building works on the Cass Avenue Bridge were initiated in August 2011 and it was inaugurated in January 2012. About 45,000 cubic yards of concrete was used for the construction of the foundations, deck slab and towers, while approximately 10,000t of structural steel and 8,600t of reinforcing steel were placed in the footings and towers. Footings consisting of six drilled-pier shafts are fixed deep into bedrock.

A $229.5m contract for the construction of the main span of the bridge was awarded jointly to Massman Construction, Traylor Brothers and Alberici (MTA) Constructors in November 2009. Modjeski and Masters were appointed to conduct the bridge studies and prepare the preliminary and final bridge design.

Keeley-Keller joint venture was appointed for the construction of the Illinois approach. The $4.4m preliminary works contract was awarded to Freb Weber in June 2009. The works include the replacement of the Madison Street Bridge and the St Louis Avenue Bridge.

HNTB designed and provided construction documents for the Mississippi River to downtown St. Louis interchange and Illinois I-70 connector project.

CMT constructed the new connectors from downtown St. Louis interchange to the east bound I-70 and the new Mississippi River Bridge.

TENG designed the I-70 Connection, which connects the new Mississippi River Bridge to Illinois Tri-Level Interchange.

AECOM designed the Tri-Level Interchange in Illinois, which connects the new I-70 Connection to I-55/70 and I-64.

The contractors for the Mississippi River Bridge project were Millstone-Bangert, Baxmeyer Construction and Halverson Construction.