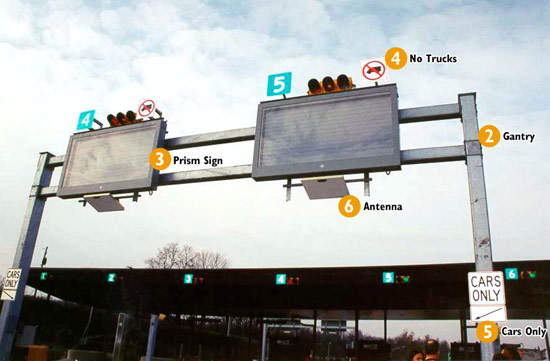 The approach to a tollgate with antennae to read vehicle tags. 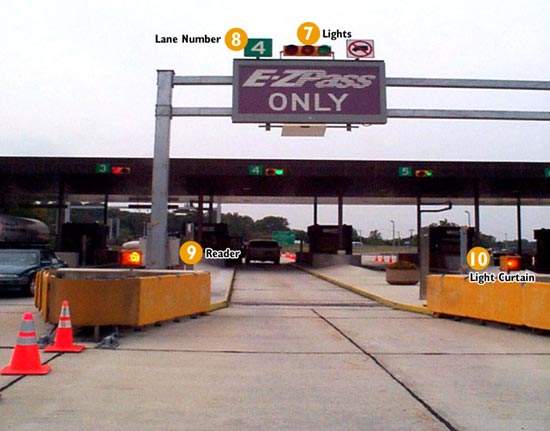 Faster access is available through dedicated lanes for pass holders. Tag signals are picked up by the reader. 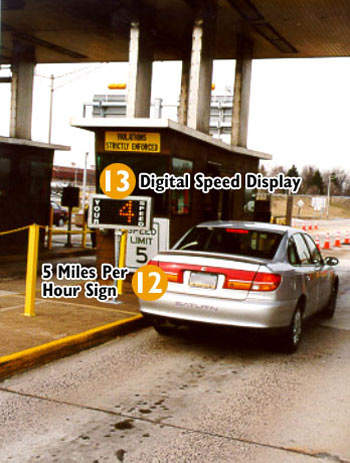 Tollgate allows the vehicle to travel through while cameras monitor for violators. 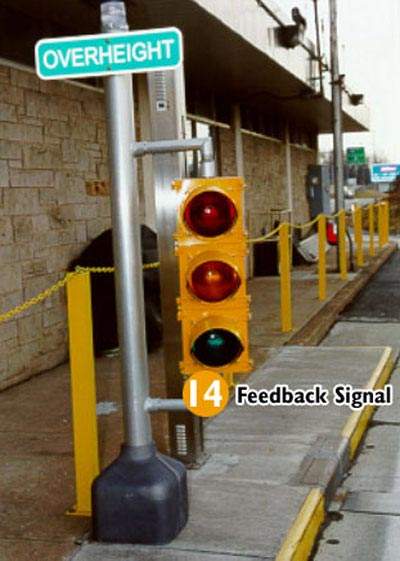 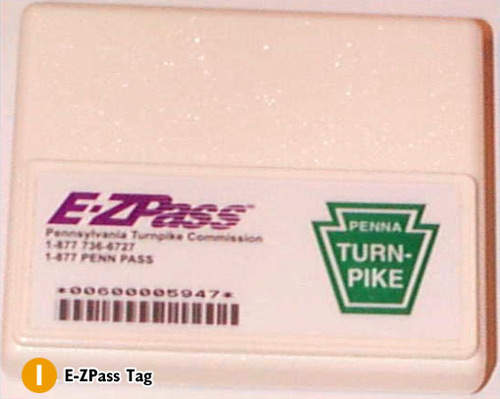 The E-ZPass tag is placed on the vehicles' windscreens. 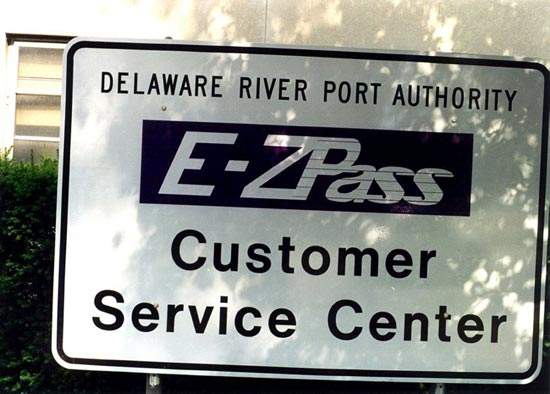 Customer service will be run by ACS State and Local Solutions.

Based primarily on technological integration, the project will also see back office and administrative systems align to create more efficient billing and administration. The move is intended to bring closer the goal of ‘one truck, one transponder’.

The E-ZPass works by reading a transponder tag affixed to the windscreen of a vehicle as it passes through the tollgate. The gate rises automatically and the toll fee is credited from a pre-paid E-ZPass account. Cameras are in place at the gates to catch any violators.

PrePass allows commercial vehicles to pass rapidly through weigh stations. A mile before a station, Weigh-In-Motion (WIM) technology automatically weighs the vehicle while an Automatic Vehicle Identification (AVI) system reads a transponder on the vehicle’s windscreen. If there are no irregularities, a light signals the vehicle through immediately, eliminating delays.

ACS State and Local Solutions, of Washington DC, is the system integrator and operator of HELP’s PrePass system. It is also the customer service centre operator for the Thruway. Back office integration will therefore be achieved by an integration of these functions into a single programme, which will be called PrePassPlus.

A Super Account for all PrePassPlus customers using the Thruway will be set up and run by a third party. This provides administrative advantages and third-party management of electronic toll collection (ETC) will help the NYSTA enrol more truckers. There will be fewer transponders on truck windscreens and fewer bills sent in the mail. The option will also be available for commercial carriers to have post-paying accounts for the Thruway.

The HELP-NYSTA agreement enables participating carriers to use one transponder at nearly 200 weigh stations in 24 states and 400 toll facilities in seven states. It is hoped that the partnership will lead to further incremental functionality, such as increased border crossing efficiency or compatibility with other toll authorities.