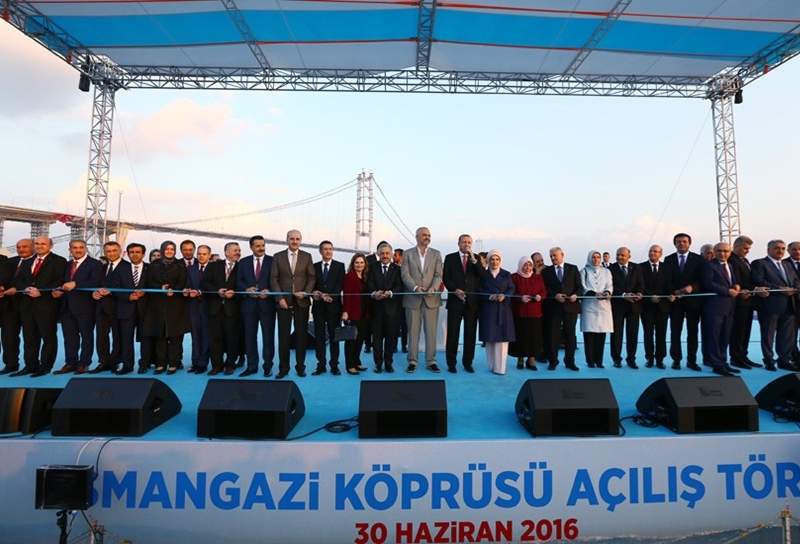 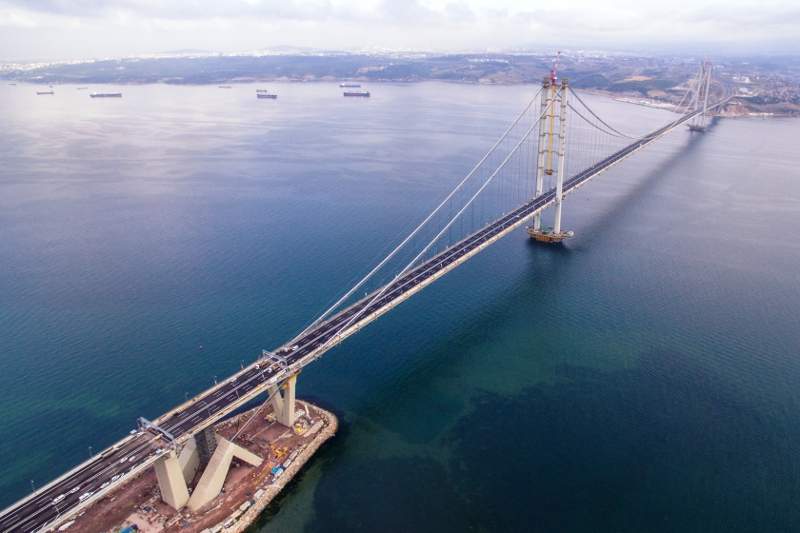 Osman Gazi bridge is 3.3km-long and is touted as one of the world’s longest suspension bridges. Credit: COWI A/S. 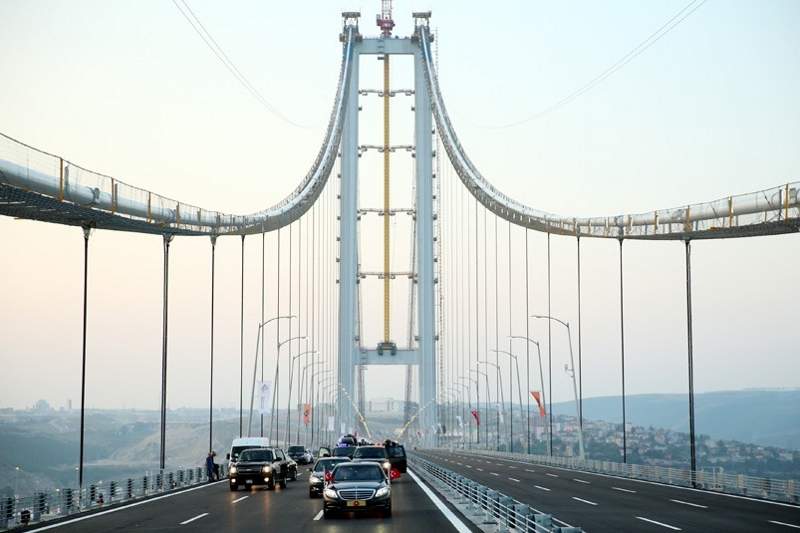 The bridge has a total of six lanes. Credit: Presidency of the Republic of Turkey. 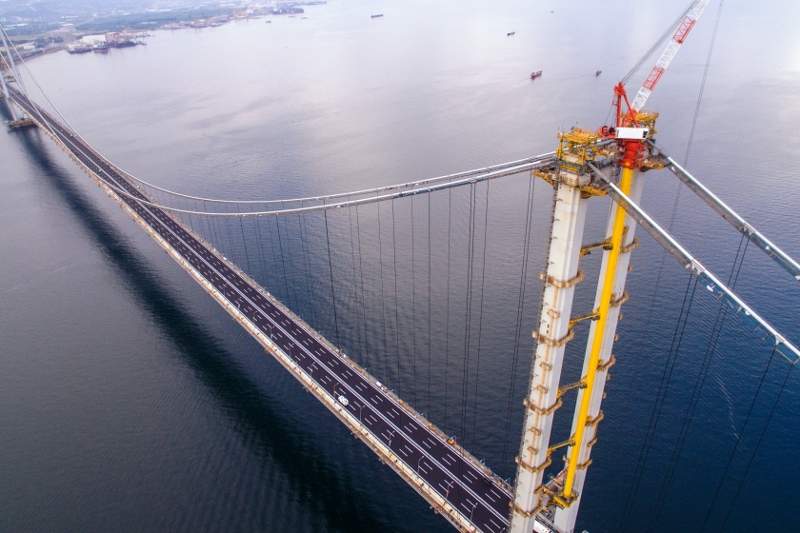 The Osman Gazi Bridge is a newly opened suspension bridge constructed above the Gulf of Izmit or Izmit Bay, at the eastern edge of the Sea of Marmara, close to the city of Izmit and approximately 50km south-east of Istanbul, Turkey.

The six-lane bridge (three lanes in each direction), along with the 409km-long Gebze-Izmir Motorway connecting the cities of Istanbul and Izmir, are part of the biggest freeway project in Turkey.

Touted as one of the world’s longest suspension bridges by central span, the bridge can carry more than 40,000 vehicles a day and will shorten the distance between Istanbul and Izmir by 140km, thus reducing the travel time from eight hours to four hours.

Construction was initiated in March 2013 and the bridge was opened to the public in June 2016.

With a total length of 3.3km, the bridge is suspended 64m above sea level and has a free span of 1,688m between its 230m-high steel pylons.

Designed to fit in with the local landscape and seascape, the bridge features components that blend with each other in terms of their colour, finish and geometric configuration.

The bridge’s girder has a delicate and aerodynamically refined deck edge to give the appearance of a graceful ribbon of motorway suspended above the water.

Transition piers and anchor blocks match the bridge’s aesthetic and reinforce its elegance.

The bridge was constructed in one of the most earthquake-prone areas in the world, which placed additional demands on its design.

To make the bridge earthquake-resistant, the steel pylons were constructed on a concrete foundation, which rests on a large gravel bed and allows the pylons to slide on in the event of a major earthquake.

To continuously monitor the earthquake-prone area, the Osman Gazi Bridge was fitted with 390 integrated seismic sensors that also raise the alarm in cases of excessive vibration.

The sensors also monitor the stability of local infrastructure, longitudinal and lateral strain, and the stress loads on the road sections leading up to the main span. Any slight deformation or damage is immediately detected and reported.

The bridge is also equipped with wind and temperature measuring units, as well as global positioning system (GPS) sensors that register oscillations of the bridge piles down to the last millimetre.

An estimated 85,000t of steel was used for the bridge construction. Special sensors are attached in the interior chambers, bridge towers, decks and sheathed suspension cables in order to detect any changes such as corrosion in the steel structures.

A special dehumidification system for girders, cables and pylons ensure the humidity level remains below 40%, preventing the steel from rusting.

A supervisory control and data acquisition (SCADA) system is being used to monitor and control the system.

A traffic control centre collects data and guides traffic flows while monitoring the situation on the bridge.

Along with the Gebze-Izmir motorway, the freeway bridge is being built through a public-private partnership (PPP) model and was procured under the build-operate-transfer (BOT) model.

Otoyol Yatirim ve Isletme (OYIAS) was appointed as the concessionaire to plan and carry out the 22-year project.

Japanese construction company IHI further subcontracted the project to other companies, including COWI for the bridge design and Siemens for the development, installation and commissioning of the bridge’s structure, traffic control components and systems.

Cimtas, another sub-contractor appointed by IHI, fabricated the tower blocks and tower and girder panels. Danish firm, Dissing+Weitling acted as the architect for the suspension bridge.