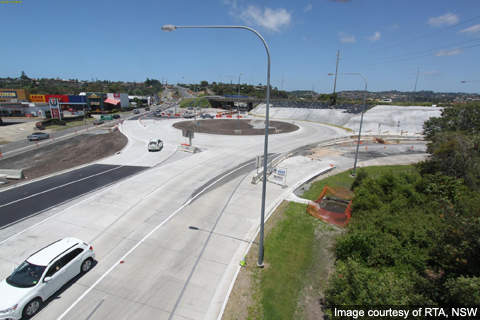 The upgrade of the Banora Point section of the Pacific Highway was approved by the NSW Minister for Planning in February 2009. 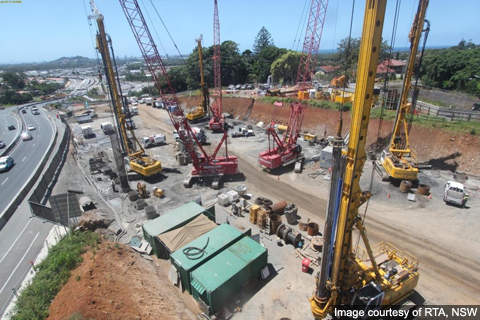 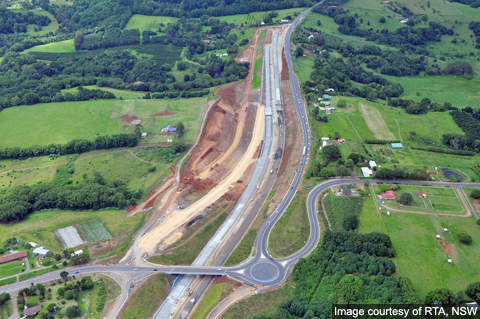 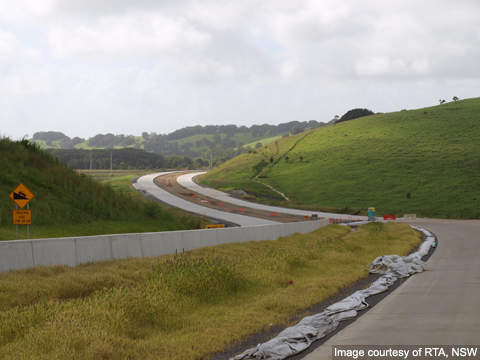 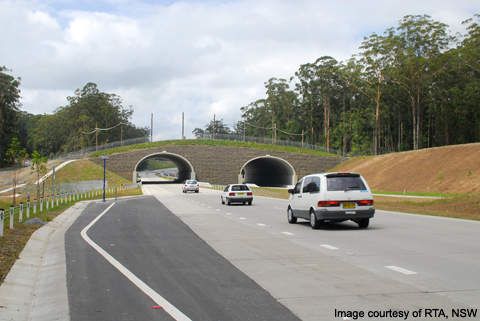 The Bonville upgrade was opened to traffic in September 2008. 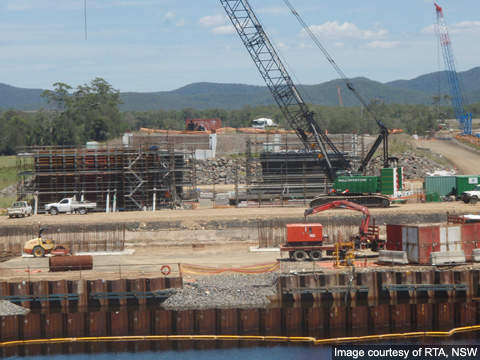 Bulahdelah upgrade - Crane and girders for the unloading of Myall River bridge girders. 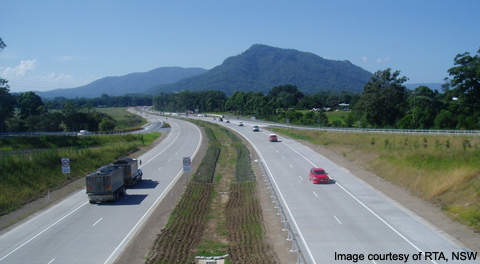 The Coopernook to Herons Creek section of the Pacific Highway was opened in July 2010. 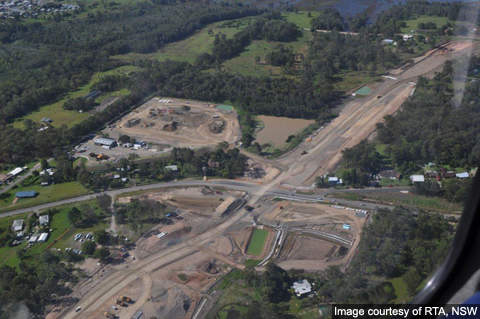 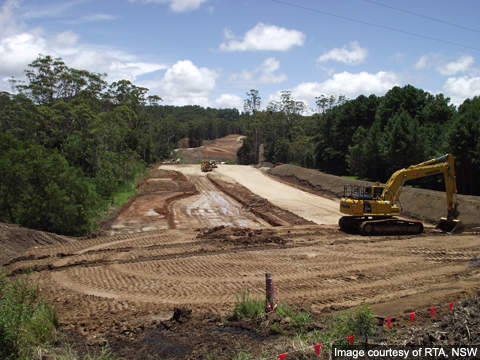 The highway is being upgraded into a four-lane divided road. The project has been jointly undertaken by the Australian and New South Wales (NSW) Governments since 1996. The two governments have committed A$3.6bn to continue the upgrade programmes. The upgrade is expected to be completed by 2020.

The Pacific Highway Upgrade programme being undertaken by the NSW Roads and Traffic Authority (RTA) is a 677km-long road refurbishment project. It is one of the largest road infrastructure improvement projects in the history of New South WalesNSW. In addition to upgrading new sections of the highway, safety improvements to the existing highway are also being made.

The project consists of a number of sections that are being prioritised based on their importance, and budgets are being allocated accordingly.

Priority one, which is expected to be completed within the five-year programme ending 2014, includes the completion of the dual carriageways between Hexham and Port Macquarie, Ballina and Queensland border, and Raleigh and north of Woolgoolga.

Priority two consists of the completion of a dual carriageway between Port Macquarie and Raleigh.

Safety upgrades to the dual carriageway at Glenugie (south of Grafton) and Devils Pulpit (north of Maclean) will be carried out as priority three. This also involves environmental assessments preparation and designs developed for the undeveloped two-lane sections of the highway between Woolgoolga and Ballina.

Most of the Pacific Highway upgrade project is being jointly funded by the Australian and NSW Governments.

Projects currently under construction within this section include the upgrading of 12km of the Ballina bypass between Bruxner and Pacific Highway’s intersection and north of Ballina about 500m north of the intersection with Ross Lane at Tintenbar, a carriageway between Bruxner Highway and Teven Road, the Tintenbar to Ewingsdale section, a carriageway between Woolgoolga and Wells Crossing, and the Woolgoolga to Ballina section.

The Coffs Harbour to Ballina section covers a distance of 209km. It currently includes 15km of a four-lane divided highway, 32km under construction, 6.5km being prepared for construction and another 165km in the planning phase.

The Devils Pulpit section involves a 7.3km carriageway between Grafton and Woodburn, a 7km-long Glenugie upgrade, Sapphire to Woolgoolga upgrade and Coffs Harbour bypass projects are being carried out within this section. Projects completed include Gap Road upgrade (May 1998), Halfway Creek realignment (2004), Korora Hill Reconstruction (December 1997) and Tyndale Realignment (June 2000).

The Port Macquarie to Coffs Harbour section is presently a 151km-long highway, which, when upgraded will be reduced to 146km. The section currently includes 14.5km of four-lane divided highway under construction, 26.4km being prepared to facilitate further construction and another 79km is in the planning phase.

The Warrell Creek to Urunga section involves the upgradation of 42km of the existing highway from Allgomera deviation to Waterfall Way at Raleigh to a four-lane divided carriageway. The 22km section from Nambucca Heads to Urunga was completed in July 2016. The remaining 20km section between Warrell Creek and Nambucca Heads is scheduled to open to the public in 2017.

The Hexham to Port Macquarie section of the Pacific Highway presently covers a distance of 218km and will be extended to 220km after the completion of the upgrade.

The concept design of the F3 Freeway to Raymond Terrace upgrade was announced in July 2008 and major work on the Bulahdelah upgrade was commenced in July 2010. A contract for the Herons Creek to Stills Road section was awarded in December 2010. The Failford Road to Tritton Road upgrade is in the planning phase.

Projects completed within this section include the Bulahdelah to Coolongolook section (October 1999), the 11.7km-long dual carriageway between Coolongolook and Wang Wauk (July 2001), the highway upgrade between Bundacree Creek and Failford Road (2006) and the Coopernook Bypass upgrade (March 2006).

The Ballina bypass project is being carried out by RTA in alliance with Leighton Contractors, Maunsell AECOM, SMEC and Coffey Geotechnics. The design and construction contract for the Banora Point upgrade has been awarded to Abigroup Contractors, Seymour Whyte Constructions and SMEC. Concept design and environmental assessment of the Woolgoolga to Ballina section will be undertaken by an alliance of RTA, Sinclair Knight Merz and Aurecon.

The Tugun Bypass project was undertaken by the PacificLink Alliance consisting of Abigroup, SMEC and Queensland Main Roads. RTA and Hyder Consulting have formed an alliance to prepare the detailed design and environmental assessment of the Devils Pulpit section. The Glenugie upgrade is being undertaken by the Glenugie Alliance comprised of Macmahon, RTA and Arup.

The construction contract for Herons Creek to Stills Road section was awarded to BMD Constructions in December 2010.

The Coopernook Bypass upgrade was undertaken by Abigroup. The design, construction and ten-year maintenance of the Karuah Bypass was awarded to Thiess. Daracon Engineering, Fletcher Construction Australia, Belmadar Constructions, RTA Operations and CSR Emoleum were the main contractors for the Raymond Terrace bypass project. The Coopernook to Herons Creek upgrade was undertaken by an alliance consisting of the RTA, Thiess and Parsons Brinckerhoff.