The Seattle Department of Transport (SDOT) is replacing all of the city's 9,000 single-space parking meters with new Stelio parking pay stations. 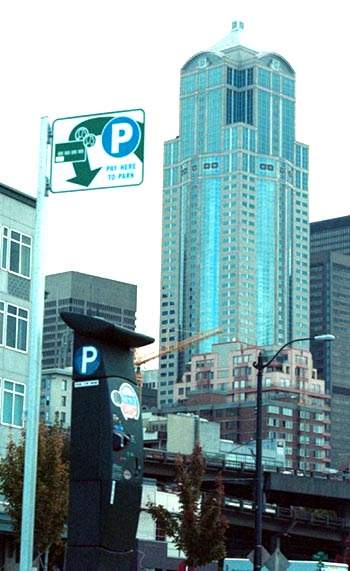 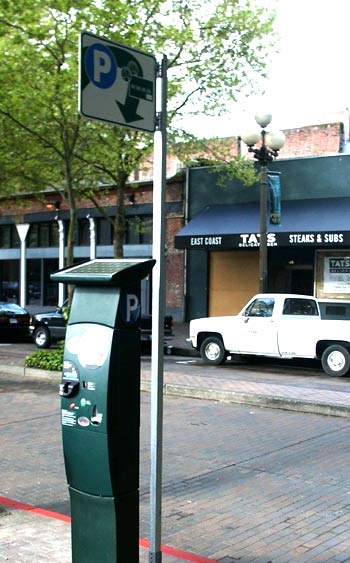 The initial plan is to provide 1,300 parking pay stations across all of the city districts phased in over a three-year period. 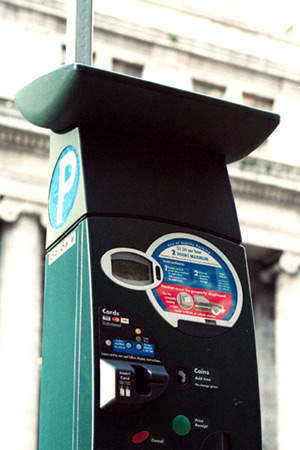 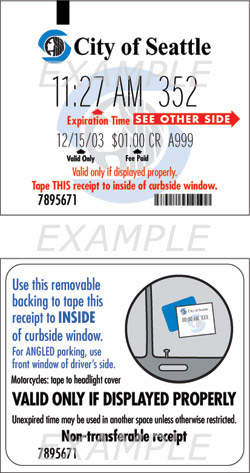 Following payment the customers display a receipt on the front, kerbside window of their vehicle indicating the parking expiry time. 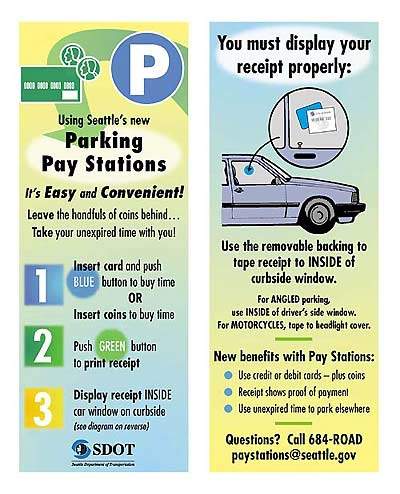 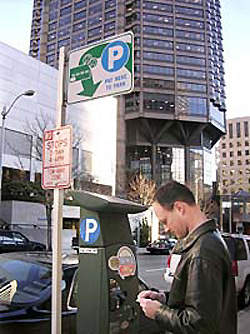 The City of Seattle is in the process of updating and modernising its parking meter system. Starting in April 2004, the Seattle Department of Transport (SDOT) is replacing all of the city’s 9,000 single-space parking meters with parking pay stations. The new system will increase efficiency and mean less overall maintenance.

The initial plan is to provide 1,300 parking pay stations across all of the city districts phased in over a three-year period. There will also be an option to increase this number to over 1,600 if they are required.

The parking system modernisation was recommended in 2002 following the Seattle Parking Management Study. This showed that the city should convert single-space parking meters to a more efficient pay station kiosk system. The recommendation was made to expand payment options for customers, improve management of the parking environment, and to enhance the city’s streetscape (allowing more room for sidewalk cafés).

During 2003, SDOT conducted a best practices review and selected a ‘pay and display’ system. The company chosen to undertake the three-year supply and install contract was Parkeon Inc (formerly Schlumberger’s parking division). Each of the new pay stations costs $6,600 and the city has projected that the initial investment will be recovered within three years after the installation has been completed.

The Parkeon contract with the City of Seattle involves the use of three subcontractors. CreditCall provides credit card verification processing, BemroseBooth provide the receipt paper for the machines and Velocita provide the wireless Mobitex data transmission service.

The pay stations are designed to accept credit and debit cards in addition to coins. Following payment the customers display a receipt on the front, kerbside window of their vehicle indicating the expiry time. If not all the time is used up, drivers can use the remaining parking time they paid for by taking it to another metered or pay station space.

Installation has already started with the first pay stations in Pioneer Square in April 2004, and is continuing through the remaining downtown areas. The goal for the rest of 2005 is to see pay stations in business districts including Waterfront, Capitol Hill, Pike-Pine, First Hill, Ballard, Ballard Locks and the University District. Parking utilization studies are currently underway in several other neighbourhood business districts; the next stage of system roll-out will occur based on the results from these.

As pay stations are new technology it is only fair that they should be explained to the parking customers during an initial ‘honeymoon’ period. To this end in new installation areas since April 2004, ‘Meter Greeters’ in red hats and vests have been available to assist customers and help them understand how the technology works.

Pay stations have the ability to communicate in English, Spanish and Chinese and other languages could be added if necessary. Pay stations track revenue, usage and maintenance data, which is transmitted wirelessly to a central computer location. The pay stations utilise two-way wireless communication for operations, maintenance, collections and financial reporting, and are powered by solar-charged batteries. The new technology has been shown to keep more parking spaces available by eliminating out-of-service times for malfunctioning meters.

The city has two departments that perform coin collection and maintenance based on the communication received from each pay station. In summer 2005, an improved statistics and reporting package will be tested on the new pay station system to improve operational efficiency. Other enhancements may include improvement of the customer-pay station communication interface and a reduction of transaction times.

One of the most important features of the new pay stations is the ability to process on-line credit card transactions. The system offers a high level of security for credit card information since this information is not stored on the pay station or the city computer. The use of the Mobitex and CardEase credit card systems has eliminated credit card fraud (this can be as much as 4% for batch processing systems).

Credit card transactions now account for 60% of pay station revenue (42% of total transactions are by credit card) and this saves on coin collection costs as the funds are directly transferred to the city’s account. The adoption of credit card payments has also increased voluntary payment compliance as the daily revenue generated per parking space is 40% higher for pay station controlled spaces rather than the meter controlled spaces.

In addition to convenience, the parking pay stations offer aesthetic and space advantages over conventional single-space parking meters. Instead of fixed meter posts at nearly every space, one or two pay stations are located on each block for drivers.

In 2005, hourly parking rates are being increased from $1.00/hr to $1.50/hr, or from $0.60/hr to $1.00/hr in a few smaller neighbourhoods. The new rates, it is hoped, will tend to discourage long-term parking use (meter feeding) so that short-term customer and business access needs can be met with the limited on-street parking supply. The pay station system achieved two million transactions between start-up in mid-April 2004 and April 2005. Currently the system is processing 350,000 transactions per month and this is on the increase.

HOW DOES THE SYSTEM WORK?

Whenever a city block with available parking spaces has one or more pay stations, signs at each end of the block direct customers to ‘Pay to Park This Block’ with an arrow pointing towards the pay station. Above each pay station, another sign points to the kiosk and directs users to ‘Pay Here to Park’.

A malfunctioning pay station may have a problem accepting a particular form of payment, but it will continue to accept other forms of payment. When an individual unit goes completely off-line, an alarm is immediately sent to city staff (via computer or pager) notifying them of the problem. In the meantime, customers can still park in a space near an out-of-service unit as long as they purchase a receipt from another nearby pay station.

In addition to out-of-order alarms sent to city staff, other messages are communicated that allow for just-in-time maintenance, so that coin collection canisters may be emptied before they jam and receipt paper rolls may be replaced before they run out.

SDOT is currently exploring the potential to create a smart card for parking payments and also for joining a regional transit card scheme (this would incorporate parking payments). However these smart card projects may not be adopted because of the high level of acceptance of credit card payments.

The system being installed by Parkeon Inc is based on the Stelio pay station, which is a modular system where components can be changed on site within a short space of time allowing easier maintenance. The outer casing is constructed of a high impact resistant cast metal, which is available in a range of colours (Seattle has chosen an attractive forest green).

The system has a fully integrated solar power supply and wireless communication facilities. The wireless communication ensures that important maintenance, payment information and usage statistics are made available to the City of Seattle through the Parkeon Parkfolio® management system which can be monitored from any internet terminal.