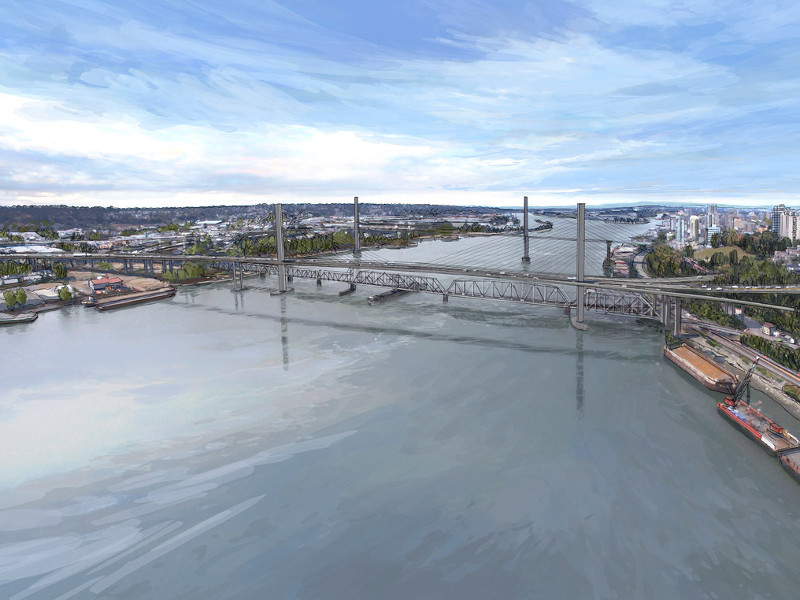 The Pattullo replacement bridge will be constructed upstream and parallel to the existing Pattullo Bridge across the Fraser River. Credit: Government of British Columbia. 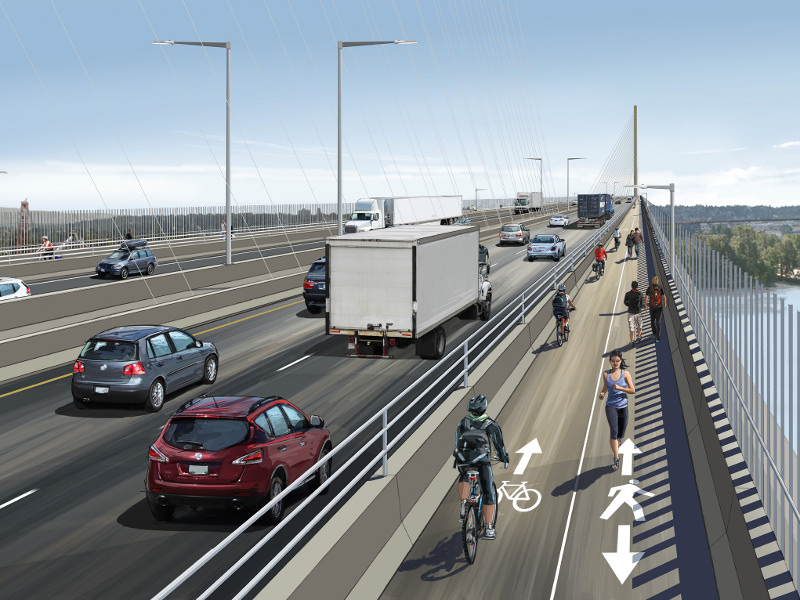 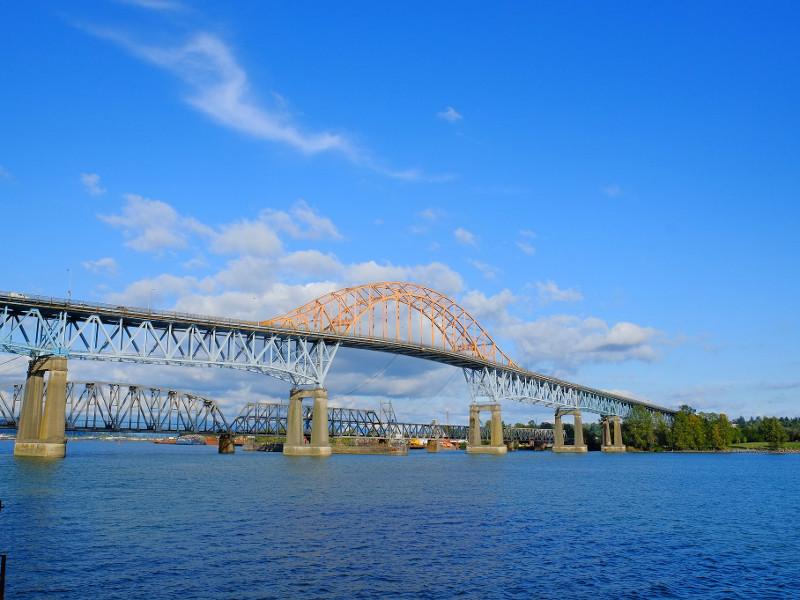 The existing Pattullo bridge structure will be demolished, upon commissioning of the new bridge in 2023. Credit: Reg Natarajan.

The Pattullo Bridge, which provides a direct connection between the cities of New Westminster and Surrey in British Columbia, Canada, was built in 1937. The bridge was originally designed for a life span of 50 years.

The service life of the aging bridge has been extended by more than 30 years. However, efforts to further prolong its use were no longer thought to be cost-effective.

In May 2019, the replacement project received a project and environmental review permit from the Vancouver Fraser Port Authority.

Construction will commence in late 2019, while the new bridge is expected to be commissioned in 2023. Upon its opening, the existing Pattullo Bridge will be demolished.

The C$1.37bn (£828.8m) project will be funded, delivered and owned by the Province of British Columbia.

The new bridge will be constructed upstream and parallel to the existing Pattullo Bridge across the Fraser River. The in-stream project components will be laid within the Vancouver Fraser Port Authority (VFPA) jurisdiction, while the Surrey approach spans over leased VFPA property adjacent to the Fraser River crossing.

The project will utilise a design-build approach, which will result in variations between the authorised plans and the contractor’s final design. However, the design will not impede any potential future expansion of the bridge to six lanes.

To encourage less motorised travel over the Fraser River, the new Pattullo Bridge will feature walking and cycling lanes on each side, separated from motorised traffic by fixed barriers.

It will provide network connections to New Westminster and Surrey. The bridge and its approaches will be located within the Certified Project Boundary of the river bank.

Reinforced concrete is proposed to be used for the concrete piers and abutments. A maximum of four in-river piers will be constructed outside of the navigation protection zone defined by the Vancouver Fraser Port Authority. The approach section will consist of nine piers within the South Mainline Approach Area.

Grade separation superstructures will be constructed with steel girders or precast, pre-stressed concrete girders and reinforced concrete deck slabs. Compacted backfill will be placed up to the abutments after the superstructure is complete.

The long span structure of the bridge will enable the construction of foundations in locations that will minimise changes to the river hydraulics due to the bridge structure. Temporary trestles and barge-mounted equipment will be used to install the crossing.

Scrap materials from the dismantled bridge will either be recycled or disposed of, according to regulatory requirements.

TransLink was involved in the conceptual development and planning phases of the bridge replacement project.

The preferred bidder will be announced by the government at the end of 2019.