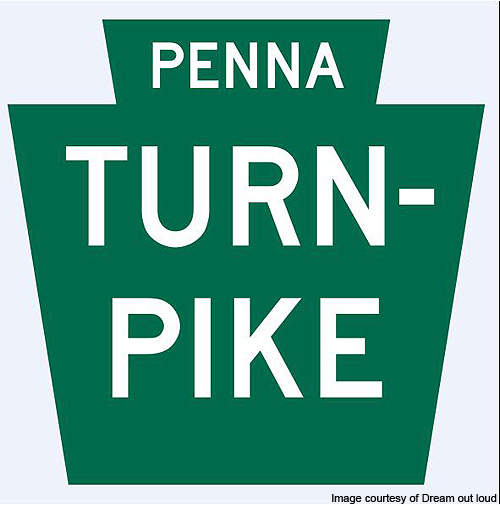 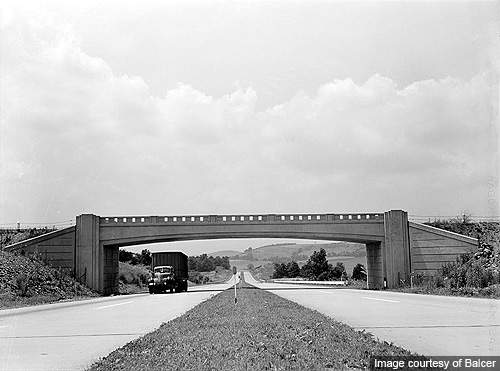 Pennsylvania Turnpike as it appeared in July 1942. 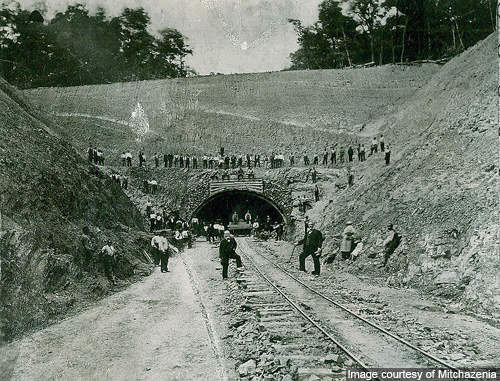 Rays Hill Tunnel during construction of the railroad tunnel in the 1880s. 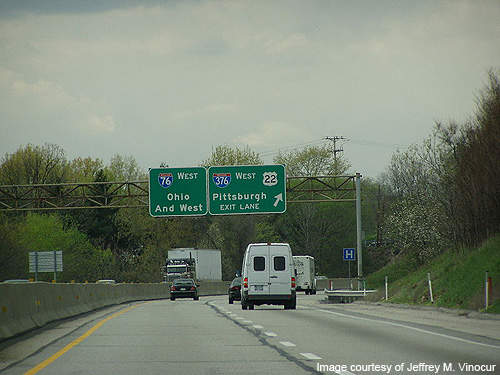 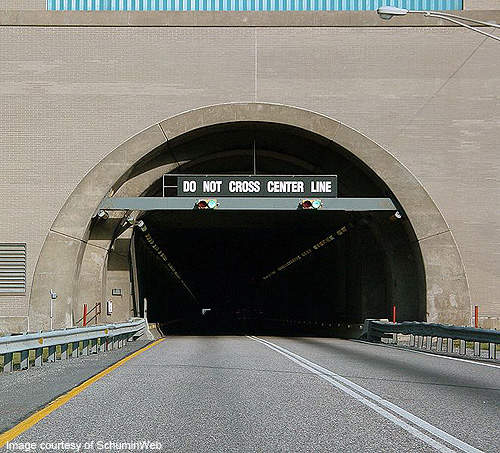 The west portal of the Blue Mountain Tunnel's eastbound tube.

The turnpike is 856km-long and has three sections. The 578km main section extends from Ohio to New Jersey. It serves Pittsburgh, Harrisburg and Philadelphia. The north-east extension of the turnpike is 180km-long from Plymouth Meeting to Wilkes-Barre and Scranton. It serves the Allentown, Bethlehem, Scranton and Wilkes-Barre regions. The other segments in Western Pennsylvania extend up to 100km.

The turnpike highway handles about 172m vehicles a year.

After the completion of the 260km segment, the commission decided to extend the turnpike to connect Philadelphia and Pittsburgh. Consequently, it was extended to King of Prussia in Philadelphia and Valley Forge in Pennsylvania. The first phase of expansion was opened in February 1950 and involved stretching the highway to US15 near Harrisburg. The remaining expansion to King of Prussia was opened in November 1950.

“An expansion at the north-east extension between Plymouth Meeting and Lansdale was planned in 2008.”

A part of the western extension, which opened in August 1951 involved expansion of the highway from Irwin to US22 at Monroeville. The remaining part was opened in December 1951.

The highway between Norristown and Valley Forge was expanded from four to six lanes in 2008.

An expansion at the north-east extension between Plymouth Meeting and Lansdale was planned in 2008. The section of Valley Forge and the Downingtown interchange was planned for expansion.

Other works included construction of slip ramps between the existing interchanges. A $7.4m slip ramp at Pennsylvania Route 132 was completed in November 2010.

The rehabilitation work on bridges between the Lebanon-Lancaster and Morgantown Interchanges started in June 2010.

The replacement of the two bridges above the turnpike mainline (I-276) was planned in October 2010. Approval to add Interstate 80 to the turnpike is yet to be granted.

The turnpike was partly built on the railroad, involving seven tunnels. This bottle neck of tunnels created traffic problems. To overcome this, four tunnels were twinned and the remaining ones closed.

The north-east extension of the turnpike has the 1,360m-long Lehigh Tunnel which passes through Blue Mountain.

According to a study conducted by the commission in 1996, condition of the Allegheny Mountain tunnel, the largest active tunnel on the Pennsylvania turnpike, was deteriorating and faced the challenge of low traffic capacity.

The commission recommended blasting the bypass. Landowners and environmental groups, however, opposed this recommendation. Therefore the project was shelved and currently the commission is finding ways to increase the capacity.

A contract worth $764,546 for the rehabilitation of bridges between the Lebanon-Lancaster and Morgantown Interchanges was awarded to Kinsley Construction in April 2010.

Philadelphia-based James J. Anderson Construction was awarded $9.7m contract to replace the bridges on I-276.