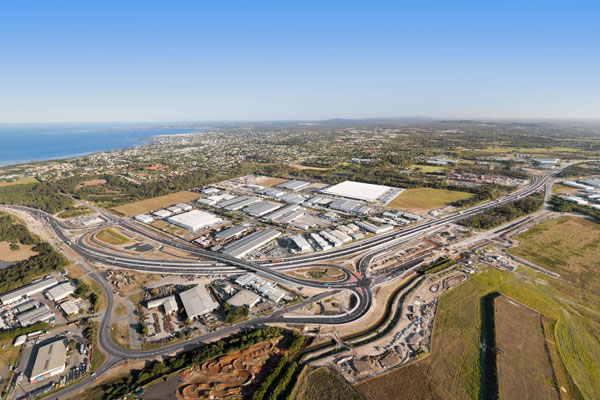 The motorway connects the Port of Brisbane (PoB) to the upgraded Gateway Motorway in Australia. 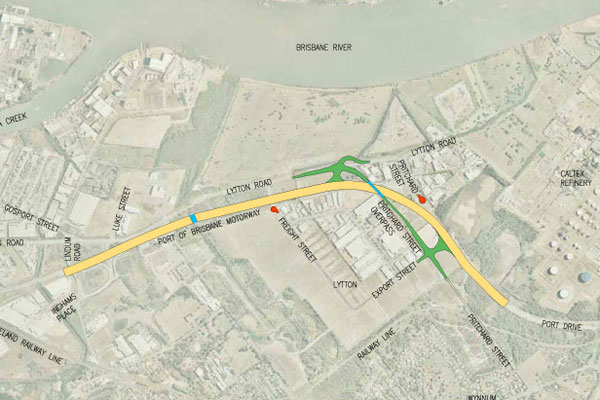 A route map showing the extension of the Port of Brisbane Motorway. 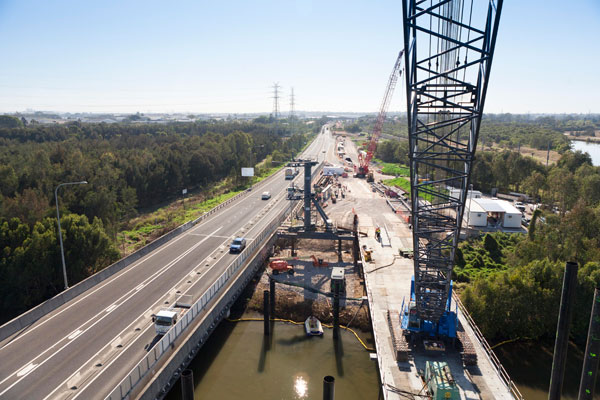 Major construction work on the Port of Brisbane motorway upgrade was started in April 2011.

Purpose and benefits of the port connect project

The motorway is used to transport freight from the port by heavy vehicles. The increasing freight movements led to congestion causing unreliability for the road users and necessitated extension and upgrade of the motorway.

The new upgraded and extended motorway has reduced congestion and journey times for the local people. It has improved safety, reliability, capacity and increased economic benefits for the Brisbane region. It has also improved connection for commercial vehicles between the Australia TradeCoast and the Port of Brisbane.

Originally opened in December 2002, the PoBM connects the Port of Brisbane (PoB) to the Gateway Motorway via Lindum Road, Lytton Road and Pritchard Street.

The Port of Brisbane is the third largest port in Australia and the largest general cargo port in Queensland.

The Port of Brisbane motorway upgrade involved the duplication of two existing lines and addition of a new 3km-long section extending the motorway length to 9.6km.

A new grade-separated interchange was constructed at Pritchard Street, which includes an overpass between Lytton Road and Export Street. Six bridges were also built using driven-pile foundation techniques. A flora and fauna passage referred to as Green Bridge was built under the motorway.

The port connect project also included construction of a new access road to service local businesses and ENERGEX substation. The Radar Street located at Lytton Road is being used to service the port west development.

“A team led by Parsons Brinckerhoff managed the environmental approvals report (EAR) for the project.”

A team led by Parsons Brinckerhoff managed the environmental approvals report (EAR) for the project.

GHD served as a consultant, while Port of Brisbane (PBPL) provided maintenance and upgrade services for the project.

A joint venture between BMD Construction and Seymour Whyte received a $250m contract from the DTMR in December 2010 to provide design and construction services for the Port Connect project.