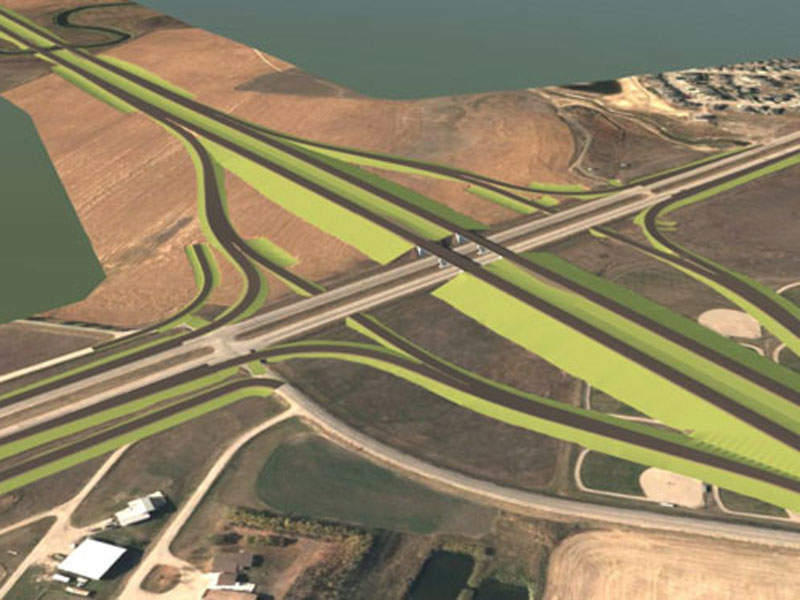 The bypass will divert the heavy goods vehicle traffic around the city, reduce congestion on the city’s main arteries, improve safety, and meet the needs of the growing commuter traffic. Credit: VINCI. 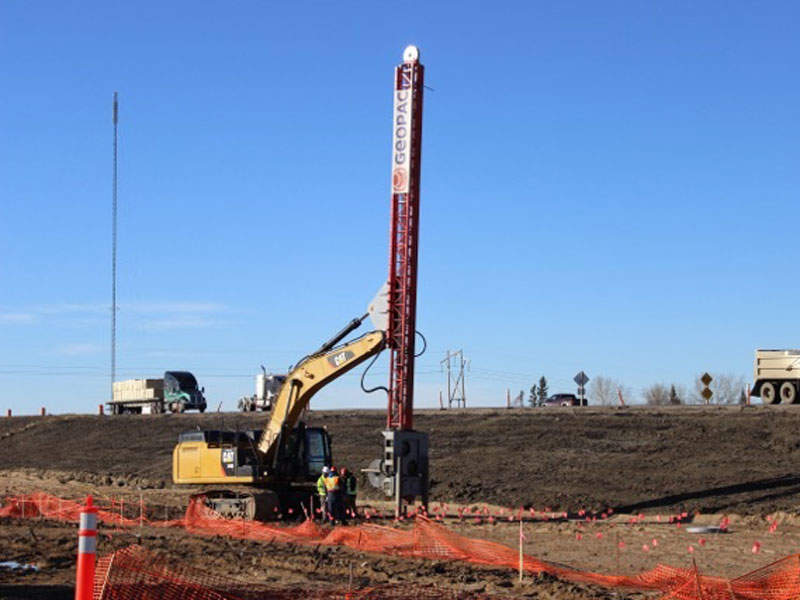 The construction of the bypass requires approximately 17 million cubic metres of dirt, 26,000m³ of concrete, 1,400km of rebar and 2,500t of steel girders. Credit: the Government of Saskatchewan. 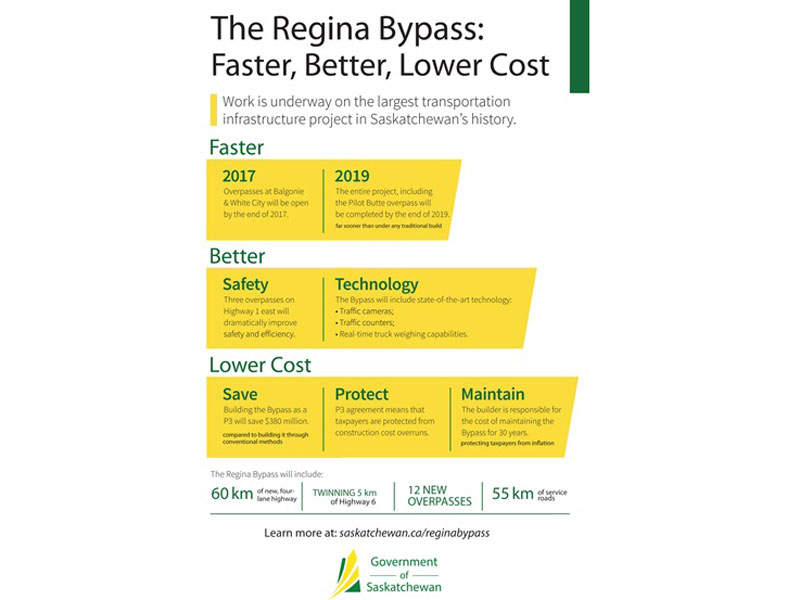 The Regina Bypass Freeway Project in numbers.Credit: the Government of Saskatchewan.

The biggest infrastructure project in Saskatchewan Province’s history, the Regina Bypass Freeway Project is being implemented to divert heavy goods vehicle traffic around the city, reduce congestion on the city’s main arteries, improve safety, and meet the needs of the growing commuter traffic.

The bypass project was conceptualised in 1996 and the construction works were initiated in October 2015. Phase one of the project is anticipated to come online in late-2017, while the entire project is expected to be completed in late-2019.

The project is expected to generate approximately 8,200 jobs during the construction phase.

Owned by the Province of Saskatchewan, the project is being implemented through a collaboration between Saskbuilds Corporation, the Ministry of Highways and Infrastructure, and Regina Bypass Partners.

Being developed through a public-private-partnership (P3) design-build-finance-operate-maintain (DBFOM) basis, the project is expected to require a $1.2bn investment and save the province approximately $360m, as well as six years of the construction period, compared to the conventional design-bid-build (DBB) basis.

Regina Bypass Partners has been assigned the P3 DBFOM contract for a term of 34 years, which includes four years of the construction period and 30 years of the operational period.

It will also involve the construction of 55km of new service roads, upgrade of a number of existing ones, construction of 38 civil engineering structures including bridges and culverts, four new flyovers, and a new 5km highway adjoining Highway 6.

The bypass construction is estimated to require approximately 17 million cubic metres of dirt, 26,000m³ of concrete, 1,400km of rebar, and 2,500t of steel girders.

Phase one of the project will involve the construction of the overpasses at Balgonie and White City.

Saskbuilds Corporation was involved in overseeing the procurement process for the project, while P1 Consulting acted as the Fairness Monitor during the project phase. The value for money (VFM) report for the project was prepared by Ernst & Young.

The project management services are being provided by Aconex, whereas the independent certifier that offers oversight and monitoring services for the project is LeighFisher Canada.

The design lead for the project is Parsons, who is being assisted by McElhanney, Urban Systems, Buckland and Taylor EXP Services, Clifton Associates, and Delcan Corporation.

The construction works are being performed by Carmacks, VINCI Construction Terrassement, Graham, and Parsons, whereas the operations, maintenance and rehabilitation services will be provided by Vinci Concessions and Carmacks Enterprises.

Broda and 21 other local companies were involved in the construction of the bypass as of March 2016.

Financing for the $1.2bn bypass project

The overall investment in the bypass is estimated to be $1.2bn. Short-term debt capital for the project is being arranged by the National Bank of Canada, whereas National Bank Financial and RBC Dominion Securities are serving as underwriters for long-term debt.
The Government of Canada is contributing an additional $200m to the project.