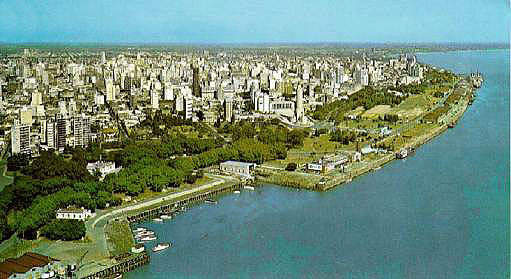 The Rosario-Victoria Bridge connects Rosario (Province of Santa Fe) and Victoria (province of Entre Rios) over the Paran&#225; River. 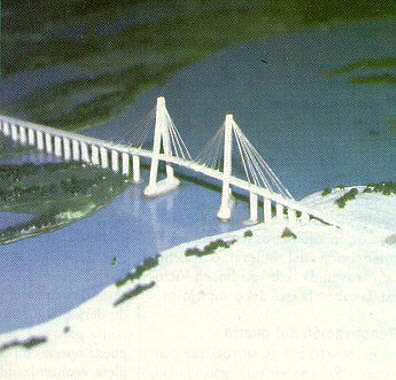 The main span of the cable-stayed bridge is 330m, with two lateral spans of 120m. 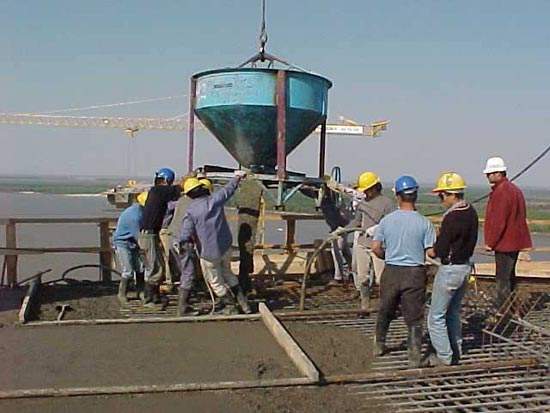 The bridge provides savings in travel time and fuel consumption, has expanded national and international infrastructure and production and promotes the integration of the countries of Mercosur, the southern South American common market. 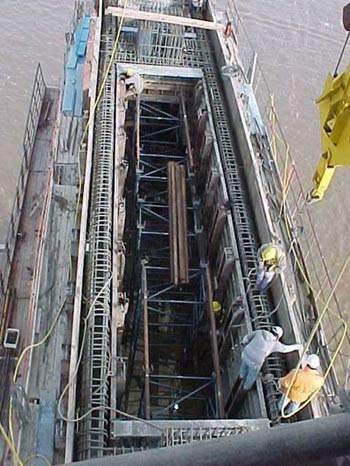 Construction of the Rosario-Victoria Bridge took place between 1998 and 2002. 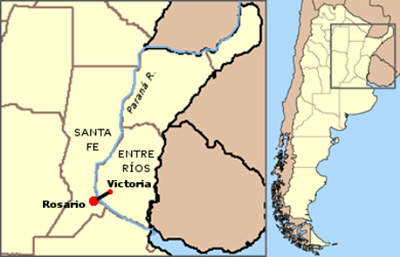 The bridge provides a significant link between the provincial capital cities of Rosario and Victoria.

In April 1998, work started on a cable-stayed bridge in northern Argentina, to connect the provincial capital cities of Rosario (Province of Santa Fe) and Victoria (province of Entre Rios). The project was completed in March 2002.

Although the cable-stayed section is the most important part of the road link, it actually consists of a number of viaducts and earth work sections and extends for 59.3km (36.8 miles). The total length of bridges and viaducts in the project is 12.2km (7.5 miles).

Prior to the opening of the bridge, the only road link between the two provinces of Entre Rios and Santa Fe (two commercially important regions of Argentina), was the Hernandarias Subfluvial Tunnel which connects the cities of Santa Fe and Paraná, about 120km (75 miles) north of Rosario.

The Government of Argentina (GOA), through its Ministry of Economics and Public Works, and the Provincial Governments of Santa Fe and Entre Rios, developed a concession for a roadway link, known as the Rosario-Victoria Bridge.

The purpose of the bridge was to improve the connection between the north-eastern provinces (Entre Rios, Corrientes and Misiones) and the rest of the nation.

The bridge also serves to facilitate the interaction between the Mercosur countries. The areas of Entre Rios and southern Santa Fe, separated by the Paraná river, are the principal focus for commercial and industrial growth in the country.

The city of Rosario is expected to become a major transportation and distribution centre for the Mercosur region. The Rosario-Victoria project is the fourth land link to cross this intermediary region, which has felt major increases of both interprovincial and international traffic.

The federally owned structure, whose total cost was approximately $535m, was built and is maintained and operated by Puentes del Litoral S.A. under a 25-year concession from the Ministry of Economy and Public Works.

The project allowed the establishment of a public-private partnership at the federal and provincial levels with the participation of national and foreign investors and private toll operators.

The Rosario-Victoria Bridge is a response to the increased economic activity and regional commerce and industrial development that affects the provinces of Santa Fé, Córdoba and Entre Rios, as well as the city of Rosario. The official name of the main (cable-stayed) bridge is Nuestra Señora del Rosario (Our Lady of Rosario).

The bridge also provides savings in travel time and fuel consumption, has expanded national and international infrastructure and production and promotes the integration of the countries of Mercosur, the southern South American common market.

As a result of a bidding process, the governmental contribution was $385m. The finance was from the national state and the provincial states of Santa Fe and Entre Ríos. The remaining $150m was financed by the construction consortium. The project was also eligible for Inter-American Development Bank (IDB) financing.

“The total length of the cable-stayed portion of the bridge is 608m.”

The IDB financing consisted of a $33.1m loan from the Bank’s ordinary capital and a $40.7m syndicated loan from funds provided by commercial banks with subscription of participation agreements with the IDB.