Rose Whittle Bridge in the UK 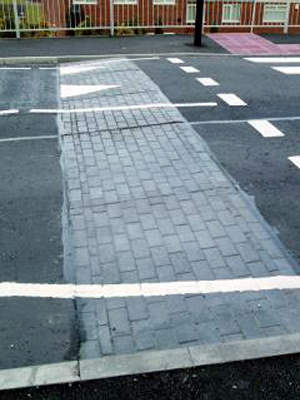 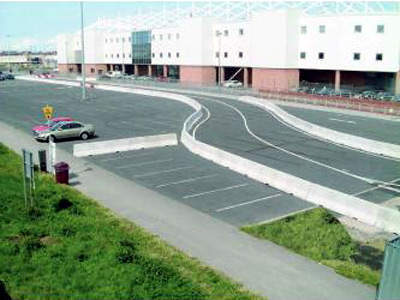 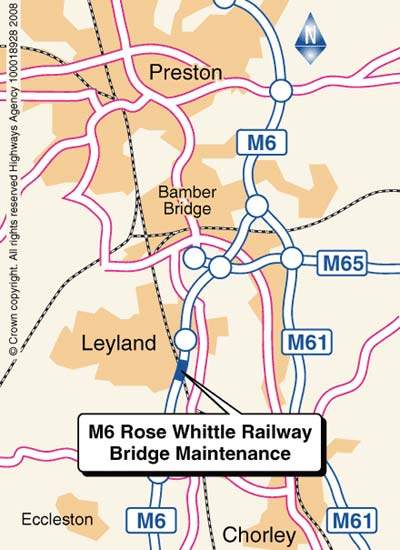 The Delta Bloc barrier system is part of a £3.2m overhaul of the Rose Whittle Bridge, near junction 28 of the M6 at Leyland. The barrier project was completed on 28 January 2008.

One of the major objectives of the project is to prevent long delays due to incidents involving bridge strikes as engineers need to check for damage before re-opening roads or railway lines.

Street infrastructure provider Marshalls Street Furniture replaced the original concrete barriers around the bridge with the pre-cast concrete barriers—DB 100AS-R—with a New Jersey profile to a single side, which are specifically designed for the protection of bridges.

The barrier is uses repellent plate to prevent breakage in case of heavy impacts, along with baffle plate to transform the impact energy and a base to accommodate cross-drainage.

The DB-100AS-R system block features the highest containment level H4b, a small working width, a proven edge beam load reduction of approximately 2/3 in case of impact, dilatation sets for expansion-joints up to 90 cm and low maintenance costs. The concrete used is frost and dew salt resistant.

An essential part of the system is its continuous tension bar. A steel band runs through the pre-cast elements, providing a defined tensile force that absorbs impact energy and prevents breaking without cracking.

A patented coupling links the individual elements and builds a sort of tensioned chain. The blocks are connected to the ground with stiffening plates.

The barrier is secured to the concrete foundation with non-structural bolts that are designed to shear off. It imposes lower forces on the bridge deck than conventional concrete and steel barriers. It also significantly reduces the cost of carrying out deck strengthening works for the provision of a conventional barrier.

The DB 100AS-R systems are tested at independent test houses according to the European Standard EN 1317 for road restraint systems.

Benefits of the new system

Delta Bloc’s barrier system is aimed at significantly reducing the impact of crashes on the superstructure of the bridge, thereby reducing the threat of delays to drivers and rail users.

In comparison to steel systems, the Delta Bloc’s barrier system needs less maintenance and offers simple and quick exchange after damage, after which the tension bar is immediately effective again.