3 interchanges with KPE/ECP, Marina Boulevard and Central Boulevard, and the AYE 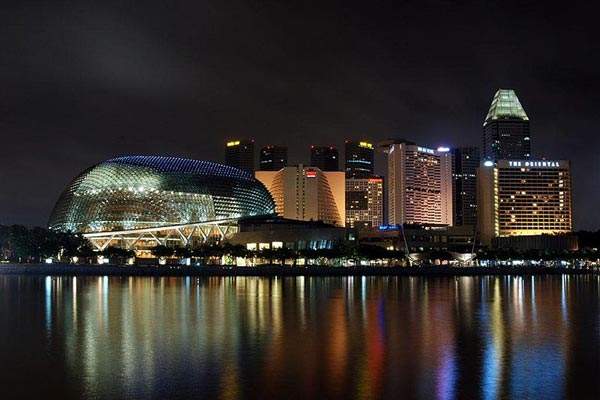 A night view of the Marina Bay. 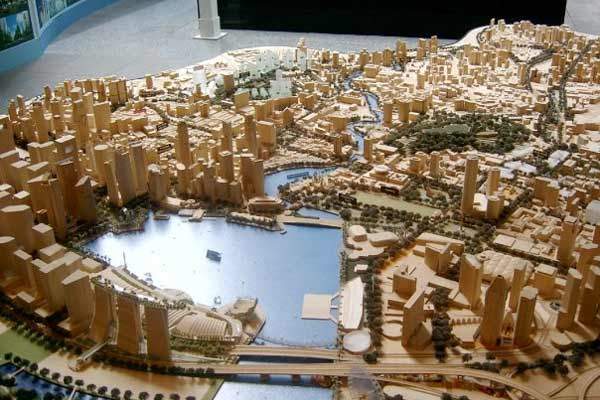 A visual envisaging the Marina Development. 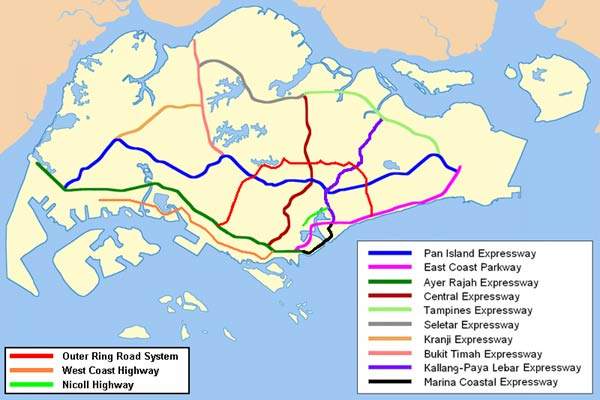 The tenth expressway, Marina Coastal Expressway (MCE) is approximately 5km long and has a dual five lane. It is one of the important landmarks connecting the island-wide road network. The Marina South and Strait View areas now have a direct connecting route with the underground east-west transport link. The link is common to Ayer Rajah Expressway (AYE), East Coast Parkway (ECP) and the Kallang-Paya Lebar Expressway (KPE).

Due to the increased development activity in the area MCE is the most viable link for all commuters from Marina Bay to the rest of the island. MCE will help ease the situation in the near future with the increase in traffic which is expected to rise exponentially. A few developments in the vicinity are Marina Bay Financial Centre, Marina Bay Sands Integrated Resort, the Sail @Marina Bay and the Marina Barrage.

“The total length of the route comprises of road tunnel which is approximately 3.6km long, 13.1 hectares (ha) of repossessed land and two ventilation buildings.”

The total length of the route comprises of road tunnel which is approximately 3.6km long, 13.1 hectares (ha) of repossessed land and two ventilation buildings.

MCE runs via parts of the land recovered and also the 420m section running below the seabed of Marina Bay. MCE also runs through the three interchanges with KPE/ECP, Central and Marina Boulevard and AYE.

To assist in the building of the MCE, a land reclamation activity involving up to 13.1ha was taken up. The whole reclamation process was done at Marina East (4ha) and also at Marina Wharf (9.1ha).

In order to utilise the land available in the Marina bay area, MCE replaced a part of ECP at Marina centre, central sub zone areas and bay front area. This facilitated realignment of ECP and its adjacent slip roads at central sub zones and the bay front. This largely helped in the smooth progress in the Central Business District’s (CBD) development. Realigning the ECP at the Marina South area, its conversion helps it in serving the Marina Bay area, as a key arterial road.

Last of the six major civil contracts for the construction of the MCE was given by The Land Transport Authority (LTA) in January 2009. Four contracts having a prerequisite of various Electrical & Mechanical (E&M) and Cladding systems necessary for the road tunnel were also awarded.

With a total value of $4.1bn LTA awarded up to ten contracts for the construction of MCE. Marina South was the host to the ground breaking ceremony that took place on 28 April 2009 marking the beginning of construction.

“With a total value of $4.1bn LTA awarded up to ten contracts for the construction of MCE.”

The transport minister, Raymond Lim presided over the ground breaking project at the barrage and explained the intricate complexity of the construction process. It was one of LTA’s most technically challenging projects.

Lying beneath the sea bed is MCE’s 420-metre section. MCE is about 20 metres below sea level at its deepest point. With the soil condition being difficult, the excavation work ran up to 60 metres in few sections. Keeping the safety in mind, the right construction methods were used, to keep the structure’s foundation strong.

With a vision to improve and build Singapore’s land transport network in the approaching 10-15 years, the development of MCE was a testimony to the government’s going forward plan. The MCE’s construction was completed as scheduled in December 2013.