The State of Washington, and the US Federal Government 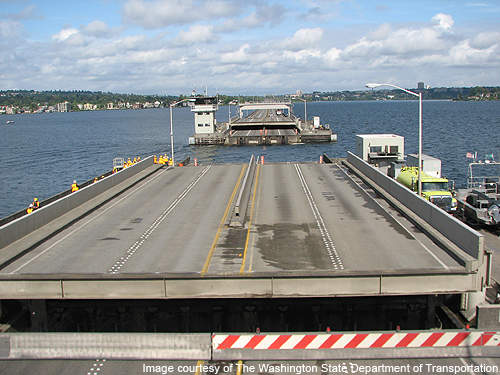 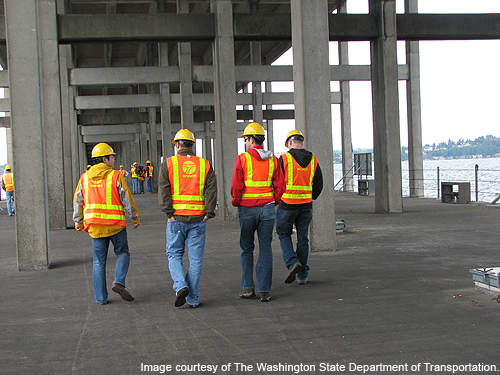 Inspection of the SR 520 floating bridge by the WSDOT team. 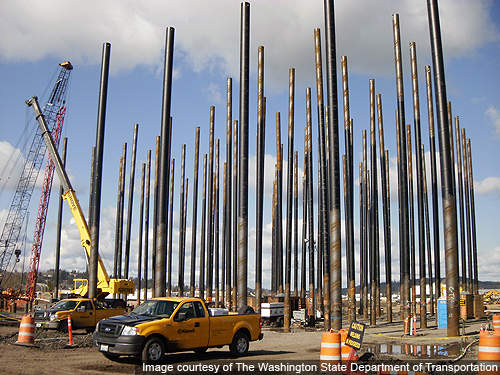 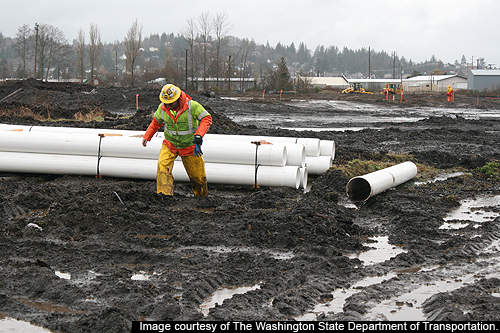 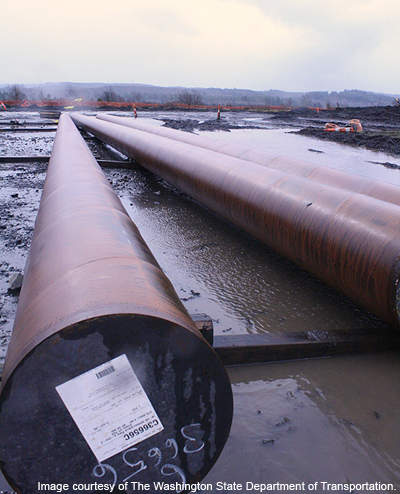 The 75ft-long piles, which provide foundation for the pontoon casting basin. 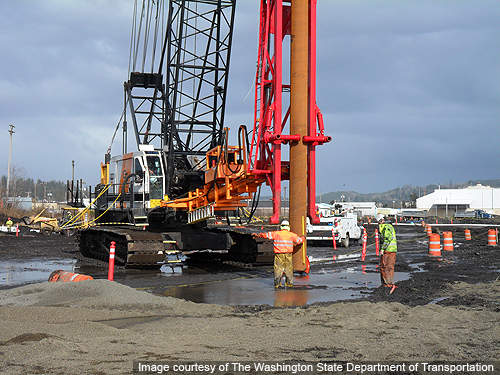 The first pile of the 900 piles being driven for the construction of casting basin at Aberdeen.

The existing floating bridge and the connecting Portage Bay Bridge and Union Bay Bridge are supported by hollow columns, which are vulnerable to severe storms and earthquakes. During a heavy storm or a 50mph wind, the waves of the lake beating against the southern wall of the bridge may lead to the breakage of the pontoons and anchor cables. It may further cause the bridge to sink or collapse. Moreover, the existing bridge does not meet the modern earthquake design standards.

The new replacing bridge pontoons have the ability to tolerate up to 92mph of wind. The replacement provides a new west approach to the bridge to withstand a 1,000-year earthquake event. In addition, the new bridge reduces travel times and makes the journey easier for people crossing Lake Washington.

Construction of the floating bridge began in 2012 and the bridge was opened to traffic in April 2016.

The floating bridge replacement is part of the SR 520 Bridge Replacement and HOV Program which aims to replace the SR 520 floating bridge and improve the Portage Bay Bridge and approach roads in the corridor. Improving 12.8 miles of the corridor, the programme is estimated to cost $4.128bn. It is divided into three main components, namely I-5 to Medina, Medina to SR 202 and Pontoon construction project.

The I-5 to Medina section witnessed the replacement of the SR520 floating bridge, interchanges and roadway between I-5 and the eastern shore of Lake Washington.

The Medina to SR 202 section improved the 8.8-mile high-occupancy vehicle (HOV) line from Evergreen Point Road in Medina to the SR 202 interchange in Redmond. It was carried out under a project termed the Eastside Transit and HOV Project.

The pontoon construction involved building large pontoon structures for use in the replacement of the floating bridge in the event of failure. The pontoons were built early as their construction takes a long time, which could delay the bridge restoration upon catastrophic failure.

The final environmental impact statement for the floating bridge replacement project was released in 2011.

Construction of the SR 520 Bridge replacement

A total of 12 pontoons were floated from Aberdeen and Tacoma in July 2012. As of September 2012, five new pontoons have reached Lake Washington. The pontoon construction was completed in the first quarter of 2014.

Design of the replacement bridge

The existing floating bridge has a width of 60ft. It is supported by 33 pontoons, which are 360ft-long and 16ft-tall. It is also supported by 62 anchors, which weigh around 77t each. The new SR 520 has a width of 115ft and the new pontoons are 28ft-tall, 75ft-wide and 360ft-long. The bridge height above the water level was increased from the current 13ft to 20ft.

The new replacement bridge was designed to include a six-lane bidirectional highway that includes two lanes for general traffic and a new transit / HOV lane in each direction.

A 14ft-wide bicycle and pedestrian path were built on the north side of the bridge. The shoulders are designed to be wider so that vehicles can be pulled over in the event of breakdown of the bridge.

Of the total programme cost, around $2.6bn were secured through state and federal funding and tolls collected on the floating bridge. The funds are sufficient for the Eastside HOV improvements, pontoon constructions and the SR 520 floating bridge.

In October 2012, the Washington State Department of Transportation (WSDOT) granted a $300m federal loan for the west side bridge between the floating bridge and Montlake.