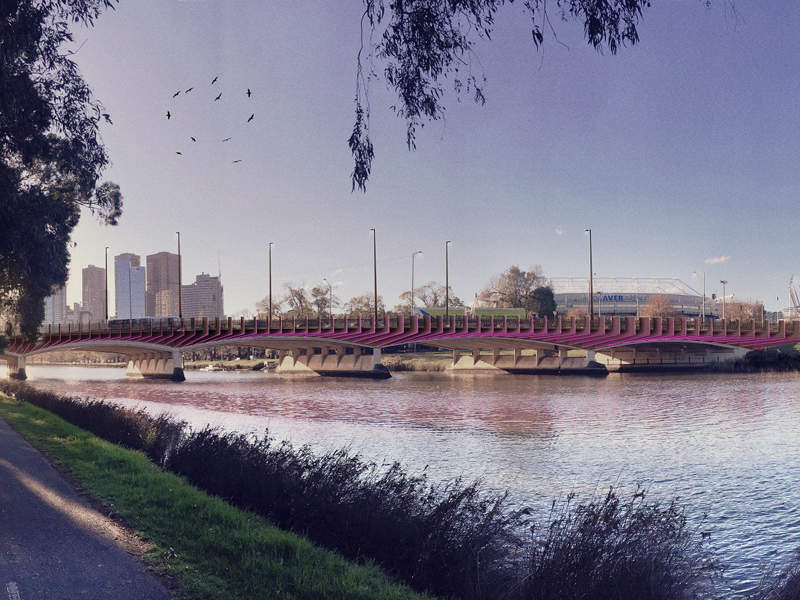 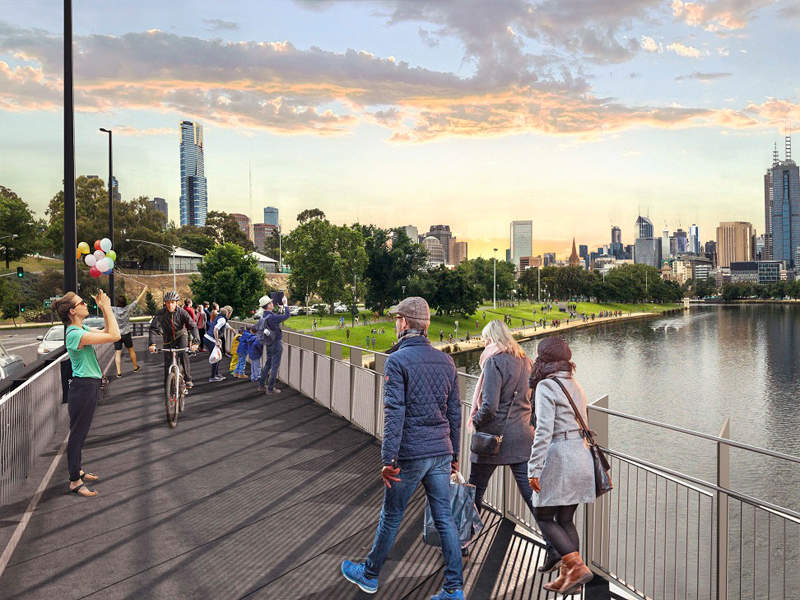 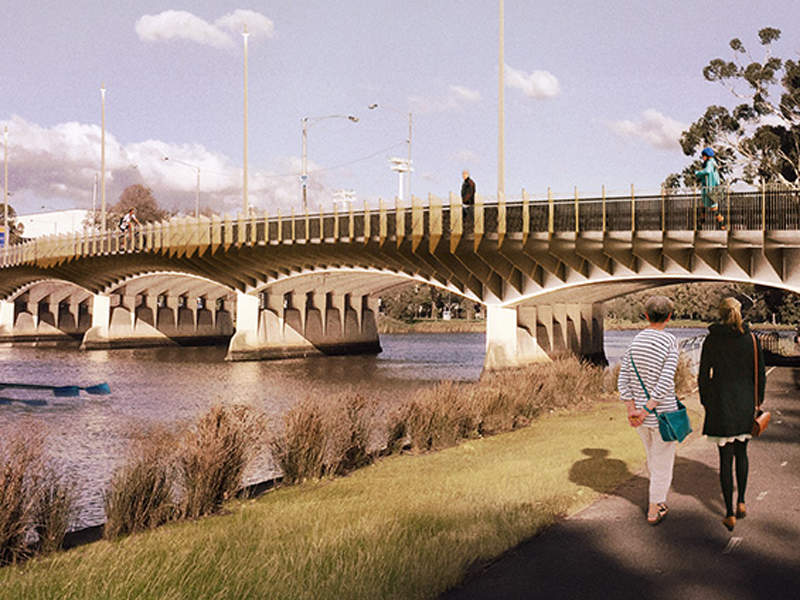 The bridge upgrade was completed by mid-2018. © State of Victoria.

Swan Street Bridge spans across the Yarra River running through the suburbs of Richmond, Cremorne and Burnley in Melbourne, Australia. The bridge was upgraded by VicRoads to ease congestion.

Construction of the bridge upgrade began in March 2017 and was completed by mid-2018.

Comprising the construction of a new shared use path on the city side of the bridge and an outbound lane for drivers, major components of the upgrade became operational in December 2017.

Opened in 1952 with two lanes in each direction, Swan Street Bridge witnesses approximately 30,000 vehicles, including fuel tankers and over-height trucks commuting a day, as well as hundreds of cyclists passing through an hour.

“Major components of the upgrade became operational in December 2017.”

The bridge is considered to be the gateway to Melbourne’s sport and entertainment precinct as it connects Royal Botanic Gardens, Sidney Myer Music Bowl, Shrine of Remembrance with Rod Laver Arena, AAMI Park, Hisense Arena and the MCG.

An extra eastbound lane on the bridge towards Richmond/Punt Rd was proposed as an exclusive right-turn lane for drivers approaching the CityLink toll road on Batman Ave was not being used properly.

The bridge also had narrow and unprotected footpaths, which were incapable of handling crowds. It lacked a dedicated bicycle lane in spite of Olympic Boulevard, offering separate lanes for cyclists in each direction.

The upgrade intends to address the traffic congestion during peak hours in the eastbound direction and provide better access to the sports and entertainment precinct.

Details of the bridge upgrade

The upgrade project included the addition of the fifth traffic lane in the eastbound direction and an outbound lane along Olympic Boulevard.

The project involved the addition of 76 architectural steel fins to the bridge giving it a wave-like look, which represents a rower’s oars cutting through the water.

The upgrade also included the installation of night-time lighting and the creation of artwork and architectural structures along the barriers that divide cyclists and walkers from traffic.

Ramps were installed on either side of the bridge to facilitate people with limited mobility.

Feature lighting was also added to reduce the light spill onto the river and neighbouring parklands.

All lanes were opened to traffic in August 2018.

Benefits of the upgrade

The upgrade saves approximately five minutes of journey time for more than 30,000 vehicles during peak periods by avoiding the congestion caused by lane switching. The bridge currently carries nearly 1,000 pedestrians per hour after.

The contract for the architectural design of the bridge was awarded to BKK Architects in September 2016.

In December 2016, Seymour Whyte Constructions received an A$25m design-build contract for the upgrade.