The City of Edmonton
Expand 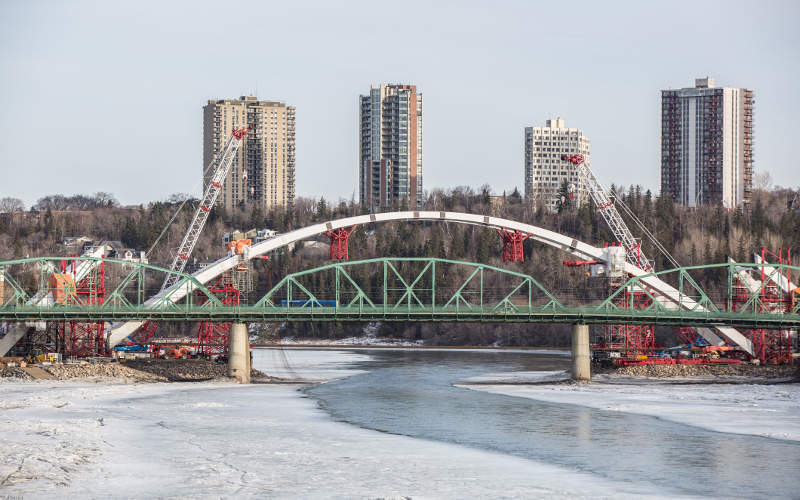 The Walterdale Bridge was opened for traffic in September 2017. Credit: IQRemix. 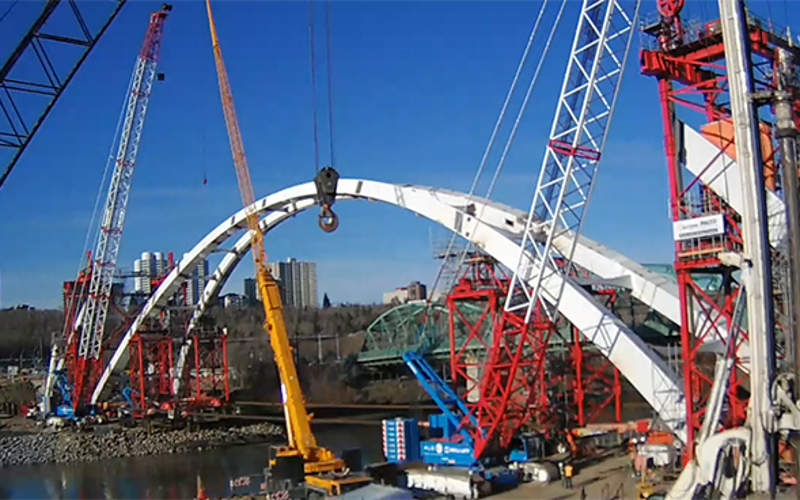 Two major arch lifts on the river were completed by April 2016. Credit: DIALOG. 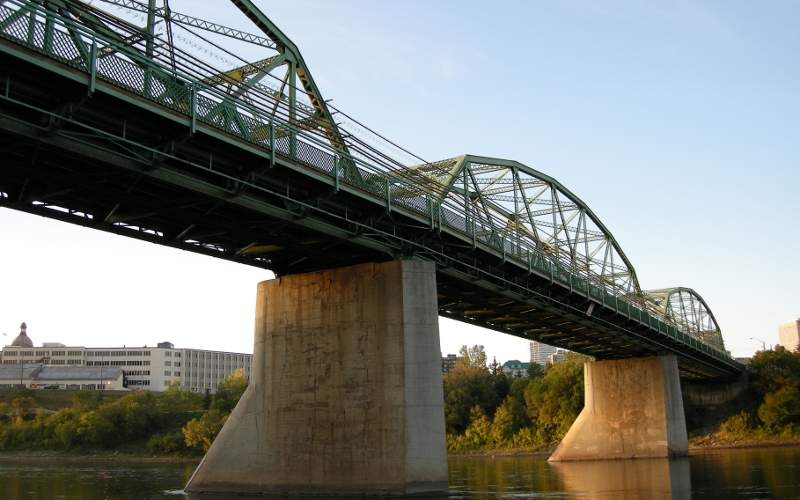 The old Walterdale Dridge, a steel grating-decked bridge, will be dismantled in late 2017. Credit: Smackaay.

The 100-year-old Walterdale Bridge, which crosses the North Saskatchewan River in Edmonton, Canada, is being replaced with a new bridge in a project that was initiated in July 2013.

The bridge links the intersection of Queen Elizabeth Park Road and Walterdale Hill on the south side of the river with the River Valley Road / Rossdale Road / 105 Street intersection located on the north side.

The new bridge was opened in September 2017 and is used by approximately 33,000 vehicles a day. The old bridge will be demolished by the end of  2017.

The $155m bridge replacement project is being managed by the City of Edmonton.

The Walterdale Bridge was a steel grating-decked bridge when it first opened in 2013.

The condition of the bridge was assessed during a detailed study by BP-Tec, which evaluated the life expectancy of the bridge and its components in 2000. After 100 years of service, the bridge showed signs of age, prompting rehabilitation and maintenance works.

The project moved to the preliminary design phase in July 2011. ISL Engineering and Land Services provided designs on behalf of The City of Edmonton.

Archaeological pit testing on the north bank of the project area was completed in December 2012.

The new replacement road bridge includes three lanes of northbound traffic, a separate shared-use path on the east side, and a walkway on the west side. It is a single-span structure with a 230m deck, and two 56m-tall arches spanning the river just east of the current bridge.

The bridge structure is supported by deep pile foundations while 400m³ concrete thrust blocks on the riverbanks will support its arches.

Pre-construction work for the Walterdale Bridge replacement started in January 2013, and the main project began in July. Grading work on Queen Elizabeth Park Road was completed in October 2013.

In March 2014, construction began on the thrust blocks for the four cofferdams on both sides of the river. The blocks were completed by February 2015, while the 950t central arch was floated into place in November the same year.

The first major arch lift took place in January 2016. The second lift, which saw the 2,000t signature bridge arch raised to a height of 54m above the river, was carried out in April 2016.

DIALOG was awarded the contract to provide designs and construction management. Buckland & Taylor was selected as sub-consultant to DIALOG for the bridge design.

ISL Engineering and Land Services were selected as consultants for the project, while Acciona Pacer Joint Venture was contracted to provide bridge construction services.