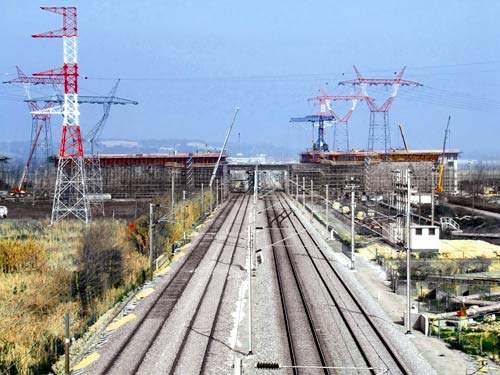 The formwork on the viaduct over the railway crossing of the Tagus project was constructed by PERI. 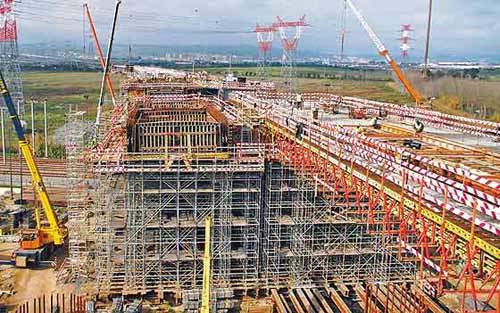 The structure of the viaducts consists of reinforced and pre-stressed concrete decks using ribbed slabs. 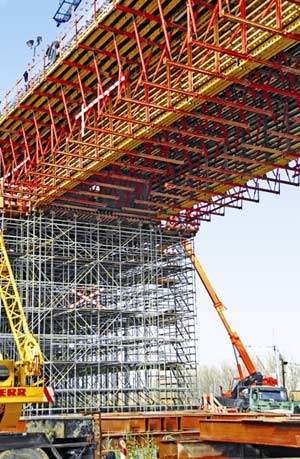 The new bridge over the Tagus River opened in June 2007. 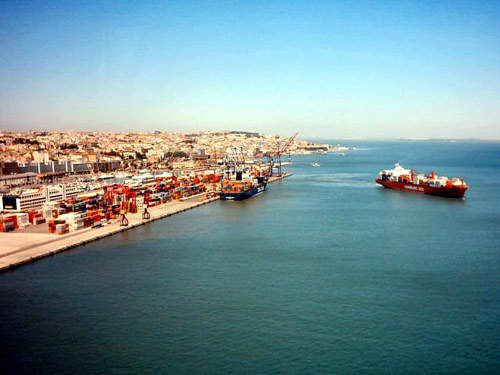 The Tagus River runs from Spain to the Port of Lisbon. 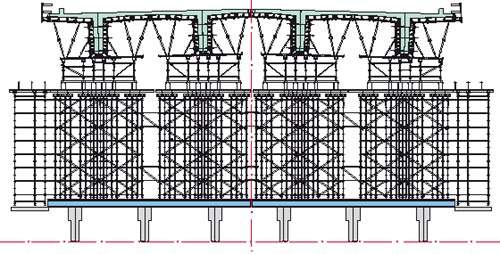 The structure of some of the PERI formwork system used on the Carregado to Benavente bridge.

The Tagus River is one of the longest rivers in Portugal, stretching from the neighbouring country of Spain right across Portugal (bisecting the country) until it reaches the sea at Lisbon.

Although there are obviously quite a number of river crossings, one of the most recent is the new Carregado to Benavente bridge (30km north of Lisbon) requiring a €187m investment, which will connect the A10 and A13 motorways in Portugal across the Tejo Plain.

The total connection road including the bridge and viaducts is 17km. The companies building the bridge are Brisa-Engenharia e Gestão and Brisa-Auto-Estradas de Portugal (one of the major toll road companies in Portugal).

Construction began in early 2006 and was completed and opened by June 2007; design proposals had been considered in May 2004. This forms part of the project that will eventually see the Lisbon metropolitan area surrounded with a ring road.

The bridge consists of three different sections with a total length of 11.9km; there is a 1,698m north viaduct, the pre-stressed concrete bridge over the river itself with a length of 972m and the south viaduct which is 9,228m long. The bridge and viaduct structure carries two lanes over the river at a maximum height of 30m, with a deck width of 29.95m.

The viaducts have a structure consisting of reinforced and pre-stressed concrete decks using ribbed slabs. The spans of the viaducts are on average 36m and the foundations were set using 50m-deep, 1.5m-diameter piles (54,000m of piles were used).

There was a difference in the building methods for the south and north viaducts. The north used a cast-in-place technique using launching girders and the south viaduct was constructed using pre-cast pre-tensioned U-shaped beams.

“The bridge and viaduct structure carries two lanes over the river at a maximum height of 30m, with a deck width of 29.95m.”

The bridge itself with 130m spans is a reinforced concrete box girder bridge of pre-stressed construction. The concrete components of the bridge and viaducts were produced at five concrete batching plants along the length of the development.

The PERI system was able to provide 8m and 13m clearances over the railway crossing part of the north viaduct, enabling daily rail services to continue.

The designers of the bridge included COBA, PC and A, CIVILISER, and ARCADIS.