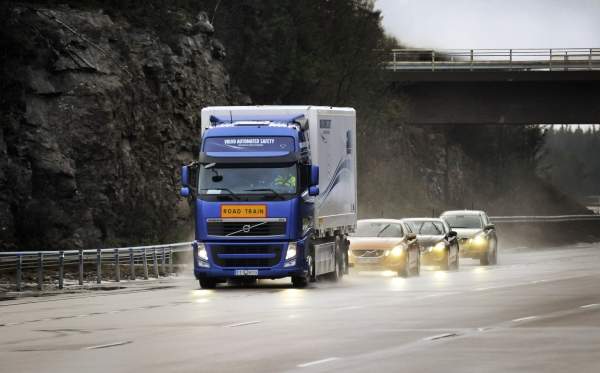 The SARTRE project went into the final phase with the demonstration of a road train at the Hällered proving ground in Sweden. Image courtesy of Volvo Car Corporation. 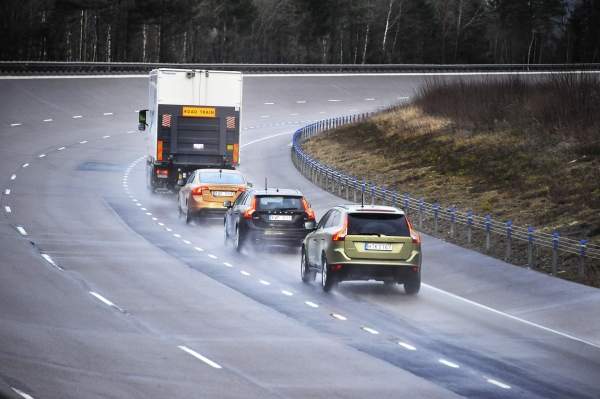 The cars in platoon can run at a speed of about 90km/h with a 6m gap between them. Image courtesy of Volvo Car Corporation. 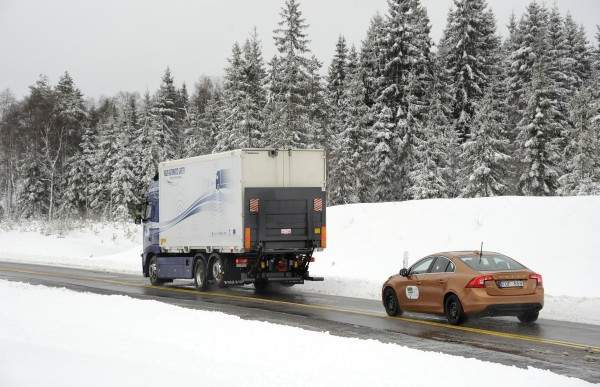 First tests on the road train prototype of the SARTRE project were completed in January 2011. Image courtesy of the SARTRE Consortium. 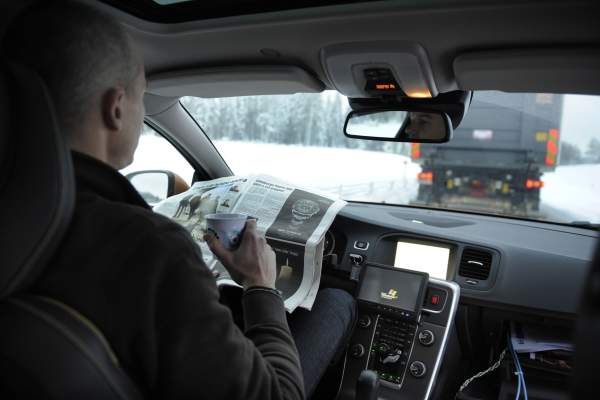 Drivers of slave cars can pursue different activities in the journey, such as reading, watching TV and resting. Image courtesy of the SARTRE Consortium. 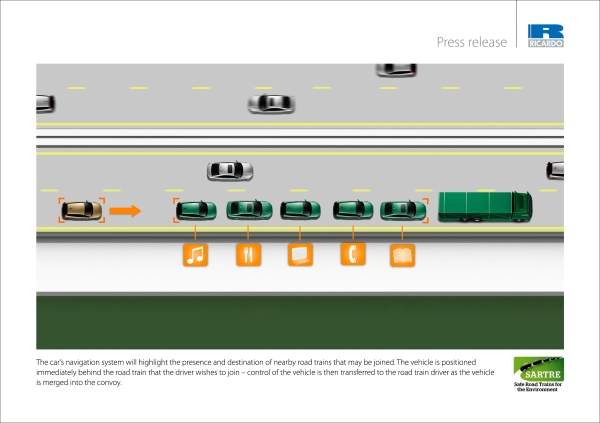 A slave car approaching the cars in platoon to join the convoy. Image courtesy of Ricardo. 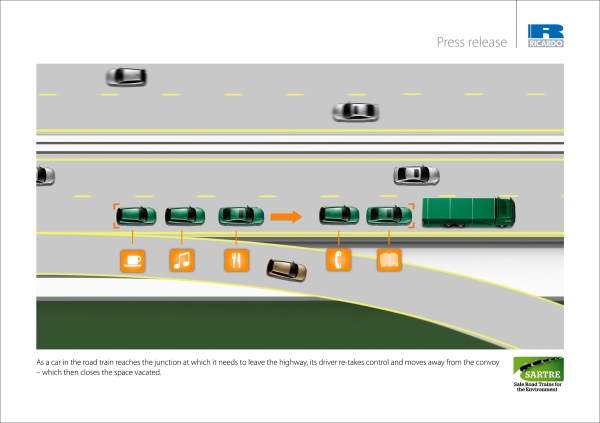 A slave car leaving the cars in platoon. Image courtesy of Ricardo.

Safe road trains for the environment (SARTRE) is a road traffic improvement project which envisages a futuristic road transportation and mobility concept in Europe. Non-commercial car journeys account for about 80% of car travel on the continent.

About 81% of passenger and 44% of goods transportation happens by road, leading to traffic congestions and high levels of fuel consumption. Road vehicles are responsible for about 28% of the CO2 emissions in the EU.

The SARTRE project aims to mitigate environmental impact and traffic congestion, as well as enhance efficiency and driver comfort in personal transportation through the use of safe environmental road trains or platoons. The technology allows individual vehicles to form road trains on the public motorways, where a single active driver operates the entire platoon through electronic linkage between them.

The €6.4m SARTRE project is being undertaken by seven European partners. About 60% of the project is funded by the European Commission under the Framework 7 programme (FP7), with the participating four countries funding the remaining amount.

The project is being carried out by a consortium led by Ricardo UK. The consortium partners include the Spanish companies Robotiker-Tecnalia and Applus+ IDIADA, the German Institut für Kraftfahrwesen Aachen (IKA) and the Swedish companies SP Technical Research Institute of Sweden, Volvo Car Corporation and Volvo Technology.

“The €6.4m SARTRE project is being undertaken by seven European partners. About 60% is funded by the European Commission.”

SARTRE was initiated to study strategies and make technology trials for the platooning of road vehicles on regular public highways. The platoon vehicles will adapt to the existing road infrastructure and fully interact with the other non-platooning vehicles on the highways.

Trials on the first prototype of the automated driving road trains were conducted at Volvo’s proving ground near Gothenburg, Sweden, in January 2011.

In January 2012, the SARTRE project went into the final phase with the demonstration of a three-car road train tested at Hällered proving ground in Sweden. The test vehicles followed a lead truck running autonomously at a speed of about 90km/h. The gap between the platooning cars was about 6m.

Technology used for the SARTRE project

The technology will use radar, cameras, laser sensors and communication systems for the platooning of vehicles. The lead vehicle controls all the slave vehicles behind it and also provides the necessary gap between them.

“In January 2012, the SARTRE project went into the final phase with the demonstration of a three-car road train tested at Hällered proving ground in Sweden.”

The lead vehicle will be driven by a professional driver and have total control over different functions. The vehicle could be a taxi, truck or a bus. The consumer vehicles will be locally equipped with collision mitigation, adaptive cruise control, lane departure warning and brake control systems to allow autonomous drive.

The lead vehicle will control the vehicles in platoon longitudinally and laterally through signals.

The road platoon can include six to eight following vehicles which have both auto and self-driven modes. They can automatically join a platoon based on charge and act independently after reaching the destination.

Each semi-autonomous slave vehicle (following the lead vehicle) in the platoon is equipped with an in-car transmitter and receiver unit and a navigation system for communication. The acceleration, traction, steering and brakes of a road train are operated by an active safety system operated in sync with the lead vehicle to allow autonomous driving.

All the cars in the close-formation convoy maintain constant speeds and have a distance of about 5m to 6m between them.

The slave vehicle drivers can individually control, steer and leave the convoy upon reaching their own destination and take a different path. The other vehicles occupy their place to continue the road train until it reaches the final destination.

The road trains are considered to be a viable solution for comfortable driving to commuters who travel long distances along the motorways.

It is also expected to benefit both the lead vehicle and the platoon subscribers such as commercial vehicles, coach vans, buses and trucks.

Road platoons will reduce fuel consumption and thereby are estimated to cut the carbon emissions of the private vehicles by about 20%. Once approved, they will allow smoother flow of traffic and eliminate the accidents caused due to human error.

With the car in the platoon, its driver can pursue different activities in the journey such as reading, watching TV and resting. The cars which are part of road train also experience low air drag.