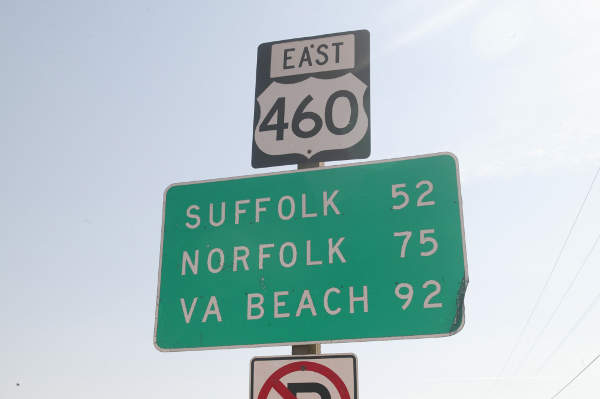 U.S. Route 460 is a highway that extends between Norfolk in Virginia and Frankfort in Kentucky. 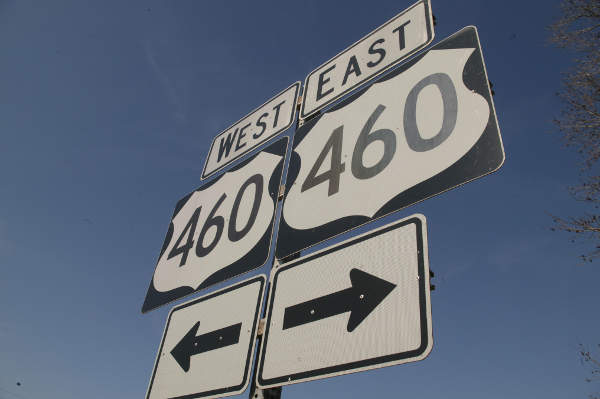 A new parallel road will be constructed to the south of the existing Route 460 as a part of U.S. Route 460 Corridor Improvement Program. 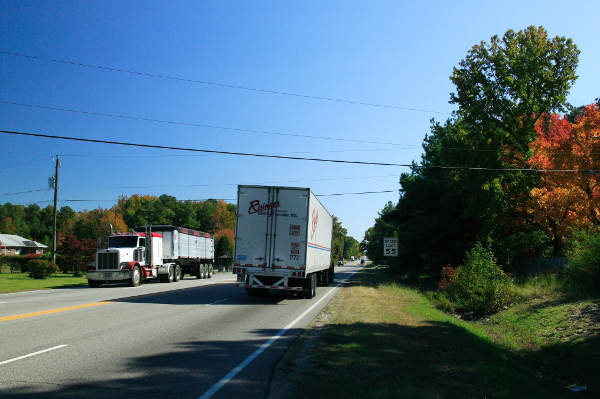 The current Route 460 is lacking the design standards specified according to Virginia Department of Transportation. 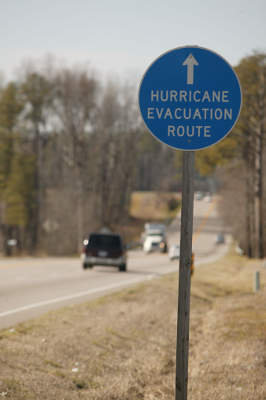 Route 460 provides road connection to port of Hampton Roads and acts as a Hurricane Evacuation Route.

U.S. Route 460 is a part of Route 60 that extends between Norfolk, Virginia and Frankfort, Kentucky. It stretches approximately 1,060km, connecting many major cities in Virginia and the Commonwealth of Kentucky. American Association of State Highway and Transportation Officials (AASHTO) classify the route as a rural principal arterial.

Route 460 does not meet the current VDOT design standards required for a main functional route. The loopholes in the design are creating numerous problems related to issues like safety, adjustment of truck traffic, cyclone evacuation and military readiness.

The route is also lacking the design standards with respect to lane widths, median and shoulder, left-turn lane and clear zone protection and access control as required for a current AASHTO rural arterial.

“Route 460 does not meet the current VDOT design standards required for a main functional route.”

The U.S. Route 460 Corridor Improvement Project has been initiated to overcome all these inadequacies and make Route 460 compatible to current VDOT standards. The total cost of the project is estimated to be around $1.39bn and it is expected generate 4,000 jobs during construction and more than 14,000 indirect jobs in the long run.

Objectives of the Route 460 corridor improvement

The Route 460 Corridor Improvement project is intended to solve the loopholes along the corridor. It will improve the highway safety standards of the existing route and increase its capacity to accommodate large vehicles from the port of Hampton Roads. It will also act as a hurricane evacuation route for the Hampton Roads region. It will provide a strategic connectivity between regional military bases.

History of Route 460 and the corridor improvement

Route 460 was a two-lane highway constructed between Petersburg and Suffolk in 1930s to bypass Norfolk-Southern Railroad. The road was extended to four lanes without any medians, shoulders and dividers, in 1950s. In 1991, with reference to Intermodal Surface Transportation Efficiency Act (ISTEA), a TransAmerica Study was conducted, which encouraged the improvements to the corridor between Suffolk and Petersburg.

A study of potential improvements was initiated in late 1990s around Beckley, West Virginia and Virginia Beach areas where Route 460 is located. The Virginia Transportation Act, which was framed in 2000 based on the study, designates the Route 460 between Interstate 295 in Petersburg and the Route 58 bypass in Suffolk as a High Priority Corridor.

The VDOT initiated a location study on the Route 460 in 2003. In the same year a legislation involving a Public-Private Transportation Act (PPTA) for highway improvements was passed in General Assembly. In September 2008, a record of decision was issued by Federal Highway Administration (FHWA) basing on the location study.

The project constitutes construction of a new four-lane parallel road south to the current Route 460. A 55-mile (88.51km) four-lane limited access highway will be constructed between Prince George County and Suffolk.

Beginning at the I-295 in Prince George County, the planned route will traverse the south-east part of the state through the counties of Prince George, Sussex and Southampton, Isle of Wight, and the city of Suffolk through Route 58 Bypass. Thereafter it provides a direct link to Port of Virginia neighbourhood region.

Construction and contractors for the improvement of U.S. Route 460 corridor

VDOT awarded the design build contract of the project to US 460 Mobility Partners in October 2012. The contracted company is a consortium of Cintra Infraestructuras and Ferrovial Agroman based in Spain, and American Infrastructure, Janssen & Spaans Engineering and A. Morton Thomas and Associates based in the US.

“The total cost of the project is estimated to be around $1.39bn.”

US 460 Mobility Partners won the contract as it submitted a financial plan requiring least public subsidy.

The designing and acquisition of right of way are scheduled to be completed in 2013. The construction of the project is expected to be started in 2014 and scheduled for completion by 2018.

The total cost of design, construction, toll collection set-up and administration of the project is estimated to be $1.39bn. VDOT will provide $753m to $930m of public funding. It has also applied for a $422m TIFIA loan and is waiting for the approval of the same as of late 2012.

Virginia Port Authority (VPA) will provide up to $250m for the Route 460 corridor improvements. Sale of tax-exempt bonds of Virginia’s Route 460 Funding Corporation will generate $285m.