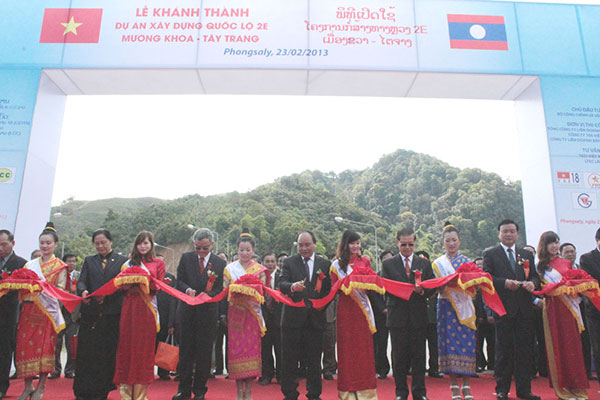 The 2E Highway connecting Vietnam and Laos was inaugurated in Phongsaly province of Laos, in February 2013. Image courtesy of Ministry of Public Works and Transport of Lao PDR Lanxang Avenue. 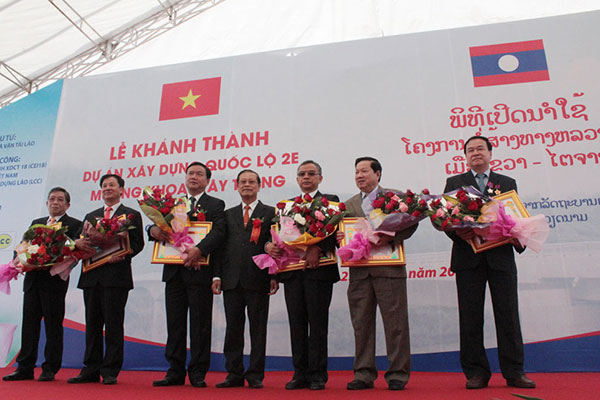 The highway is of strategic significance to both Laos and Vietnam. Image courtesy of Ministry of Public Works and Transport of Lao PDR Lanxang Avenue. 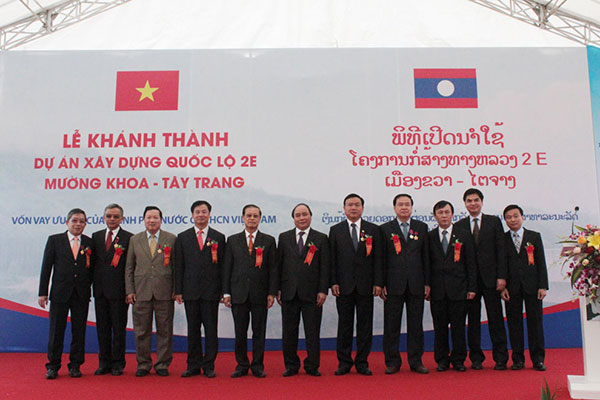 The newly-built 2E highway will lead to growth in trade between both countries. Image courtesy of Ministry of Public Works and Transport of Lao PDR Lanxang Avenue.

Highway 2E, connecting Vietnam and Laos, was inaugurated in the Phongsaly province of Laos in February 2013. The 68.2km highway connects Khoua district of the Phongsaly Province in Laos to Vietnam’s Tay Trang border gate of the Dien Bien Northern Province.

The 2E highway is 6m wide and designed to carry automobiles with 9.2t of axle weight, and running a maximum speed of 30kmph. Construction was carried out by CIENCO 18 from Vietnam and companies based in Laos.

Vietnam and Laos have been initiating several measures to enhance their ties. The two countries are co-operating over several key projects involving both the regions. Vietnam has invested in several projects in Laos, Vietnam-Laos 2E highway being one of them.

The 2E highway project was categorised as a priority project in the Seventh Socio-Economic Development Plan of Laos for the 2011-2015 period, which is propelled by the primary objective of realising the sustained economic development of Laos. The plan also strives to help Laos elevate itself from its status as a least developed country by 2020.

The 2E highway is a vital road link for Laos, a country that is chiefly dependent on road transportation as it is without a railway network, as well as having limited air and water transport. It is estimated that approximately 90% of passengers and 60% of freight in Laos are transported by its road.

The Asian Highway Network (or the Great Asian Highway) is a 141,000km network of roads running across 32 countries. It is being built with an intention to improve transport facilities throughout these nations and provide road links to Europe.

The railway network of Vietnam is also limited, with roadways being the primary means of movement for people and cargo.

Prior to construction of the highway, the 2E road was narrow and without bridges across some streams. Journeys by the road were tough especially during rainy season. The completion of the new highway has resolved the issue, making travel on 2E convenient all year round.

Additionally, there is expected to be growth in the number of tourists visiting Laos, as the 2E Highway provides improved accessibility to the country.

The highway is expected to enhance the infrastructure of the country, as well as improving connectivity and socio-economic relations between Laos and countries such as Myanmar and Thailand

The construction work of the 2E Highway, which includes eight bridges, started in March 2009.

“Construction was carried out by CIENCO 18 from Vietnam and companies based in Laos.”

CEI18-Vietnam (Road Company No. 18) secured the second contract, which was for constructing the remaining 38.2km stretch of the highway.

Vietnam and Laos signed a preferential credit agreement for the construction of the 2E Highway, in February 2009. The Government of Vietnam provided funds for the project by means of soft loans of 15 years, as per the agreement.

The 2E highway was the second Laotian project funded by the Government of Vietnam.