The Federal Australian and Queensland Governments 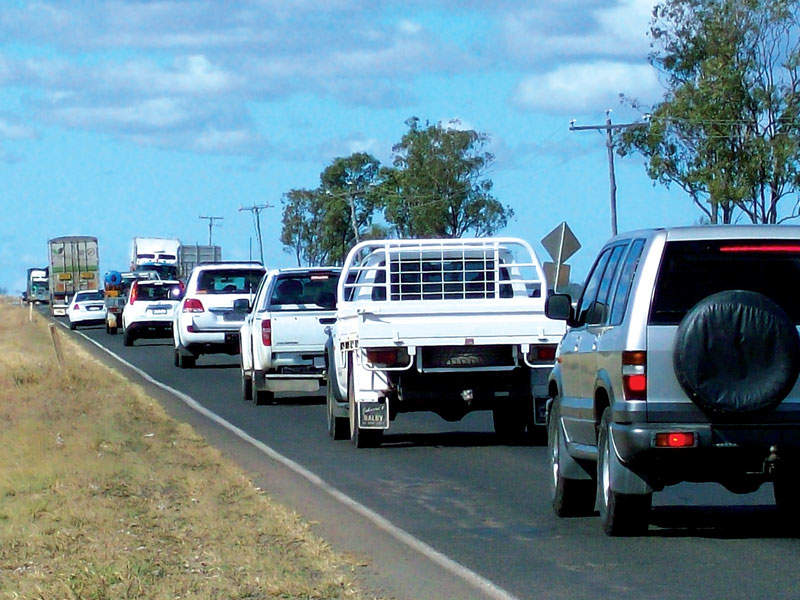 Warrego Highway is a 750km road connecting Charleville to the Ipswich motorway into Brisbane, Australia. Credit: the State of Queensland (Department of Transport and Main Roads). 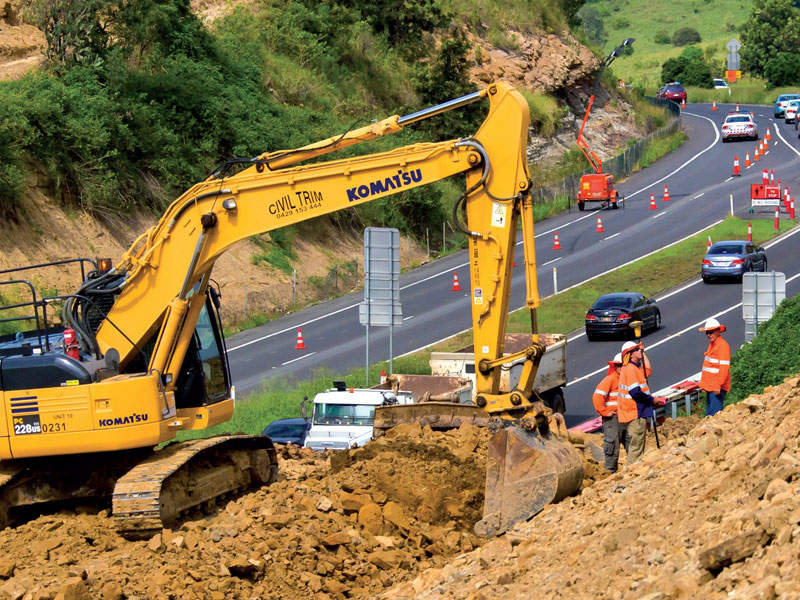 Stage one of the project construction between Nugent Pinch Road and Charlton began in February 2015. Credit: the State of Queensland (Department of Transport and Main Roads). 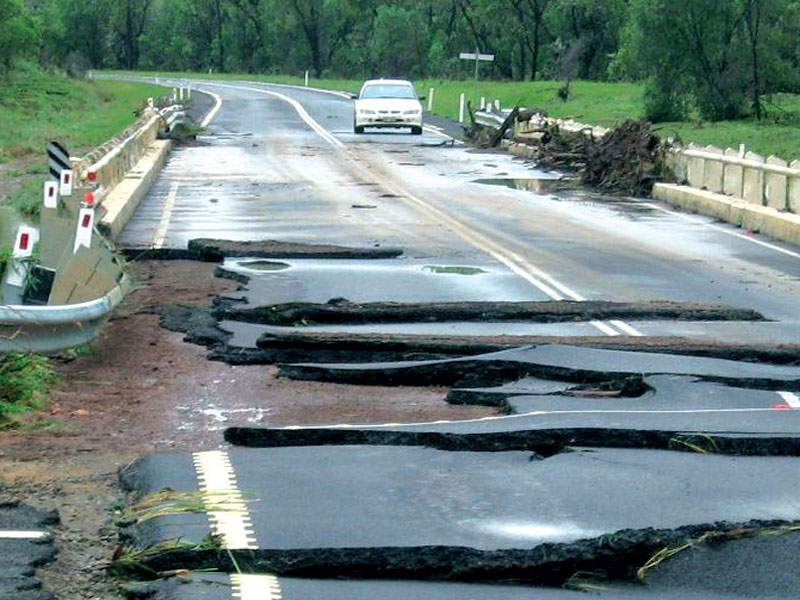 WHUP comprises 15 upgrade projects to be delivered by 2019. Credit: the State of Queensland (Department of Transport and Main Roads). 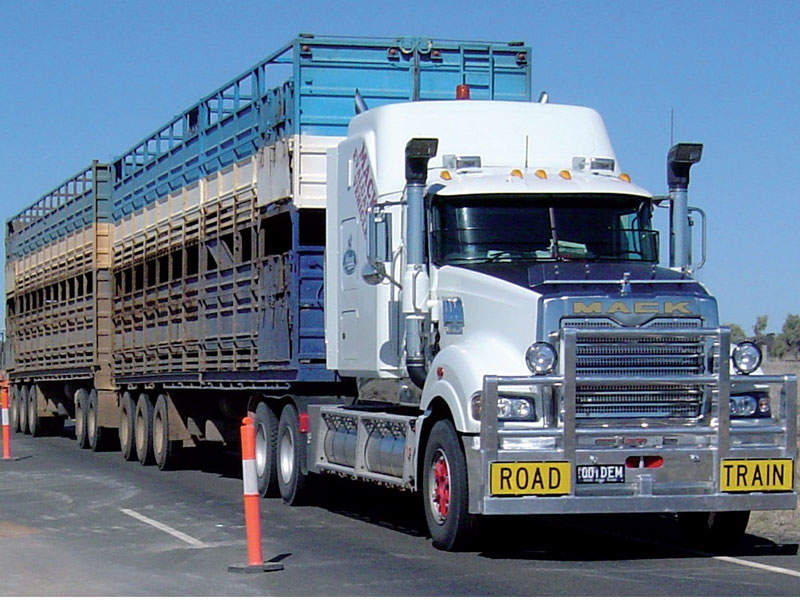 The upgrade project is funded by the federal Australian and the Queensland Governments in an 80:20 ratio. Credit: the State of Queensland (Department of Transport and Main Roads).

The Warrego Highway is a key east-west route of Queensland connecting Charleville to the Ipswich motorway into Brisbane, Australia. The governments of Australia and Queensland have jointly initiated a $635m Warrego Highway Upgrade Program (WHUP) to increase road network efficiency, safety and reliability.

The project will enhance economic growth in the region by benefiting the agriculture, resources and tourism industries. It is being jointly funded by the Australian ($508m) and the Queensland Governments ($127m).

The WHUP comprises 15 upgrade projects located between Toowoomba and Miles to be delivered by 2019. The upgrade works are being managed by the Department of Transport and Main Roads.

With a $110m investment, the first stage of the project involved the upgrade of the 5.7km road between Toowoomba and Oakey, starting from Nugent Pinch Road to the west of Charlton. Completed in July 2016, this section of the highway is used by more than 15,000 vehicles a day, which is expected to increase to 30,000 a day in the next 20 years.

The fourth stage involves the construction of overtaking lanes between Oakey and Dalby with an estimated $44m investment.

Dalby western access upgrade works will be completed as part of the fifth stage, which will involve safety works on a number of intersections and the creation of access points from adjacent industrial developments on the western outskirts of Dalby. The fifth stage is estimated to cost $59m.

The $56m sixth stage includes upgrade works on the Dalby eastern access of the Warrego highway. It will improve safety at intersections and provide access to the highway from the industrial and commercial developments on the eastern part of Dalby.

Stage eight involves the construction of the Chinchilla bypass with a $1m investment. The bypass is needed in the future due to anticipated growth in highway traffic, population and commercial activities.

The tenth stage involves the Jondaryan-Sabine road intersection upgrade works, which are to improve the intersection at Sabine Road, Jondaryan, to provide safe highway access for heavy vehicles.

The $36m Brigalow to Chinchilla upgrade is the next stage of the project, which involves the 11km widening of the highway on the eastern approach to Chinchilla.

Stage 12 includes the construction of the Dalby to Miles overtaking lanes, which will be completed with an investment of $35m. The $24m Miles western access upgrade project comprises stage 13 and will involve extension and rehabilitation of the highway on the western outskirts.

The next stage includes the Oakey to Miles safety upgrade project to be completed with a $40m investment. It will include road treatments to improve safety on the busiest intersection of the highway.

The final stage is the $11m Drillham-to-Palardo upgrade project, which will widen the narrow highway sections to a safe standard for heavy vehicles.

Construction details of the highway upgrade

The ground-breaking ceremony for stage one of the project between Nugent Pinch Road and Charlton took place in February 2015. It was completed by July 2016 extending the road to four lanes and saw the installation of traffic signals at intersections with Gowrie Junction Road and O’Mara’s Road, and construction of a grade-separated intersection at Troy’s Road.

The Oakey to Miles safety upgrade works began in January 2017. The stage-three Toowoomba to Oakey road duplication and construction works between Oakey and Dalby began in late-2016 and are scheduled for completion by August 2017.

Dalby western and eastern access upgrade works will begin in the second quarter of 2017. Also scheduled to commence during the same quarter are the Jingi Jingi Creek and Jondaryan-Sabine road intersection upgrade works.

Construction on Chinchilla open level rail crossing upgrade and Dalby to Miles overtaking lanes is expected to commence in 2017, while that on Miles western access upgrade is expected to begin in 2018.

Seymour Whyte Constructions was awarded a $43m contract to perform stage one construction of the Warrego Highway upgrade.

Ostwald Brothers has been contracted for the production and placement of the Plant Mixed Foam Bitumen pavement for the Brigalow to Chinchilla upgrade project.