4.8km, including 2.5km of tunnels
Expand 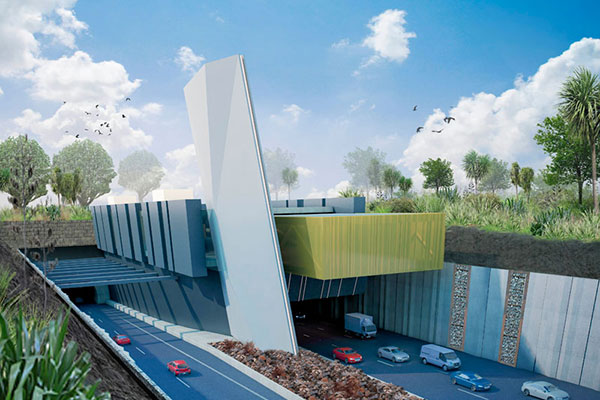 The southern tunnel portal from the Waterview Connection Project. Image courtesy of NZTA. 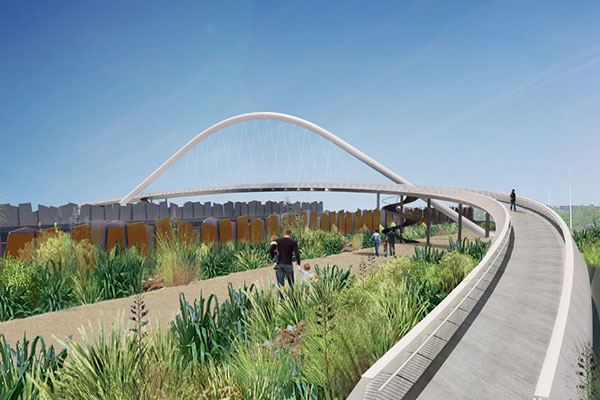 The project will involve the construction of bridges and installation of noise barriers. Image courtesy of NZTA. 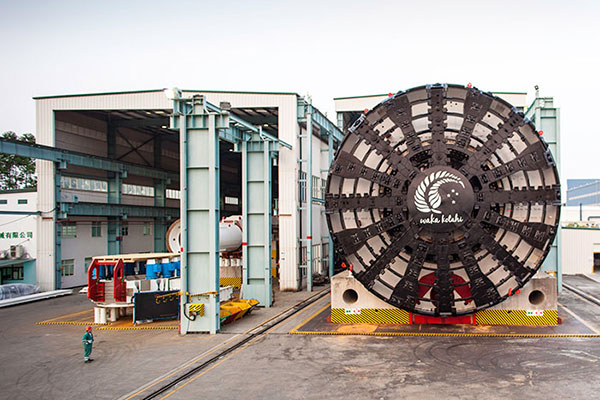 The tunnel boring machine (TBM) for the project will be transported to the project site in eight pieces. Image courtesy of NZTA. 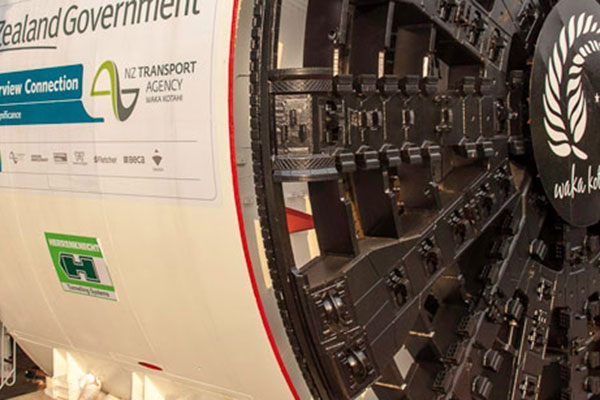 The TBM being used is the tenth largest in the world. Image courtesy of Jacobs Associates.

The Waterview Connection Project is a 4.8km motorway section passing through Waterview and Owairaka, currently being built by the New Zealand Transport Agency (NZTA). The project forms part of the larger 48km Western Ring Route.

The Western Ring Route is a major component of the seven highway projects under the Roads of National Significance (RoNS) identified by the government, which are scheduled for completion before 2020.

“Construction work for the project commenced in January 2012 and is scheduled for completion in 2016.”

The construction of the Waterview Connection project is being overseen by the Well-Connected consortium of McConnell Dowell, Fletcher Construction, Obayashi Corporation, PB New Zealand, Beca Infrastructure and Tonkin & Taylor. The consortium has appointed SICE, Wilson Tunnelling, Downer EDI Works, Boffa Miskell and Warren and Mahoney as the sub-alliance partners and contractors.

Construction work for the project commenced in January 2012 and is scheduled for completion in 2016. The project requires an investment of $1.4bn.

The total length of the road under the project will be 4.8km, with 2.5km of the route comprising of two tunnels with three lanes each. The motorway section will connect the State Highway (SH) 16 at Waterview and SH20 at Mt Roskill between their current Great North Road and Maioro Street exits.

The project further involves the widening and raising of the causeway, and other capacity improvement works on the SH16 to provide a transport alternative to the SH1 through central Auckland. It also involves the construction and improvement of road bridges, cycleways, recreational spaces and pedestrian facilities, as well as landscaping.

Surface works for the project are currently in progress at Owairaka and Waterview. The tunnelling works will commence in October 2013 using an Earth Pressure Balance Machine (EPBM) following the completion of the trenches on both ends.

The project will comprise of the southern works and northern works. The southern end of the project primarily involves the construction of a trench to accommodate the transportation of the tunnel boring machine (TBM). The construction works for the trench commenced in August 2012. The trench is being excavated at a depth of 30m by drilling and blasting through a 15m-thick layer of very hard volcanic rock.

Other ancillary works to transfer the TBM will include the diversion of the Oakley Creek and the Hendon sewer from the motorway and the extension of the SH20 between Maioro Street and the Waterview tunnels.

Northern end works will include the site establishment and construction of a trench at the northern part of the tunnel. The project works for this section initially involved the demolition and removal of around 100 properties. Construction works are currently underway on two diaphragm walls measuring 91m on either side of the trench.

The Central Motorway Junction project in New Zealand will link the Northern Motorway to Auckland’s port and North-Western Motorway. The works on the project, developed in two stages at an investment of NZ$195m, began in October 2002 and were completed in December 2006.

A new two-lane bridge opened in February 2013, as part of the southern works. It takes Richardson Road over the motorway alignment. Another bridge is being constructed between Maioro Street and the southern approach trench to take the motorway over Oakley Creek.

The construction of the tunnel will be carried out by conditioning the ground using a polymer injected with water and compressed air, into the cutting area through pipes in the rotary cutting head. These pipes will be connected to injection nozzles at the front of the head to spray the conditioning mixture onto the cutting face.

Details of the TBM used for the Waterview Connection project

The TBM measures 14m in diameter, 97m in length and weighs 3,600t. It has a maximum speed of 80mm a minute. It features an operating cabin, which is capable of accommodating 15 crew members. The head of the TBM is a 12m-long shield, behind which there are three back-up cars that house the equipment needed to run it.

“The project requires an investment of $1.4bn.”

The TBM was constructed by Herrenknecht at its Guangzhou site in China. The tunnel consulting services during the initial phase of the project were provided by Jacobs Associates. The company is also involved in providing peer review services to the contractors for the design of all tunnel and retaining wall structures.

The procurement documentation works, including the review of the concept design for the project, was carried out by Aurecon. The company also acted as the technical advisor during the procurement process of the project and is currently acting as the verifier to the project owner.