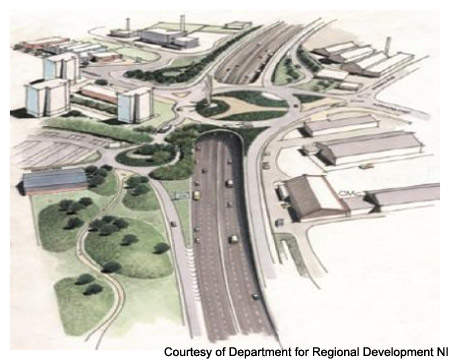 The first phase of the Westlink project connected the M1 at Broadway to Grosvenor Road. 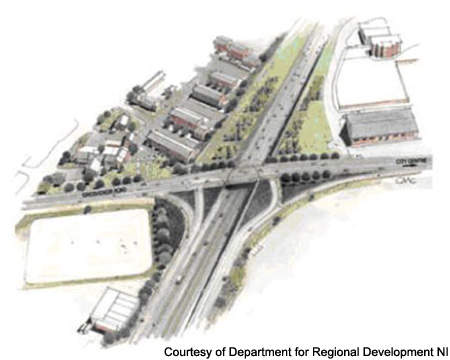 The new Grosvenor Road junction has opened six months ahead of schedule. 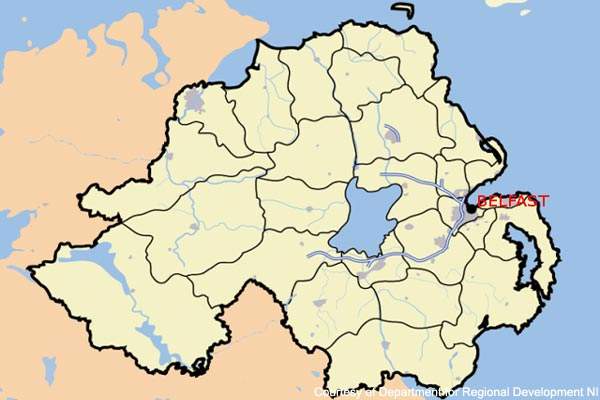 The Westlink is an important link in the Belfast motorway network, connecting urban sections of various motorways. 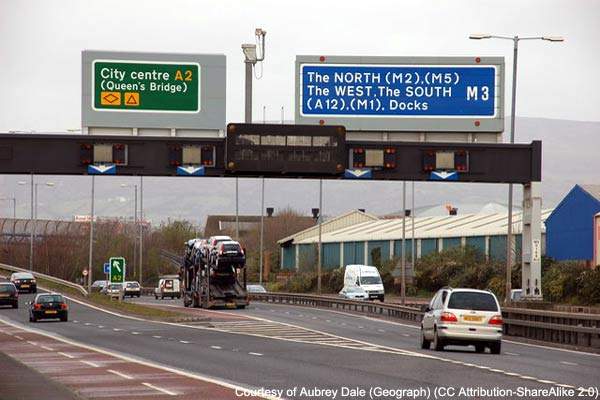 The upgrade of the Westlink is set to improve routes into Belfast city centre.

The Westlink (A12) in Belfast is an important link in the city between the urban sections of various motorways (M1, M2 and M3 running south, north and east of the city). The Westlink was originally constructed in two phases. Phase 1, connecting the M1 at Broadway to Grosvenor Road, was opened in 1981. Phase 2, extended the road from Grosvenor Road to York Street, was opened in 1983.

The road has undergone many expansions to try and increase its usefulness and decrease bottlenecks. For example, the southbound section from Grosvenor Road to Broadway was widened to three lanes in 2002. The road is mostly dual carriageway.

A major renovation of the Westlink, completed in 2009, included a full grade separation of the Broadway and Grosvenor Road junctions using underpasses and also a third traffic lane added on both sides between Broadway (junction one) and Divis Street.

“The road has undergone many expansions to try and increase its usefulness and decrease bottlenecks.”

The M1 was widened from junction two (Stockmans Lane) to junction one.

The project also included left-in/left-out sliproads at Mulhouse Road, the closure of access to Roden Street and for safety reasons the provision of a segregated busway from Broadway into the Europa Bus Centre. The Westlink/M1 upgrade was announced in July 2004, began in February 2006 and was completed in March 2009.

The total length of the scheme was 4.5km (2.8 miles) and cost in the range of £104m. The M1/Westlink Scheme formed part of a design, build, finance and operate (DBFO) contract, which was funded through a Public Private Partnership.

The full plans included the following: Stockman’s Lane roundabout (M1 junction two) was signalised to improve capacity in January 2006; the two bridges carrying the M1 over Stockman’s Lane were replaced with new wider bridges; M1 was widened to three lanes each way from Stockman’s Lane to the terminus at Broadway (M1 junction one); the underpass at Broadway included a 7m-deep underpass to allow a dual three-lane road to pass underneath. At this point the M1 flows seamlessly onto the A12 and sliproads provide access to the Westlink from both directions.

The new roundabout was reconstructed on top of the development, much the same as it was before. The A12 Westlink was widened to three lanes each way between Broadway and Grosvenor Road. A new southbound on-slip was provided at Roden Street to allow buses only to join the Westlink towards the M1 from the Europa Bus Centre.

The access to Mulhouse Road (Royal Victoria Hospital) was reduced to LILO (left-in, left-out) manoeuvres only. Access was provided by an eastbound offslip. Roden Street footbridge was demolished and replaced.

A new footpath and cycle lane was constructed along the Westlink from Broadway to Grosvenor Road. The Grosvenor Road underpass required a 4m excavation to allow the dual three-lane road and the roundabout was replaced with an overbridge. Meanwhile, the sliproads gave access to the south so traffic was able to join the A12 toward the M1.

The work was undertaken by HMC, a joint venture, including local contractors Graham Construction and Northstone and also the German contractor Bilfinger Berger.

“The project included several slip roads so that access to Belfast city centre is now much improved.”

This major road junction included several slip roads so that access to Belfast city centre is now much improved. The next stages of the project included the completion of the Roden Street footbridge and the Stockman’s Lane junction.

The underpass at the Broadway junction was opened by July 2008, ahead of schedule.