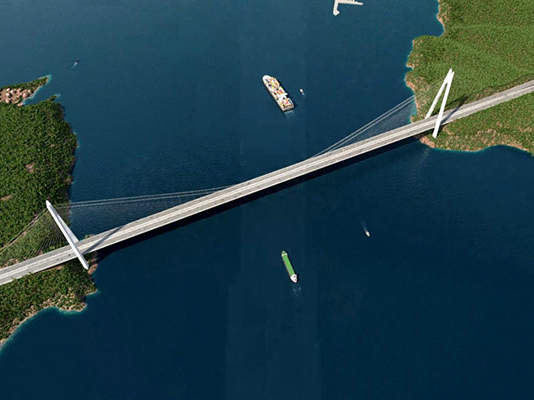 The Yavuz Sultan Selim Bridge (3rd Bosphorus Bridge) is an integral part of the Northern Marmara Motorway Project and is being constructed over the Bosphorus Strait in Istanbul, Turkey. Credit: ICA (IC İçtaş Construction). 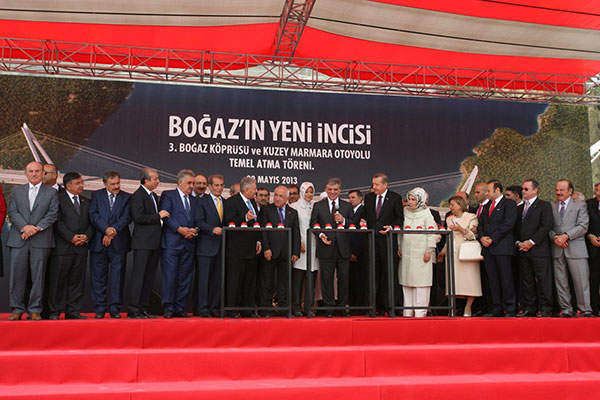 Foundation stone laying ceremony of the bridge was held on 29 May 2013. Credit: ICA (IC İçtaş Construction). 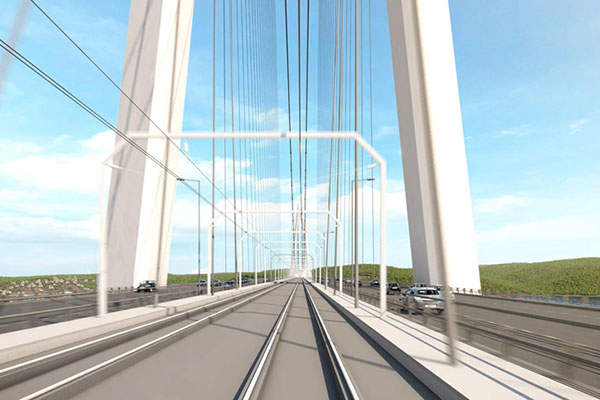 An integral part of the Northern Marmara Motorway Project, the new bridge is located in the Odayeri – Pasaköy section of the motorway. General Directorate of Roadways (KGM), Turkey is the owner of the project.

Construction of the bridge started with the foundation stone laying ceremony on 29 May 2013 and was completed in August 2016. It was developed on a build-operate-transfer (BOT) basis and created approximately 7,000 construction and 500 operational jobs.

The estimated investment in the project is $3bn.

Also referred to as the bridge of firsts, it is the world’s first bridge to accommodate an eight-lane highway and a two-lane railway on the same level.

Details of the third Bosphorus bridge

The Yavuz Sultan Selim Bridge and the Northern Marmara Motorway Project form part of the initiative to make Turkey one of the world’s ten biggest economies by 2023.

Proposals for the Northern Marmara Motorway include the construction of a 115km motorway and access road between Odayeri and Pasaköy, including the third Bosphorus Bridge.

The new bridge is the third one on the Bosphorus Strait following the First Bosphorus Bridge, which was put into operation in 1973, and the Fatih Sultan Mehmet Bridge (second bridge), which was completed in 1988.

It consists of a two-way, four-lane motorway and two high-speed railway tracks, and is accessed by approximately 135,000 vehicles a day in each direction. The bridge crosses the Bosphorus Strait between Garipçe village on the European side and Poyraz on the Asian side.

The rail system will be integrated with the Marmaray and the Istanbul Subway to link Atatürk Airport, Sabiha Gökçen Airport, and the proposed third airport line. It will be accessible to passengers travelling between Edirne and Izmit.

It is the highest financing ever secured for a greenfield project in a single contract in the Republic of Turkey’s history.

The consortium of IC IÇTAS – Astaldi was contracted for the construction and operation of the third Bosphorus Bridge and Northern Marmara Motorway Project. The consortium operates the project for a period of ten years, two months and 20 days before transferring it to the Turkish Ministry of Transportation.

AECOM was commissioned to prepare an environmental and social impact assessment (ESIA) report for the project. STROS delivered four sets of NOV 2032 UP F7 construction hoists, a special tip-and-swivel platform, motors, and other equipment.

Michel Virlogeux, a structural engineer, and T-Engineering participated jointly in the concept design of the third bridge. Mott MacDonald acted as the lender’s technical adviser, while Clifford Chance and DLA Piper were engaged as the legal advisers for the project.

Hyundai Engineering subcontracted GSP Neptun for the delivery of heavy-lift services for the construction of the new bridge.