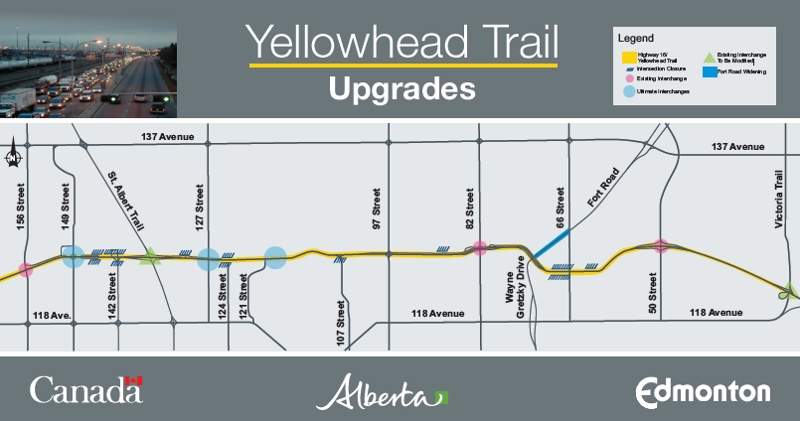 The Yellowhead Trail project transforms the 25km-long expressway into a freeway without traffic signals. Credit: Government of Alberta. 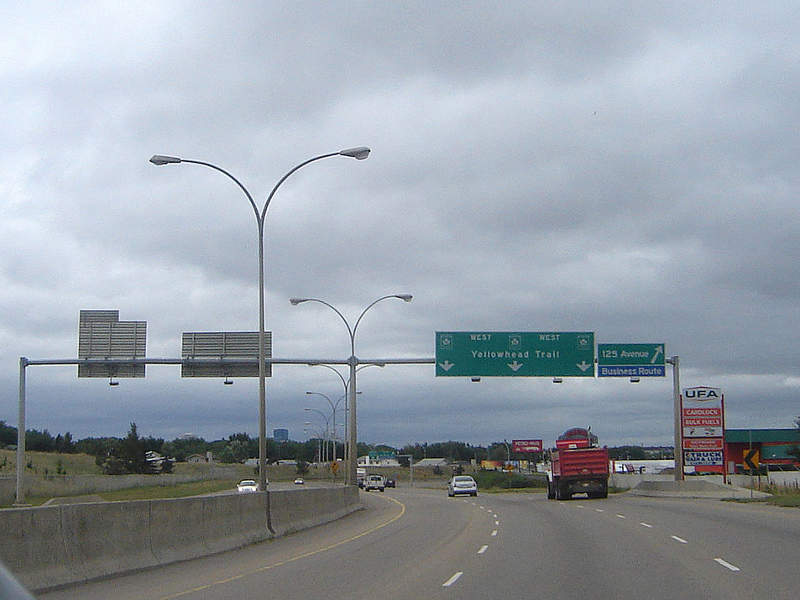 Construction works on the project will begin in 2021. Credit: SriMesh. 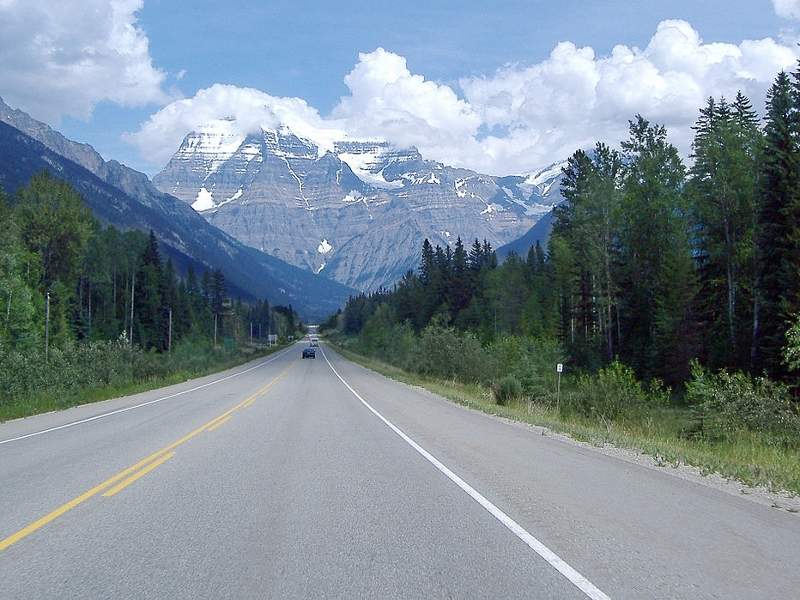 The City of Edmonton proposed a project to convert the Yellowhead Trail expressway located in northern Edmonton, Alberta, Canada, to a freeway without traffic signals.

A 25km portion of Canada’s Highway 16, the Yellowhead Trail is a six-lane corridor that witnesses traffic volume of up to 81,000 vehicles a day, 20% of which are transport trucks.

The conversion project is part of Edmonton’s Transportation Master Plan to efficiently move goods and services along the section, as well as improve traffic flow and safety at the accident-prone locations on the expressway.

The project received federal funding of more than $1bn in December 2016, $241.6m of which is being contributed by the federal and provincial governments of Alberta, while the remaining will be funded by the City of Edmonton.

With the funding in place, the project is ready to move to the detailed planning design phase, which will also include consultation. Construction on the project is expected to start by 2021.

Initiated as a result of the Yellowhead Trail Strategic Plan, the Yellowhead Trail conversion project was approved by the City Council in November 2011. The plan aims at developing the expressway into a future freeway to ensure easy movement of goods across the city of Edmonton, which will improve regional economic activity.

Being designated as a 24-hour truck route and dangerous goods route, the expressway currently experiences significant traffic levels, which is expected to increase two-fold to more than 110,000 vehicles a day by 2044. With the current traffic signalisation and configuration, the corridor will not be able to handle the projected growth, which will exceed its capacity in the coming years.

As a result, the project’s strategic plan proposed the conversion project in order to improve access and mobility along the corridor.

The proposed conversion plan will retain the corridor as a six-lane road while upgrading it to a freeway. The project will include the addition of service roads and interchanges, as well as the closure of several intersections.

The stage will also include access management at 89 Street, which will see the closure of access to 89 Street and service road from the corridor while maintaining the pedestrian access at 82 and 97 Streets.

Stage two of the project, whose planning is underway, will see the modification at 149 Street interchange.

Stage four of the transformation project will include modifications at 121 Street interchange. It will also see the construction of a new interchange at the street and closure of direct access at 107 Street, and create alternate access to surrounding properties.

The fifth and final stage of the project will take place at Fort Road/Wayne Gretzky Drive Interchange. It will include modifications to the existing interchange at the drive that will help in accommodating the projected traffic on the corridor.

The stage will also include the closure of the 66 Street intersection, construction of a new road to the street to Fort Road, removal of existing traffic signals and creating alternate access to surrounding properties.

By removing intersections and by increasing the capacity of the corridor, the project will clear bottlenecks, which are currently impacting the traffic flow of both commercial and passenger vehicles. Besides improving the flow of traffic, the changes will also improve driver safety by reducing collision rates.

It will improve the transportation of goods to local, national and international markets, promoting continued economic growth throughout Western Canada.

Traffic delays will be significantly reduced in both eastbound and westbound directions while emission will also be reduced.