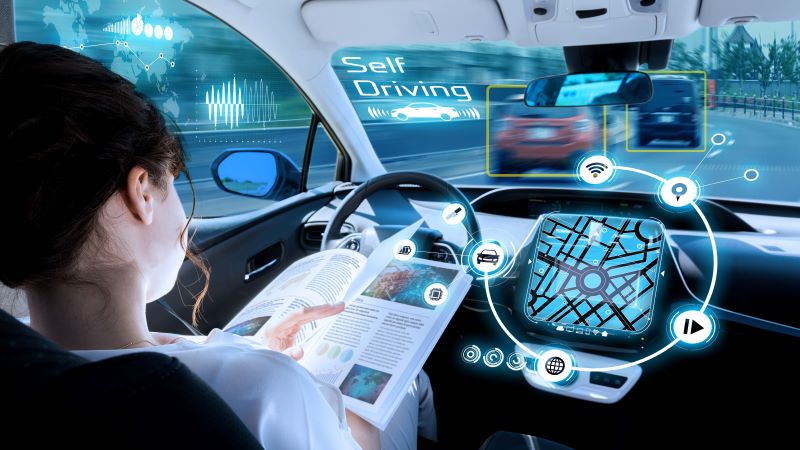 The promise of AVs is staggering- they could bring mobility to sections of the market that have never before had access. Credit: metamorworks / Shutterstock.com

The frothy early days of autonomous vehicle (AV) development have ended. Early optimism has given way to a more cautious tone. Put simply, autonomous vehicles have proven far harder to develop than any company had expected, tempering some of the more outlandish ideas within the sector.

A reality check for AVs

The concept of AVs was first conceived by General Motors at its ‘Futurama’ exhibit at the 1939 New York World’s Fair, and since then, companies have been vying to make the vision of autonomous driving a reality.

The promise of AVs is staggering- they could bring mobility to sections of the market that have never before had access. In addition, they could enable a brace of new businesses in the commercial space, such as ride-hailing services using robotaxis, on-demand freight logistics services, or mobile retail and service spaces that can be brought directly to the customer.

Despite these lofty promises, AVs are currently facing somewhat of a reality check. Naturally, tech startups tend to make grand promises around the supposed benefits that their new technology will unlock- this builds hype among industry players, influencers, and investors. This can lead to a situation where that hype extends beyond the actual capabilities of the product, and disappointment spreads as users and investors realise it will not perform as promised. If new technologies cannot push through this disappointment phase and deliver on their original promises, it can be fatal.

Each new level of autonomy has brought with it exponentially more challenges, as AVs come up against ever more so-called ‘edge’ cases. These are situations that it has not been programmed for, where it must determine the safest action in a hybrid human and machine driver environment, without the safety net of human intervention.

The future for AVs

In the US, the previous Trump administration took a hands-off approach to AV safety regulations. Following the election of President Biden, the NHTSA has been given new leadership and has opened an investigation into Tesla’s Autopilot system following several crashes involving emergency vehicles. This could see new regulations imposed in the US, limiting the deployment of Level two autonomous systems and making it harder for automakers to test new technologies without gaining regulatory approval.

When autonomous systems become available on a commercial level, they are likely to be costly. They will incorporate a suite of additional sensors, computer processors, and associated components that will probably add tens of thousands of dollars to the base cost of any vehicle. This means self-driving technology might not be particularly applicable to price-sensitive passenger cars, at least not until the technology cost falls further.

However, despite the cost and continued difficulty of developing autonomous vehicles, one sector that holds promise for the technology is in commercial vehicles. Here, the on-cost of an autonomous system represents a smaller proportion of the vehicle’s total cost, while the savings the system enables are potentially larger. In addition, commercial vehicles often stick to set routes that are run repetitively, which suits the capabilities of Level four systems.