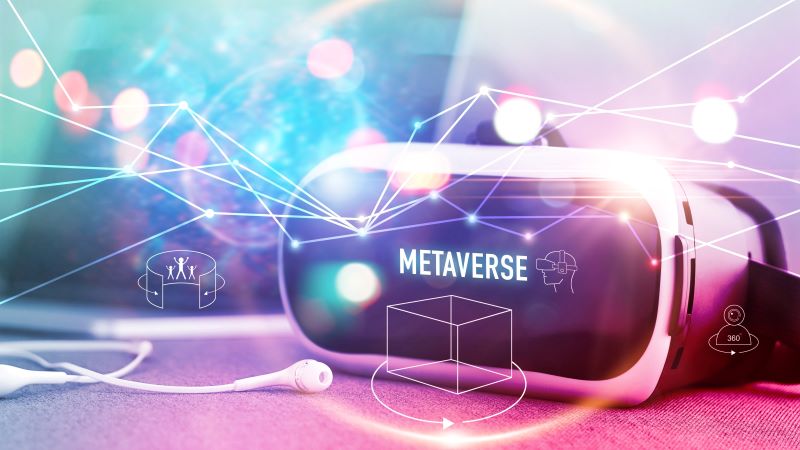 The idea of the metaverse, a virtual world where users share experiences and interact in real-time within simulated scenarios, is still being thrown around. It is a ubiquitous term that no one in this day and age can really avoid. It also turns out that some automotive companies have been drawn in by the hype and want to get a slice of the metaverse pie.

AR and the metaverse

Augmented reality (AR) is a technology that allows the user to see the real world overlaid with digital data. The metaverse is likely to rely heavily on AR and AR-related technologies, such as simultaneous localisation and mapping (SLAM), facial recognition, and motion tracking. As such, many metaverse developers are increasingly focusing on AR. This can be seen in the increased interest in and optimism about AR across all sectors. In GlobalData’s Thematic Sentiment Analysis Q4 2021, 51% of respondents said they were more positive toward AR than last year. This was the greatest positive sentiment change of all the themes being tracked, even more than AI (45%), and cloud computing (38%).

AR is already in use in several specific areas of the automotive sector. Some infotainment systems have integrated it as part of an augmented GPS navigation system, displaying holographic arrows on a live image feed from the front of the car.

AR headsets are also being used in maintenance and manufacturing to reduce training time and more efficiently and accurately perform quality control checks.

Several automotive-specific use cases of the metaverse have also recently arisen. BMW has partnered with Nvidia, and Hyundai has partnered with Unity, both with the intent of building virtually accessible 3D digital twins of their factories. This will allow employees to collaboratively assess modifications and adjustments to production lines in the early planning stages.

WayRay has developed a concept car, the Holograktor, described as a “metaverse on wheels” due to its heavy reliance on AR technology. The car’s seats are equipped with joysticks that allow the passengers to select the amount and type of information projected onto the windscreen’s AR head-up displays (HUDs). The joysticks can also be used to play games on the windscreens with others in the metaverse. The car even comes pre-loaded with a Guitar Hero-esque online karaoke game.

Nissan has also made a move into the metaverse with its I2V Invisible to Visible AR concept, which was launched at CES 2019. The system highlights obstacles that might not be obvious to the driver through a display inside the vehicle to enhance safety and driver comfort. The system also allows individuals to appear in the vehicle’s passenger seat as a 3D avatar. This might be a family member or friend to keep you company on a long drive, or a local guide to answer questions and give recommendations. Nissan hopes to roll out the technology in its vehicles from 2025.

The future of the metaverse in automotive

Despite these specific cases, the current impact of AR and the metaverse on the automotive industry is minor. However, as the use of AR in consumers’ day-to-day lives increases, adoption in automotive will increase. AR will then improve future entertainment experiences by overlaying content and video games over the outside world, or re-purposing car windows to display a different world entirely. It is very possible that these worlds will be part of the metaverse.