Here are seven countries in Europe that have announced measures to phase out petrol and diesel vehicles in favour of electric models.

Norway announced its proposed ban on fossil fuel cars in 2016, planning to prohibit the sale of all petrol and diesel vehicles by 2025.

The country introduced a ‘polluter pays’ tax system that was designed to discourage the sale of new petrol or diesel cars and increase the number of electric vehicles to 50,000. The system introduced fines for fossil fuel cars using toll roads and ferries depending on emission rates, whereas the services were free for zero or low emission cars.

The target amount was met by 2015 and the government decided to keep the incentives until 2018, when they began being phased out, making electric vehicle owners pay half of the annual road licence cost.

In January 2017, more than half of all new cars sold in Norway were either electric or hybrid models, making it the first country to have more of the zero or low emission cars sold than petrol and diesel vehicles combined. Sales of new electric vehicles totalled 39.2% out of all car sales throughout 2017.

As of 2018, there are more than 135,000 electric vehicles registered in the country. To continue this growth, the country’s electric vehicle association aims to have more than 400,000 battery-powered cars on its roads by 2020. To put this into context, the country only has a population of approximately 5.3 million, with 2.7 million private cars registered. Reaching the goal would mean that an estimated one in seven cars in Norway would be electric-powered.

Germany’s Bundesrat federal council agreed to ban fossil fuel powered vehicles by 2030 in October 2016, when it also suggested for the European Commission to introduce an EU ban on diesel and petrol vehicles. German Chancellor Angela Merkel agreed to these plans in August 2017.

The country is aiming to reduce its CO2 emissions by 95% by 2050, hoping that the introduction of electric vehicles will help it reach the target. However, the ban could put production jobs at risk within Germany’s automotive industry, which is the fourth biggest in the world with 5.6 million passenger cars produced in 2017.

“Merkel said in 2017 that she cannot set a date for the full nationwide ban as combustion engines are still needed in Germany.”

In February this year, the government ruled that German cities can enforce their own bans on diesel cars in an effort to lower air pollution. In May, Hamburg became the first city to introduce a ban that affects two-thirds of the diesel cars registered in the area. Older diesel trucks are not permitted to drive on a one-mile section of the Stresemannstraße highway. Diesel cars are also banned from a section of Max-Brauer-Allee, excluding buses and residents’ vehicles.

Merkel said in 2017 that she cannot set a date for the full nationwide ban as combustion engines are still needed in Germany. However, Merkel commented that once the charging infrastructure and technology is introduced, a transition to electric cars will be made easier. 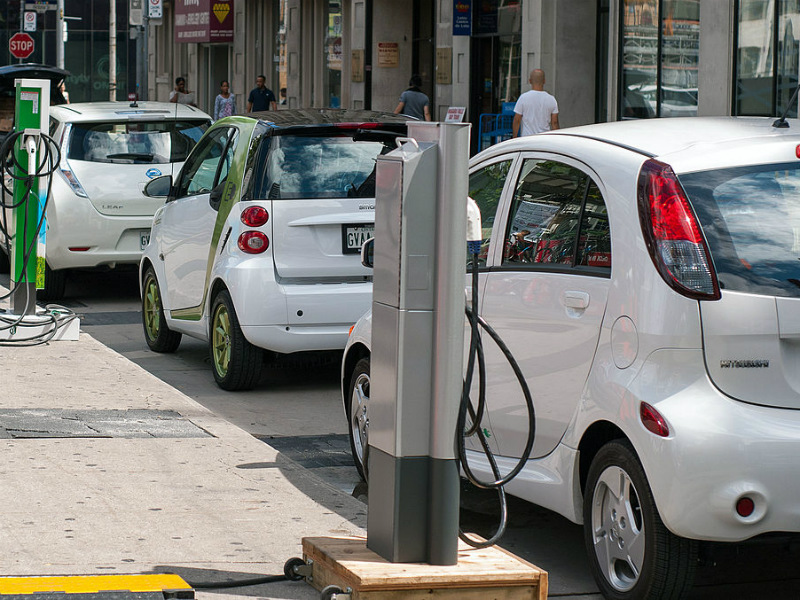 In July 2017, France announced plans to ban all petrol and diesel cars by 2040, in addition to phasing out oil and gas production. This forms part of the country’s goal of becoming carbon-neutral by 2050.

France Environment Minister Nicolas Hulot made the announcement following Volvo’s plans to stop selling petrol and diesel cars from 2019. Manufacturers will only be allowed to sell cars powered by electricity or renewable energy, including hybrid vehicles.

Paris later authorised a plan to eliminate all non-electric vehicles from the city by 2030. The city often enforces temporary bans to help lower pollution, and a total ban in the capital city is likely to encourage the rest of the country to follow.

Announced along with a number of sustainable initiatives, the plan would provide French households with financial support to assist in exchanging old petrol or diesel cars for a more environmentally friendly alternative.

Since 2008, France has enforced penalties on the purchase of high-emission vehicles while offering incentives for customers buying low or zero emission cars. In 2018, there are approximately 150,000 electric vehicles registered in France and electric passenger cars formed 1.98% of new cars registered in 2017.

France also plans to eliminate the use of coal to create electricity by 2022 and introduce more clean energy alternatives, which would further decrease the overall impact of electric vehicles on the environment.

The UK originally announced plans to ban the sale of new petrol or diesel cars in July 2017 with a target date of 2040. The plans were confirmed to include hybrid vehicles in 2018 following increasing pressure of legal action from the EU over the illegal levels of air pollution.

High concentrations of nitrogen oxide, which go over the legal limit of 40 micrograms per cubic metre, are one of the reasons the ban was introduced. Initiatives such as clear air zones with blocks and fines have been considered, but there are concerns that these will divert traffic to the less polluted areas instead.

The Road to Zero strategy was announced by UK Transport Secretary Chris Grayling this month. It also includes other targets such as for half of all cars sold to be ultra-low emission by 2030.

When plans were first announced, plug-in vehicles made up less than 1% of total car sales in the country. By the first half of 2018, this grew to 2.2% of the UK’s total car sales.

There are currently only approximately 17,000 charging points across up to 6,000 locations in the UK. In order to meet the predicted growth of electric vehicles to one million by 2020, it has been estimated that charging infrastructure across the UK will need to be increased six-fold.

In September 2017, Scotland announced plans to phase out petrol and diesel vehicles by 2032, eight years ahead of the rest of the UK. Scotland’s First Minister Nicola Sturgeon outlined a number of plans to expand charging infrastructure and set up initiatives to encourage electric car sales.

“Motorists in high-emission vehicles driving through an LEZ could be fined up to £20 a day, and this could include buses and lorries, as well as motorbikes.”

The 269-mile A9 is to be turned in an electric-enabled highway as part of the plans to cut emissions across the country. This would mean creating more charging points along the route, which has an 88-mile stretch without any charging points, as well as expanding the infrastructure already available.

Low-emission zones (LEZ) will be introduced in Scotland’s biggest cities, which would ban three-quarters of diesel cars and one in six petrol vehicles from the city centres. The first LEZ is due to be launched in Glasgow by the end of the year.

Motorists in high-emission vehicles driving through an LEZ could be fined up to £20 a day, and this could include buses and lorries, as well as motorbikes. Blue badge holders, emergency vehicles, bin lorries and night shift workers commuting when public transport is unavailable would be excluded.

LEZs are also due to be established in Edinburgh, Aberdeen, and Dundee by 2020. Other towns in Scotland would be designated as air quality management areas by 2023.

The Dutch Government confirmed in October 2017 that it is looking at plans to ban petrol and diesel vehicles by 2030, stating that all new cars in the Netherlands must be emission-free.

Plans were initially brought up in April 2016, considering an earlier target date of 2025 similarly to Norway. When plans were announced, 6.4% of the Netherlands’ cars were electric.

To encourage emission-free travel, a number of other policies have been introduced. Initiatives for plug-in vehicles were phased out in 2016 and remained only for all-electric zero emission vehicles. This saw the sale of hybrid vehicles decrease in parallel to an increase in electric vehicle purchases.

Meanwhile, Amsterdam has introduced a fleet of 100 electric buses operating at its airport and throughout the city. Electric buses are also in operation on some public service routes across the country, including in Ballum and Hollum.

As part of Project Ireland 2040, which was signed off in February, the country is planning to completely phase out non-zero emission cars by 2045 under the climate action scheme.

In order to reach this target, Ireland is aiming to have approximately 500,000 electric vehicles on its roads and stop the sale of non-zero emission cars by 2030. Irish Environment Minister Denis Naughten stated that hybrid cars would not be included as there would be no need for them.

Sales of new and imported electric vehicles were up by 40% in April compared to just a year earlier and the total amount of the vehicles on Ireland’s roads stands at 3,800.

Dublin Bus and Bus Éireann will only be permitted to operate electric buses from 2019 as part of the plan, helping reduce air pollution in the cities.

The project also includes a Renewable Electricity Support Scheme that will be used to provide up to 4,500MW of additional renewable electricity by 2030 to help reduce the environmental impact of electric cars.

In July, politicians passed a bill to completely divest from fossil fuels by withdrawing public funds from oil and gas companies. Ireland will be the world’s first country to sell all of its investments in coal, oil, gas and peat ‘as soon as is practicable’, which could be within five years.