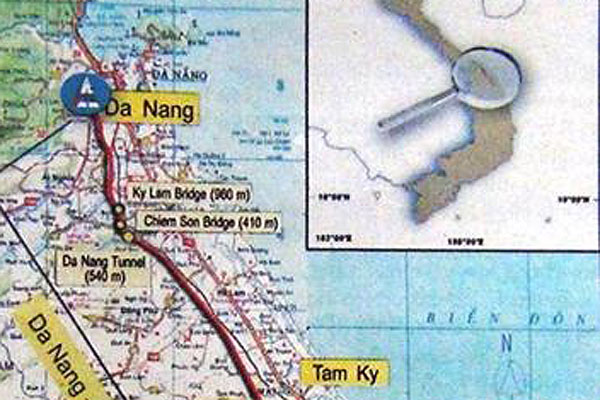 Vietnam has broken ground on the 140km-long Da Nang to Quang Ngai Highway, which is being constructed as part of the North-South Expressway.

The $1.47bn project is being funded by the World Bank (WB) and the Japanese International Cooperation Agency (JICA).

The remaining cost of the project will be financed by the Vietnamese Government.

The Da Nang to Quang Ngai Highway is expected to cut down the travel time between the provinces of Da Nang, Quang Nam and Quang Ngai. It will ease traffic congestion in the region, while enabling international transportation between Cambodia, Laos and Vietnam.

The highway will start from Hoa Vang District in Da Nang city and will run through Da Nang, Quang Nam and Quang Ngai provinces, ending at Nghia Ky in Quang Ngai.

The road comprises 131.5km of asphalt-concrete expressway and an 8km link road to National Highway 1A. It is 26m-wide and includes four lanes for vehicles to travel at a speed of 120kmph.

Image: The Da Nang-Quang Ngai Highway will cut down the travel time between the provinces of Da Nang, Quang Nam and Quang Ngai in Vietnam. Photo: courtesy of The Investment Promotion and Enterprises Support Agency of Quangnam Province.