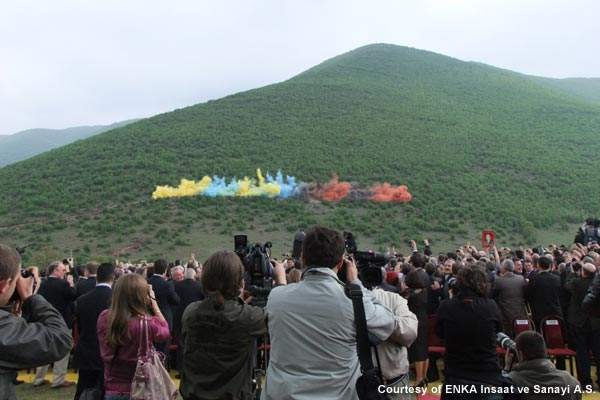 Part of the highway, the road between Rreshen (central Albania) and Kalimash (north-eastern Albania) was inaugurated on 26 June 2009. The project was completed in November 2013. 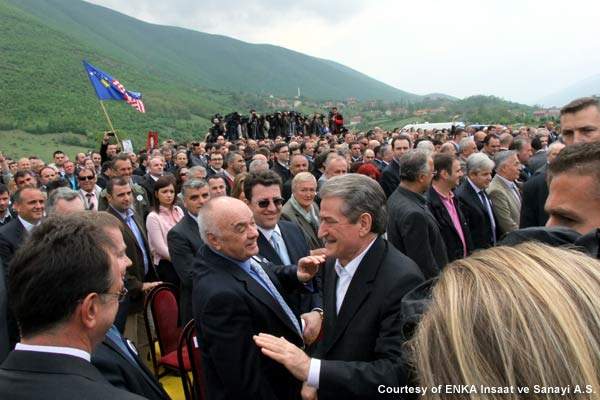 The Albania-Kosovo highway is known as the 'patriotic highway' and is intended to make the relationship between the two countries stronger. 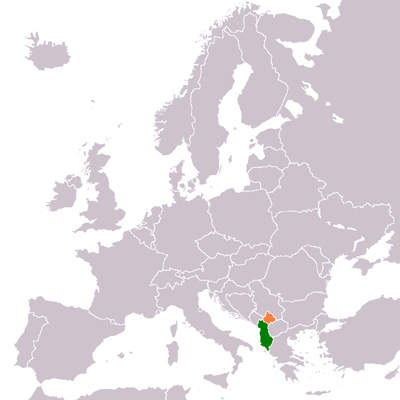 The Albania-Kosovo highway project is a four-lane road project between the two countries.

The four-lane Albania Kosovo highway project is biggest public works project in the country. Its initial cost was estimated at €600m but this has more than doubled during the course of construction.

The highway begins at the Albanian port of Durres and ends at Morine, located on the border of Albania and Kosovo. The designated route of the highway covers Durres, Rreshen, Reps, Thirra, Kalimash and Morine. It is 170km (105 miles) long and comprises two lanes on each side. The highway reduces the travel time from the current six hours to two, with an estimated speed of 80-100km/h.

“The initial cost of the project was estimated at €600m but during the course of construction this has more than doubled.”

In February 2010, the Kosovo Government announced the highway project. Known as the Morine-Merdar motorway, the road runs from Morine (Albania border) to the capital of Kosovo, Pristina. The highway provides Kosovo a simpler access to the Adriatic Sea through Durres.

The project was financed by the governments of Albania and Kosovo. The total cost of the highway is estimated at €1bn ($1.4bn).

The highway is expected to boost the tourism industry in Albania. As most tourists to Albania come through Kosovo or Macedonia, the laying of the highway makes it much easier to travel to the Durres port and the Adriatic Sea.

The Rreshen-Kalimash motorway of the project includes 61km (38 miles) of road and is a key component of the project. The motorway project is divided into three sections, a 19km stretch from Rreshen to Reps, 27km from Reps to Thirra, and 15km between Thirra and Kolshi.

“The highway reduces the travel time from the current six hours to two.”

One tunnel and 27 bridges have been constructed through the steep and mountainous terrain. There are 17 bridges in the area from Reps to Thirra.

The most challenging part of the project was the road between Rreshen and Kalimash, which is around 61km-long. Constructed by a Bechtel-Enka joint venture, the cost of this road section increased tremendously.

The use of a hydro-powered electricity grid instead of diesel generators has helped in reducing the carbon footprint of the project. As a result, CO2 emissions have dropped by 613,000lb (278,000kg) each month.

The Rreshen-Kalimash motorway’s third section of road between Thirra and Kolshi included Mt Runes at an elevation of 1,858m. Laying road on Mt Runes proved to be a challenge for the engineers. It was decided that the best way of navigating through the mountain was to construct a tunnel through it.

“The highway passes through a 5.5km-long double-bore tunnel across Mt Runes.”

Another challenge was the transportation of construction equipment and material. As approximately 3,800 people worked on the project, there was the additional responsibility of feeding, clothing and housing them.

The highway passes through a 5.5km-long double-bore tunnel across Mt Runes, which was designed by Egis Route of France. Construction works on the tunnel began in May 2007 and were completed with one tunnel tube inaugurated in June 2009. The south-bound tunnel was completed in July 2010.

All four faces of the two tubes of the tunnel were worked on simultaneously. During tunnel construction, the tunnelling team encountered five classes of rock.

A partial collapse occurred at a 50m section in the central-south bore of the tunnel in November 2009. No injuries or equipment damages were reported. The collapse occurred because of heavy overbreak (during excavation) at a geologically complex area inside the tunnel and has delayed the completion of the south-bound tunnel. Only the north-bound tunnel was opened as per schedule in June 2009.

The contract for the construction of road between Rreshen and Kalimash, which constitutes more than one-third of the whole project, was awarded to a joint venture of Bechtel, a US-based engineering company, and Enka, a Turkey-based construction company. The contract was awarded in September 2006 and a majority of the construction works were completed in June 2009. The Rreshen-Kalimash motorway consists of 61km segment of road and includes a 6km tunnel.

The rest of the highway motorway was constructed by Enka.