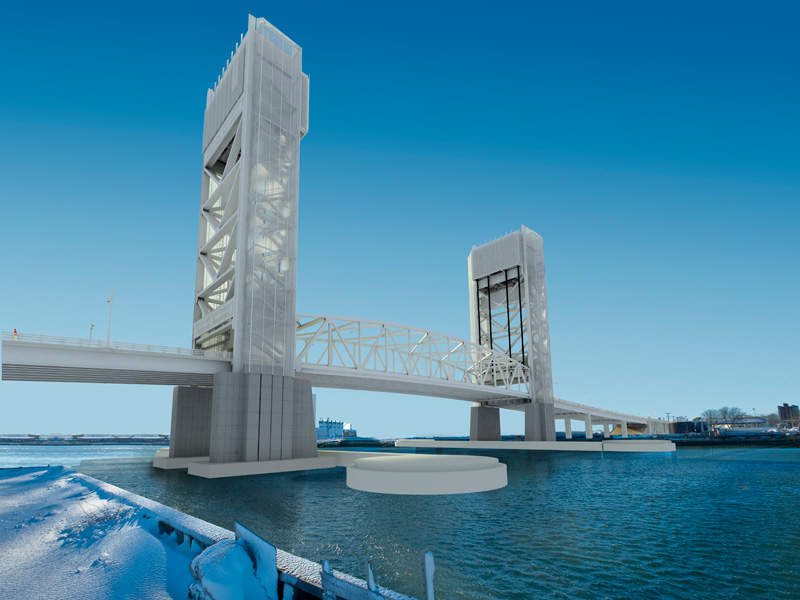 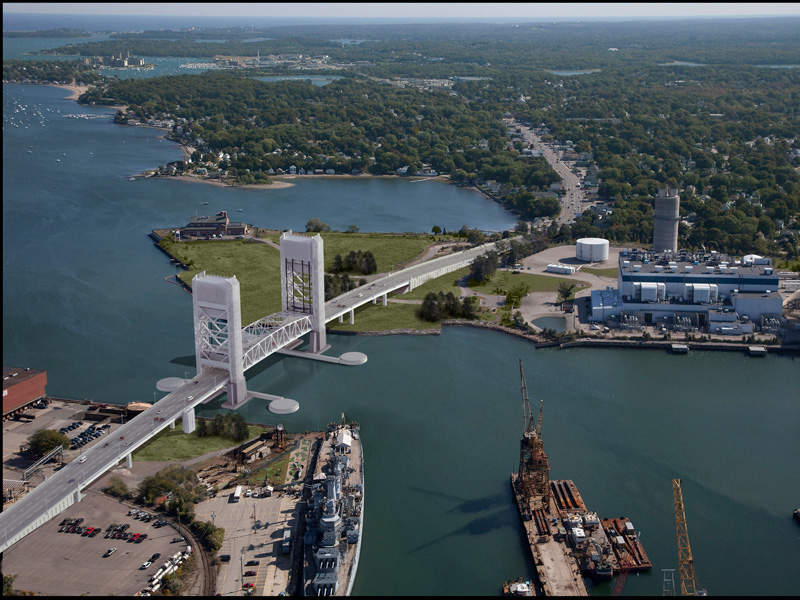 The bridge connects the towns of Weymouth and Quincy in the Boston Metropolitan area. Credit: Commonwealth of Massachusetts. 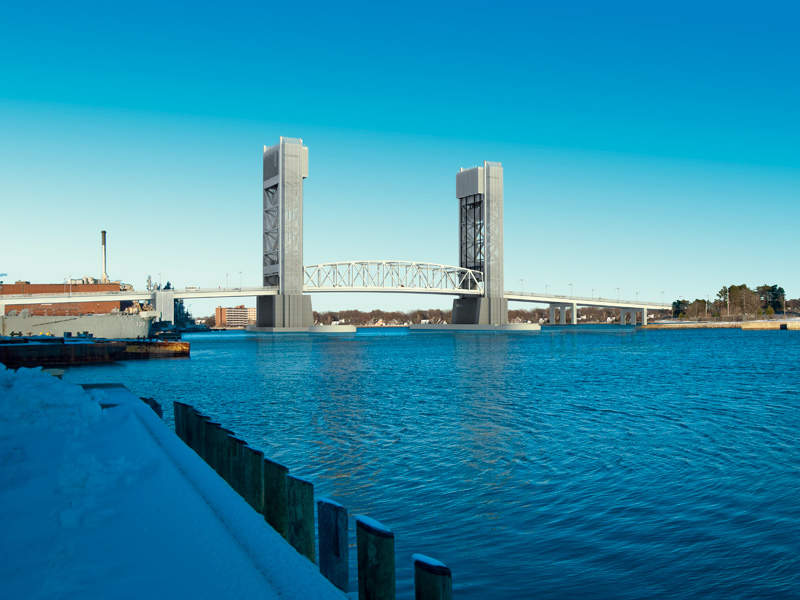 The replacement bridge will have a steel vertical lift with six approach spans and a single movable span between two towers. Credit: Commonwealth of Massachusetts. 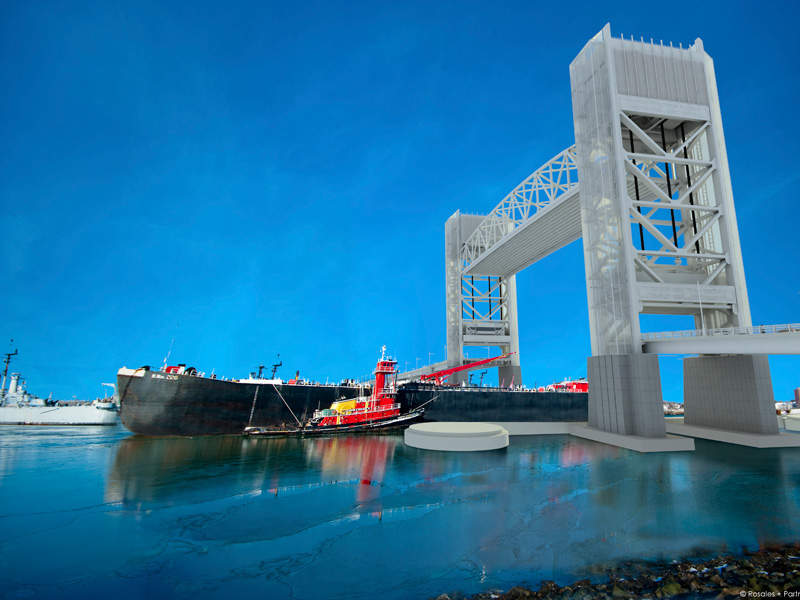 The new bridge will have a 76m navigable opening. Credit: Commonwealth of Massachusetts.

The Fore River Bridge links the towns of Weymouth and Quincy in the Boston Metropolitan area in the US. A swing bridge on the Fore River over Route 3A was first constructed in 1902 only to be replaced by a bascule bridge in 1936, which was deteriorated and further replaced by a temporary structure in 2002.

The Massachusetts Department of Transportation (MassDOT) initiated a three-year planning process to determine the best replacement for the structurally deficient current temporary bridge in 2009. MassDOT decided to replace it with a steel vertical lift bridge, which will have six approach spans and a single movable span between two towers.

The construction of the replacement bridge began in November 2012 and is expected to be completed by 2018.

The temporary bridge is currently being used by approximately 32,000 vehicles a weekday along Route 3A between Quincy and Weymouth.

Design and features of the replacement bridge over Fore River

The new replacement bridge will include three approach spans each on the Quincy side and on the Weymouth side. It will include the main span with 91.5m-high lift towers at either end. It will have two 12ft eastbound and two 12ft westbound lanes, and a five-foot bicycle lane and a sidewalk in both directions. It will also have a 6.5ft sidewalk on the movable section and 9ft on the approach spans.

The new bridge design was selected to minimise environmental and right-of-way impacts and for ease of construction staging and fewer bridge openings. It will have a 250ft (76m) navigable opening and will be provided with a stainless-steel high-strength mesh surface that will be attractive throughout the day.

The bridge will be illuminated with blue LED lighting for enhancing the gateway experience across the river and the South Shore. It will have a quiet-riding asphalt deck too.

Construction on the replacement bridge began in November 2012. Construction of all foundations and steel erection, as well as installation of replacement shelves for both the Quincy and Weymouth towers, was completed by February 2016.

Construction of the bridge’s lifting span was completed at the Fore River Shipyard. Northerly dolphin and fender system were installed to protect the bridge from a collision with ships. Retained approach roadway works in Quincy and Weymouth have been constructed.

The off-site intersection improvement works for the changeover period between the existing bridge structure and the new replacement bridge has been completed.

The joint venture consisting of J.F. White Contracting Company and Skanska was awarded a $244.6m contract for the construction of the replacement bridge in August 2012.

Howard Stein Hudson (HSH) was contracted to provide a traffic management plan to minimise disruption to commuters and the community during construction.

The bridge replacement is estimated to be completed with a $244.6m investment, which will be funded through MassDOT’s Accelerated Bridge Programme (ABP). The $3bn programme is aimed at reducing the number of structurally deficient bridges in the state.