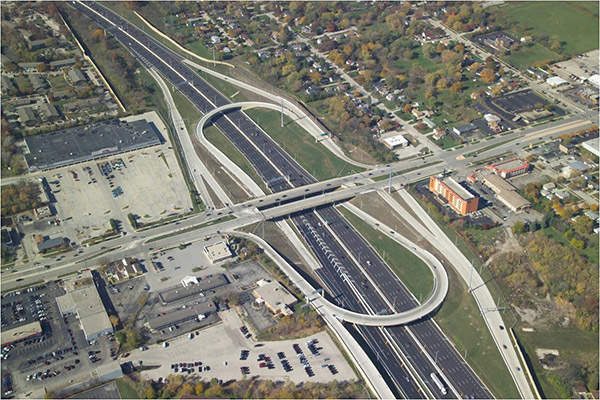 Mitchell Interchange has been reconstructed with significant design changes to remove left-hand ramp movements making all entrances and exits from the right. 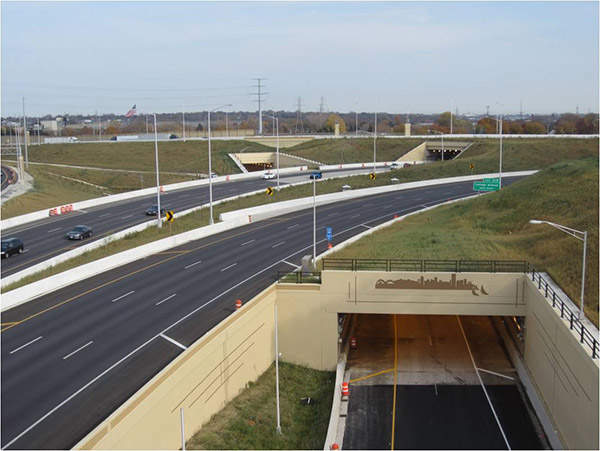 Mitchell Interchange reconstruction, which was the most complex project of I-94 North-South Freeway Expansion, was completed by the end of 2012.

Three new tunnels were constructed as part of the Mitchell Interchange reconstruction project.

The I-94 North-South Freeway Expansion is a $1.9bn reconstruction project in Kenosha, Racine and Milwaukee counties of southeast Wisconsin. It is the largest road project ever undertaken by the Wisconsin Department of Transportation (WisDOT).

The project aims to relieve traffic congestion and improve the safety of the I-94 North-South Corridor, which stretches 35 miles (56.3km) from the city of Milwaukee to the Illinois state line. The project will widen the corridor from six to eight lanes and redesign 17 interchanges on the corridor.

The construction of the freeway project started in 2009. As of December 2012, the project was 43% complete. It is expected to be fully complete by 2021.

The project is planned to be funded 31.2% by federal government, 68.2% state government and the remaining through local funding.

History of the I-94 North-South corridor

“The project aims to relieve traffic congestion and improve the safety of the I-94 North-South Corridor, which stretches 35 miles from the city of Milwaukee to the Illinois state line.”

The I-94 North-South corridor had been resurfaced thrice since its original construction over 50 years ago. Increased congestion, high crash rate and outdated traffic design, however, warranted a systemic reconstruction of the corridor.

The Wisconsin Department of Transportation (WisDOT) started environmental study for the reconstruction project in 2006. The Record of Decision for widening the freeway along with design improvements was approved by the Federal Highway Authority (FHWA) in May 2008. The project started with the reconstruction work in Milwaukee County in 2009.

The current traffic volumes along the I-94 N-S corridor range between 76,000 vehicles and 161,400 vehicles per day. The reconstruction project aims to expand and improve the corridor in order to efficiently accommodate the current and the anticipated increase in traffic volumes.

The freeway expansion encompasses an array of sub-projects. A total of 349.2mi (561.9km) of the I-94 runs through Wisconsin. The current project will reconstruct 35mi (56.3km) of the highway passing through Kenosha, Racine and Milwaukee counties.

Rebuilding the existing roadway includes construction of an additional lane in both northbound and southbound directions on the mainline. It also includes reconstruction of frontage roads and as many as 17 interchanges within the project limit.

The interchanges that are being improved as part of the project include those in Milwaukee County, Racine County and Kenosha County.

Mitchell Interchange in the Milwaukee County is the most significant redesigning project among all the interchanges.

The I-94 N-S Freeway expansion is being implemented in phases. The reconstruction of the entire 35mi (56.3km) is scheduled to be completed by 2021.

As of December 2012, certain critical phases of the project including the works of Mitchell, Airport Spur and Layton Ave interchanges were complete.

The projects scheduled for implementation in 2013 are Rawson Ave Interchange Project in the Milwaukee County, County G to WIS 20 Frontage Roads Project in the Racine County, and the I-94 Mainline Project from WIS 50 to WIS 142 in the Kenosha County.

Design changes and traffic Management of I-94 N-S corridor

The I-94 N-S Freeway expansion is scheduled to be completed by 2021.

Whereas, the interchanges in Racine/Kenosha that have crisscrossing scissor ramps will be replaced with diamond ramps to separate the frontage roads from the exit/entrance ramps.

Integrated 3D model visualisation and 4D simulations were used for better planning and coordination of the Mitchell Interchange’s reconstruction, considering the complex redesigning structure of the interchange.

The construction of the three tunnels was completed by the end of 2011 using cut-and-cover method. The tunnels are 585ft, 744ft and 645ft in length. Each tunnel has a minimum height of 16ft 9in and a travel lane of 12ft width having shoulders on both the left and right sides.

U.S. Route 460 is a part of Route 60 that extends between Norfolk, Virginia and Frankfort, Kentucky. It stretches approximately 1,060km, connecting many major cities in Virginia and the Commonwealth of Kentucky.

The general contractor for the Mitchell Interchange project was a consortium of constructors led by Lunda Construction, Edgerton Contractors and Michels Corporation.

The design for the Mitchell Interchange was provided by Milwaukee Transportation Partners (MTP), a joint venture of CH2M HILL and HNTB, and WisDOT South East Freeways.

The contractors for other parts of the project include Zignego, CW Purpero, Walsh Construction Group, Highway Landscapers, Zenith Tech, Hoffman, J & A Pohl, Habermehl Electric, and Payne and Dolan.