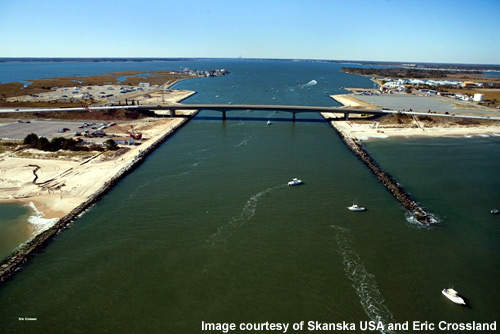 The old Indian River Bridge had problems with erosion of its piers. 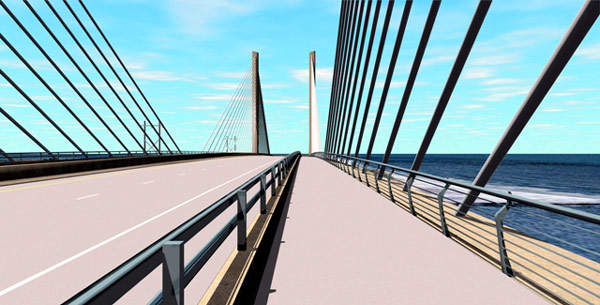 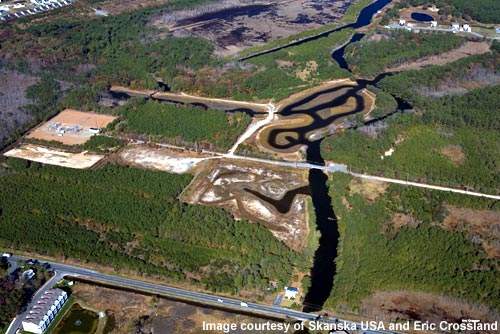 There were some subsidence problems with ramps for the new bridge, which has led to some redesign and additional funding. 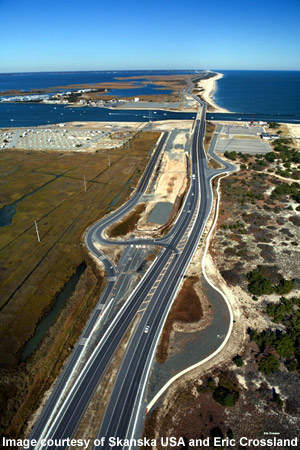 The new bridge offers an additional clearance for shipping. 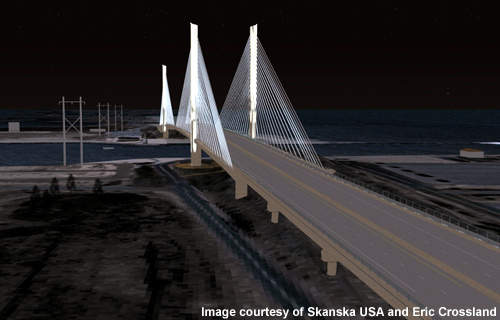 There are two lanes each way for traffic and also a pedestrian accessible path on the eastbound side.

The new Indian River inlet bridge, also known as Charles W Cullen Bridge, replaced the old bridge across the Indian River Inlet, between Rehoboth Beach and Bethany Beach in Sussex County, in the US state of Delaware.

The old bridge suffered from tidal erosion, because exposure of the steel ‘H’ piles to saltwater has caused problems and it has come to the end of its useful life.

The old bridge, a three-span concrete deck bridge, only had support piers in the water and no supporting towers. The new bridge was initially planned to open in 2011, but due to some constructional defects the opening took place in 2012. The old bridge was eventually dismantled.

The construction cost of the new bridge was $150m, which was $20m higher than the original estimate and had caused some controversy.

A problem with the construction of the ramps (to lead into the new bridge) in 2006 has led to a change in the ramp design. In the original design, the ramps were sinking more than required.

The new ramp design includes piers instead (piles sunk into soil). The fault was blamed on a geotechnical survey carried out prior to the ramp construction. To involve the public in the design of the new bridge, DelDOT (Delaware Department of Transport) called for a public vote between 27 April and 11 May 2009 on the choice of lighting fixtures on the pedestrian walkways, the colour of the cable stays, and the design on top of the pylons.

The new bridge design includes two 240ft towers on each side of the bridge with single plane cable stays. The foundations for the two towers are supported by 36in square piles (produced by Bayshore Concrete Products).

This radical change in design from the original bridge means that all supports are out of the water, so erosion caused by saltwater to the structural elements will not be a problem.

The clearance from the deck to the water is 45ft (old bridge – 35ft clearance) to allow for navigation of shipping along the river. There are two 12ft travel lanes, a 10ft outside shoulder, and a 4ft inside shoulder in both directions.

In addition, there is a single 12ft-wide sidewalk accessible from the east side of the bridge. There are also reduced embankment heights leading into the bridge for a more open view of the estuary.

The flawed ramps built in 2006 using around 250,000 cubic yards of sand, stone and the taller half of the approaches (between 150,000 and 180,000 cubic yards) were removed in the new design. DelDOT spent approximately $8.1m to build the ramps with the section removal costing about $6m.

Removing the sections took 100 days starting in April 2008, costing $2.7m. A longer bridge length was required because of the continuing problems encountered with the approaches for the new bridge. The embankments underwent settlement beyond the original predictions and shifted leaning toward the west impacting on adjacent roads.

Repair works on the cracks that appeared on the bridge deck were initiated in September 2010 and were completed by December 2010. The bridge has 152 stay cables. It was opened to traffic with one of the four lanes in January 2012. The other lanes were opened in May 2012. The approach roads and local roads were improvised as part of the project. The bridge demolition and the entire project were completed in 2013.

In February 2008, DelDOT awarded the contract for construction of the bridge to Skanska Southeast (Bayshore Concrete Products who built the concrete piles are a subsidiary of Skanska Southeast).

FINLEY was contracted to deliver preliminary bid design, autonomous peer review and construction engineering services. The design of the bridge was carried out by Figg Engineering Group and the structural engineering contract was awarded to Buckland & Taylor.

Additional contractors, including PCL Civil Constructors and VSL International, O’Connell & Lawrence, were asked by DelDOT in February 2008 to investigate the problems with the original ramps for the new bridge.

In February 2011, Dover-based George and Lynch won the contract for the demolition of the old bridge and the construction of roadway approaches.